2017 was Melbourne's year of the skyscraper

This article was originally published by Madeleine Heffernan & Craig Butt on JANUARY 24 2018 via theage.com.au

A record number of apartments were built in Melbourne's inner-city last year, and the skyscrapers housing them are getting taller.

More than 10,000 apartments were built in the Melbourne City Council area, predominantly in the CBD, Docklands and Southbank.

While the CBD apartment boom has been a boon for council and construction jobs, experts say it has led to shoddy apartments and questionable quality of life for residents.

The Victorian president of the Australian Institute of Architects, Vanessa Bird, said apartment living close to work, transport and infrastructure was "more sustainable than continually releasing green field sites further and further away from services" but that the finished product was lacking.

She said many of the newly finished buildings were approved when there were fewer regulations in place.

"Unfortunately, architects are still not mandated on apartment projects as they are in NSW to ensure design quality and public safety," Ms Bird said.

More than 4500 apartments were completed in the CBD last year, almost 2200 in Docklands, and just over 900 in Southbank. 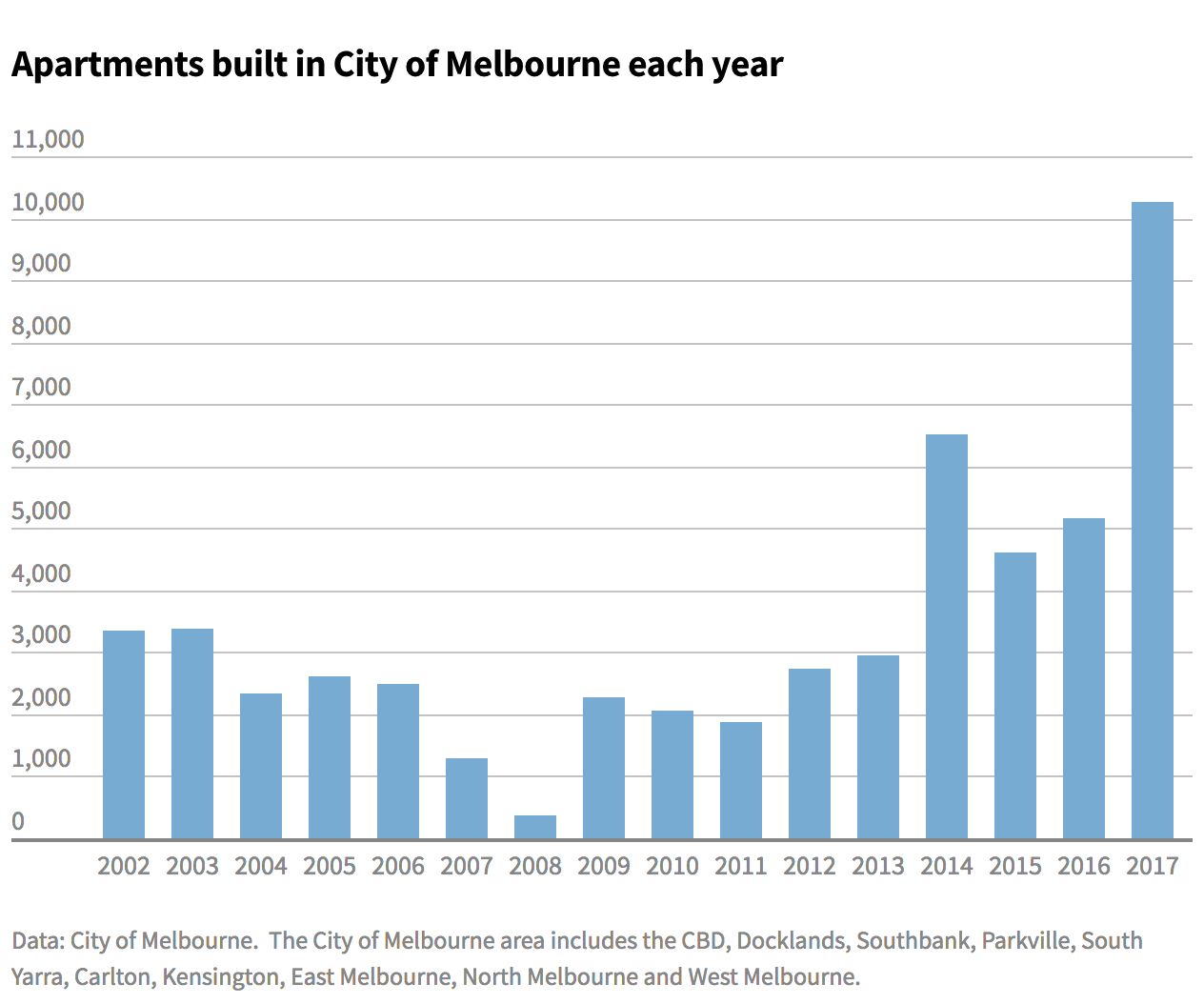 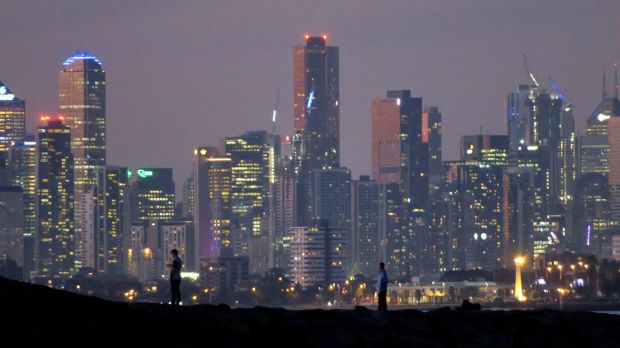 More than 10,000 new apartments were completed in Melbourne last year. Another 13,512 are currently under construction.  Photo: Leigh Hennigham

The rest were in areas including Carlton, Parkville, North Melbourne and West Melbourne.

Those units were housed across 46 new buildings, including the 70-storey Light House tower on Elizabeth Street.

The site of the former gasworks on Lonsdale Street now houses four residential towers, including a 54-storey building with more than 680 apartments. 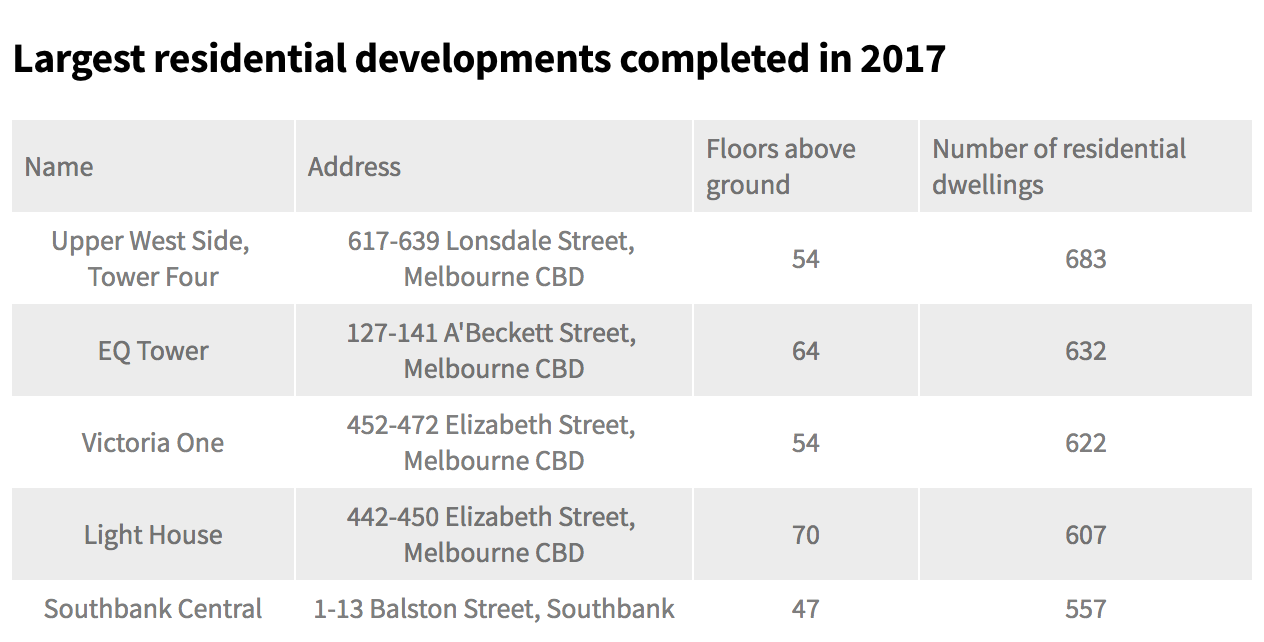 The average height of new developments has been growing each year since 2011, and reached an average of 20 storeys last year.

"It's particularly important for high rise residents because people are packed in so closely, I would argue they would have an even greater need for open space," he said.

"We've got this challenge of open space being under more pressure, and being able to find a tranquil spot may be very hard at peak times."

He said Melbourne was over-reliant on city living, and had failed to properly develop its inner suburbs or properly service its outer suburbs.

The surge in CBD high rises comes amid controversy over plans to bulldoze Festival Hall in West Melbourne and replace it with a multi-million dollar apartment complex.

Foreign investors were "starting to think twice" about investing in Melbourne's city hotspots in the wake of increased fees for foreign purchasers and banks cutting back on interest-only loans and residential development lending, he said.

"I expect [the market] to be subdued until the fourth quarter at which point the vacancy rate and demand from new migrants plus students will be so obvious that policy will have to change in government and with banks."

"With these projects now reaching completion, we are seeing increased interest in new student accommodation, hotel and office space developments," he said.