And househunters wanting to live within 10km of the city face medians above $700,000 and even $800,000, unless they opt for Braybrook or Maidstone.

But the report by Aussie Home Loans and CoreLogic shows that while the affordable portion of Melbourne’s market is shrinking as house prices rise, the city’s situation is far less dire than Sydney’s.

Aussie chief executive James Symond said Melbourne’s median house price of $693,886 was $300,000 cheaper than its northern rival, where there were only two suburbs left within 20km of the CBD with medians below $800,0000.

The report names Melton, 34km west of the CBD, as the cheapest place to buy a house in metro Melbourne with a median value of $284,915.

The fact Melbourne property values dipped “for the first time in ages” last month should also be encouraging for buyers, she said: “We may see more moderate conditions going forward. And if prices start to grow more in line with wages, affordability with improve.”

YPA, Glenroy, agent David Taylor said buyers seeking a bargain in Hume had better get in quick, as developers, Sydney-based investors and homebuyers from Melbourne’s east had been pushing up prices in Broadmeadows, Jacana and surrounds.

Longtime Jacana resident Leanne Heywood said her suburb was “the perfect place” for young families to enter the Melbourne market, as it was quiet, close to schools, and just “25 minutes to town on the Ring Rd”.

Ms Heywood is auctioning her three-bedroom brick house at 52 Hales Cres at 2.30pm on Saturday, with price expectations in the low-$400,000 range. 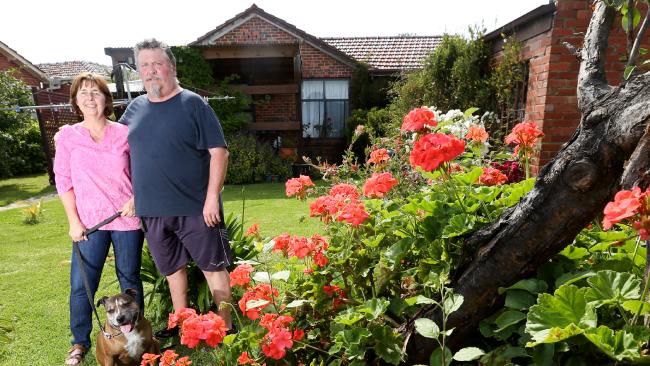 For houses within 10km of the CBD:

For houses within 20km of the CBD:

For units within 10km of the CBD:

For units within 20km of the CBD: