Airbnb could be key to recouping cost of investment properties, report claims

The fat profit margins Airbnb hosts can reap on their properties are proving more attractive than the money Aussie investors can make as traditional landlords, a new study has found.

A new global index comparing how long it took to make back the value of a property via Airbnb versus the conventional rental market named Sydney, Perth and Melbourne in the top 50 global cities where owners could recoup costs quicker via the sharing platform.

The data, from London-based online estate agent Nested, shows a three-bedder in Sydney — one of the most expensive cities on the list in terms of both average prices and rents — would take 315 months, or about 26 years, to pay back if renting it out to traditional tenants. The same property would take just under seven years to pay off via Airbnb rates.

In Perth, it is about 24 years as a normal landlord versus seven years as a host, while in Melbourne, it would take 25 years as a landlord or 10 years as a host for investors to make the return on their investment. The data looked at the average 12 month price of an Airbnb rental and assumed the property would be rented 80 per cent of the time.

Brisbane ranked 57th of the 75 cities researched; it would take 22 years as a landlord and 12.5 years as a host for a recoup the purchase cost.

Durban in South Africa topped the list as the fastest city worldwide to recover property prices via Airbnb, at 18 months. 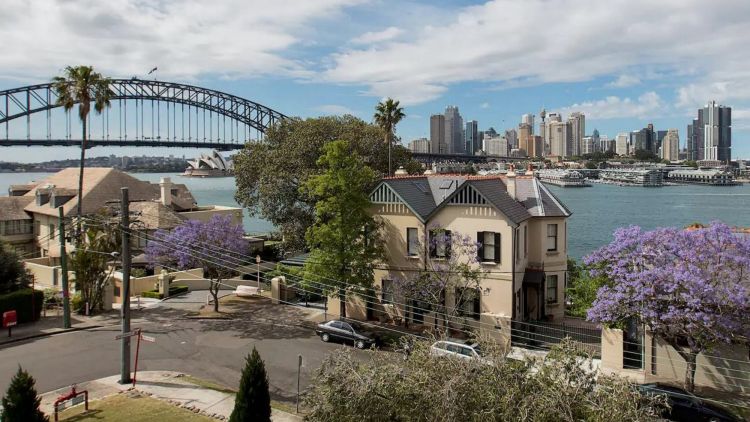 Airbnb properties in Sydney, such as this one in Lavender Bay, take almost 20 years less to recuperate their value.
Photo: Darbs Darby (Andrew Darby)

The figures have again sparked discussion about the impact Airbnb may have on the availability and cost of rentals in Australian capital cities.

Agents and developers previously said there was a growing trend of both mum and dad investors, chasing bigger profit margins on the platform, and opportunistic tenants, illegally subletting their rentals, wanting to mine the golden age of Airbnb in cities such as Melbourne.

University of Melbourne researcher Andy Krause, who is researching the full impact of Airbnb on Melbourne’s rental market, said the index had brought the issue to the point of discussion, though he felt the methodology was misleading.

“It’s certainly a question a lot of people are asking,” said Dr Krause. “But the problem is they’re comparing apples with oranges.”

He said using a city’s median house price took into account all properties in the metropolis, but Airbnb was often a very localised market within a city. He also question the high 80 per cent occupancy rate, saying such a rate would be out of the ordinary in Melbourne.

“It makes it sound like Airbnb is a better investment in all properties in all these cities and that’s simply not true,” he said. “I think that Airbnb certainly has a peak — there’s only so many tourists and only so many that want that experience. I expect we sill start to see some occupancy rates to come down as more people are rushing into it and the market itself will help correct a little bit of it.”

As the world continues to grapple with Airbnb’s disruption to the housing market, some cities such as Berlin and Paris have placed restrictions on the types of properties and the length of time landlords can rent out their properties on such sharing platforms.

In Sydney last year, a young couple claimed they were evicted from their Kirribilli unit, only to find the small two-bedroom flat advertised on Airbnb for more than triple the price, with a capacity to sleep nine.

A rise in illegal subletting by tenants, a ripple effects of the Airbnb phenomenon, also played out in Melbourne courts last year, while concerns over the nuisance of ‘party pads’ continues to be the subject of debate in Victorian parliament.

This article was originally published by Kirsten Robb on the 24 Jan 2017 via domain.com.au