With house prices on the rise, more people than ever before are seeing living in apartments as a long-term lifestyle choice, opposed to a stepping stone on the way to securing a house. 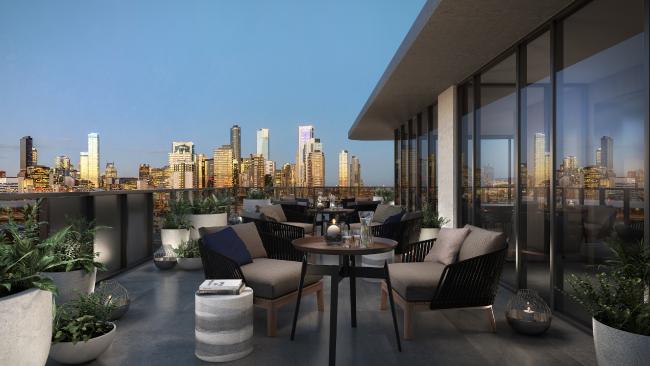 More Melburnians are looking to upgrade from apartment to apartment.Source:Supplied

“In Sydney, the idea of long-term as opposed to temporary apartment living is well established,” Mr Buxton said.

“However, it has really only been in the last five years that this has come to be a factor in the Melbourne market.”

Mr Buxton said the strong house price growth Melbourne experienced over that period (32.7 per cent, according to CoreLogic) had pushed more people into buying apartments.

“Then what we are finding is that a lot of people are falling in love with the amenities, as well as the inner-city and low-maintenance lifestyle that are on offer in apartment developments.” 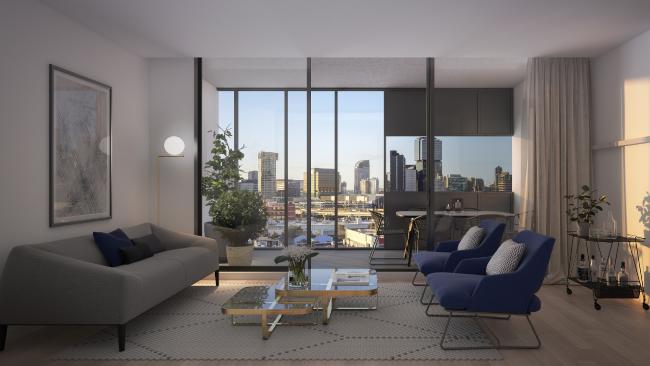 “There are people who buy an apartment in their 20s or early 30s because they can’t afford to buy a house,” he said.

“They then fall in love with the lifestyle and continue to upgrade from apartment to apartment as their bank account allows them.

“Then you have young families, who might have two kids and need a three-bedroom property so buy an apartment for affordability reasons.

“However, once they move into an apartment development they realise the ease of living and decide to make it a more permanent choice.”

The third category was downsizers who moved into an apartment after selling their family home, and then moved between apartments to “fine tune” what they were after. 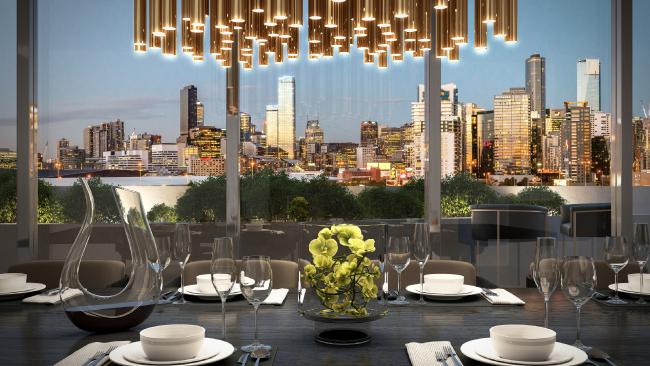 Colin Kleine, the buyer of one of the penthouses at development SOUTH, which is being sold by Bluestone, is a self-described “apartment hopper”.

“I’ve never wanted to live in a house in the suburbs. I love living in apartments, always have,” Mr Kleine said.

“They offer a higher level of safety and security, and it’s much more low maintenance than a

SOUTH’s inner-city location was a drawcard for Mr Kleine, who wanted an easy commute to his job in the CBD.

“Part of the reason I’ve always lived in apartments is because of the location. I like to keep busy, so being able to walk to dinner or the shops whenever I feel like it is a huge benefit,” he said.

“Being at SOUTH with the South Melbourne market nearby, as well as the beach and city, is perfect for me.” 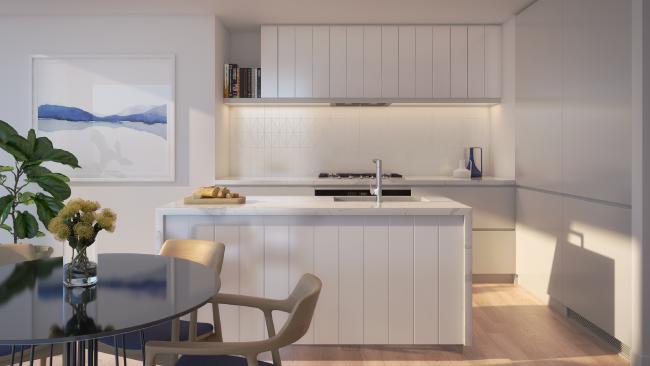 Colliers International director Brett Griffith agreed the number of “apartment hoppers” was on the rise.

“We’re seeing a growing number of purchasers who are hopping between buildings every few years, chasing the very best in new amenity or designer perks,” he said.

“Due to the growing acceptance of luxury apartments as a viable living option for owner occupiers, and because it’s been such a competitive market in the past five years, developers have really had to step up their game in terms of what they’re offering.”

Mr Griffith said this had been apparent in luxury development Magnolia.

“A third of the buyers at Magnolia to date already live on St Kilda Rd,” he said.

“It’s not at all surprising, considering the amenities at Magnolia are some of the best I’ve seen.

This article was originally published by Jordan Marshall via Herald Sun on the 4th July 2017.