This article was originally published by SAM JACOBS on Nov 20, 2017 via businessinsider.com.au

Sydney property prices are down 0.5% over the past month, leading a continued cooling in Australian housing market. 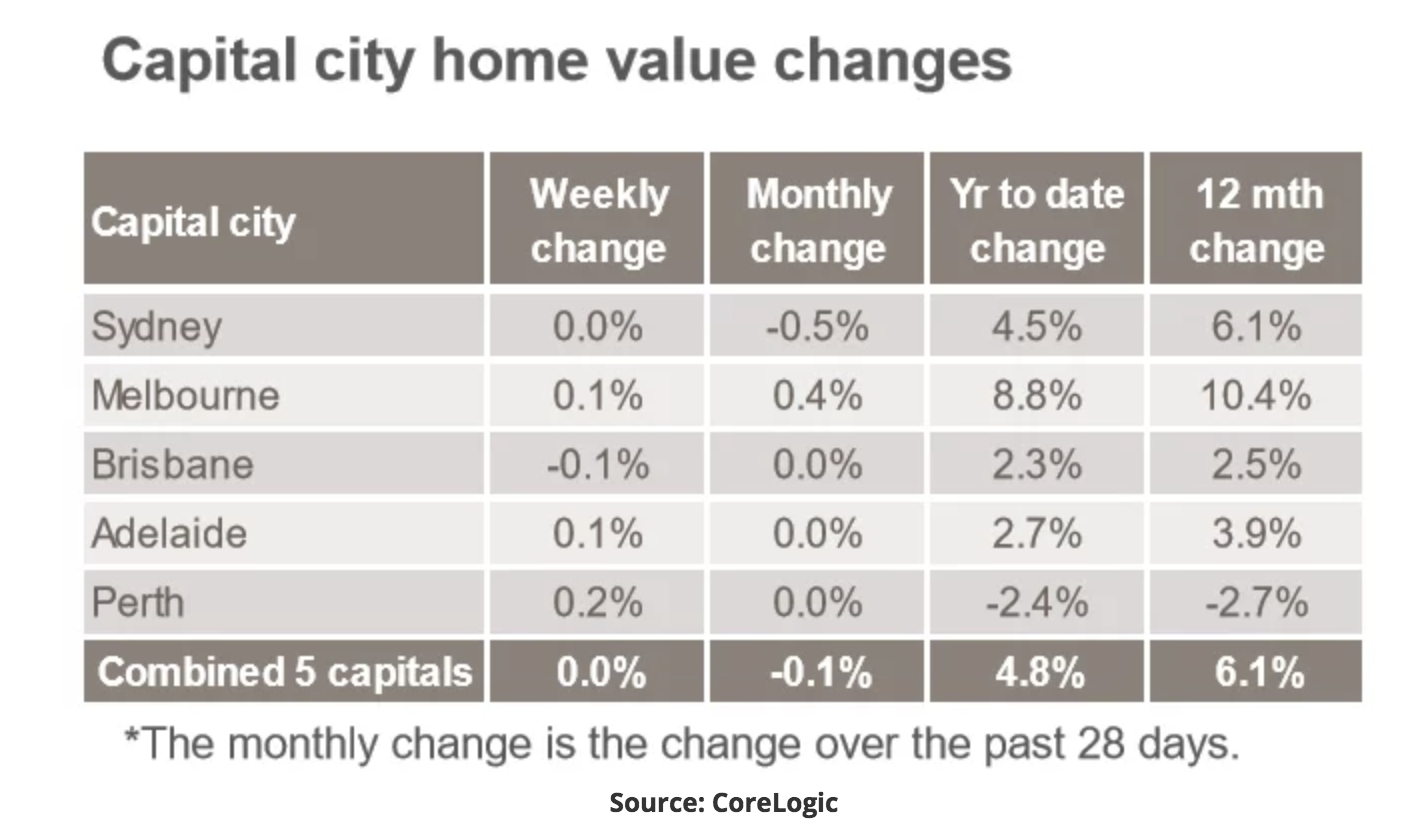 Melbourne property prices edged higher after falling flat in the week prior, while gains in Adelaide and Perth markets offset the previous week’s falls of 0.1% and 0.2% respectively.

On a monthly basis, last week’s price moves returned the markets in Brisbane, Adelaide and Perth to flat growth while the Sydney market continues to drag average prices lower for the month of November.

That leaves the national average for annual price growth at 6.1%, down from 6.4% in the previous week and 9.7% in the 12 months to the end of June.

The price action comes amid a noticeable downturn in auction clearance rates in the larger Sydney and Melbourne markets.

The weekend data showed a preliminary clearance rate of 61.5% in Sydney, which may fall closer to 55% when final figures are released on Thursday.

Nationally, it was busy weekend of auction activity as clearance rates continue to track lower from levels above 70% back in June.

“The combined capital cities returned a preliminary auction clearance rate of 65.4 per cent this week across 3,335 auctions making it the third busiest week for auctions so far this year,” CoreLogic said.

“The final clearance rate has remained below 65 per cent for the last 4 weeks and it’s likely that this will be the case again on Thursday when the final results are released.”

The total number of properties listed for sale across Australia rose to 116,197 last week, up from 115,487 in the previous week.

Those gains continue to be led by the Sydney market, as the number of listed properties remains more than 20% higher than the same time last year.

Properties in Hobart — which currently has the fastest rate of house price growth among all Australian capital cities — continue to be more tightly held, with the number of listed properties down 35.1% from 12 months ago.