This article was originally published by CHRIS TOLHURST on MAR 4, 2018 via domain.com.au

A worn-out house in Beaumaris that was marketed as a new home site soared $720,000 above reserve before selling for $3.72 million at a weekend auction.

The strong result for the 1940s house on a 1111-square-metre block at 2 Point Avenue, near Ricketts Point, highlights how free-title properties with development potential are faring better than some period-style homes in the current market.

On Saturday, several prominent Victorian homes that were affected by restrictive council heritage overlays failed to attract bids at their auctions. In contrast, other Victorian and Edwardian houses, not subject to heritage overlays, received offers from multiple bidders and sold strongly.

A home at 32 Lisson Grove, Hawthorn failed to attract any genuine bids at auction.

The real estate agent’s catchcry that “if you can knock it over, it’s worth more” was wholeheartedly embraced by buyers at auctions in Hawthorn, Balwyn North, Bentleigh East, Brighton and other suburbs.

Hodges auctioneer Michael Cooney fielded six bidders at the sale of 2 Point Avenue, which was quoted at $2.8 million to $3.08 million.

The property last changed hands in 1944 and is subject to a single dwelling covenant, meaning that a new house – but not multiple flats or townhouses – can be built on the site. 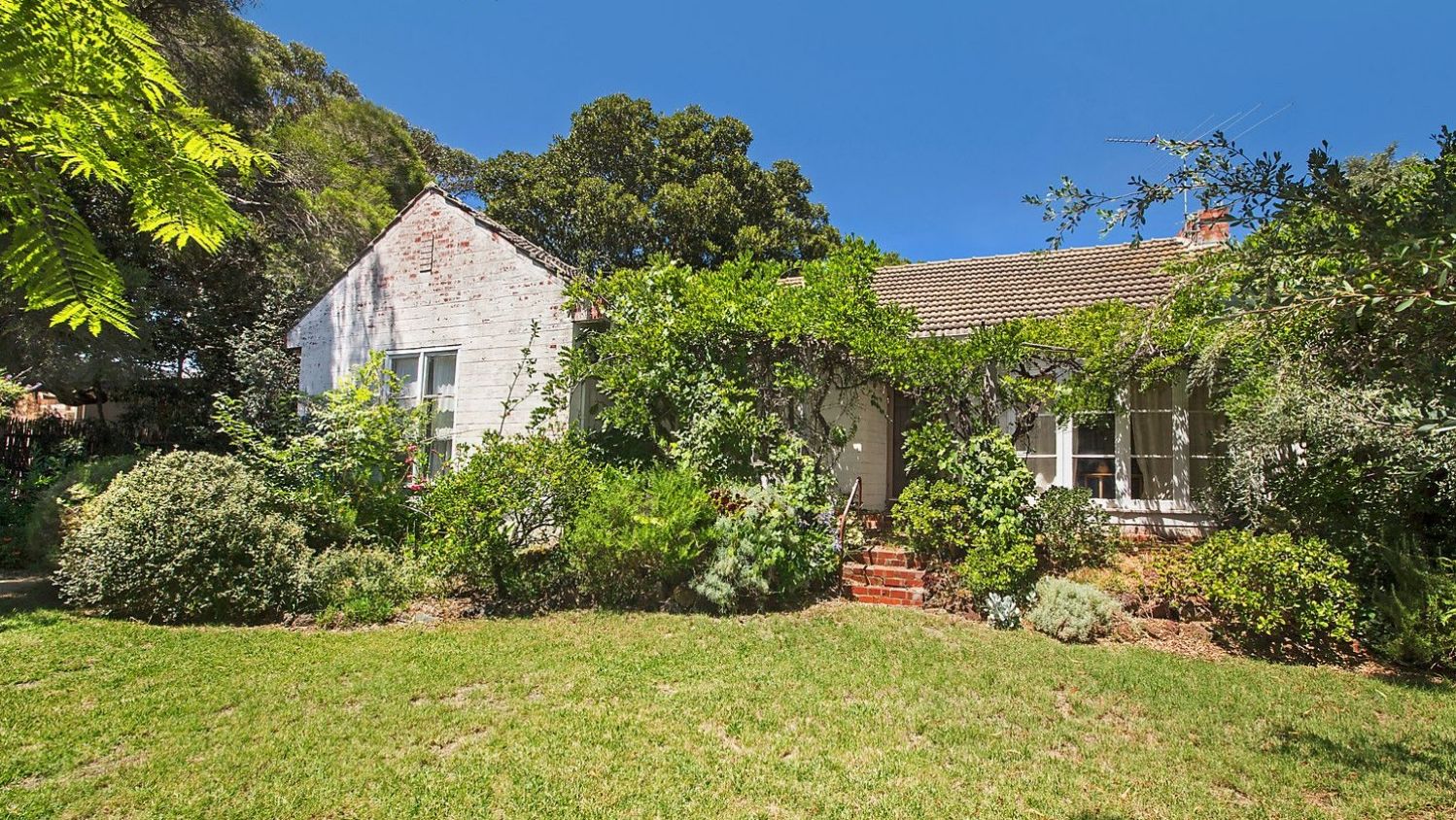 2 Point Avenue sold for $720,000 above reserve at auction this weekend.

That caveat didn’t stop the rare site from climbing $720,000 above reserve or the six bidders from posting 104 bids for the property.

“I haven’t had 104 bids for a while,” Mr Cooney said. “This is the number one spot in the Black Rock/Beaumaris area: the properties come up once every 10 years, if that.”

He added that demand for homes and knock-down-and-rebuild sites between $2.8 million and $4 million was very strong in the prized pocket, in part because the area had no designated high-density development zones.

This meant only townhouses could be erected on greenfield sites, a factor that was attracting families away from other Bayside suburbs experiencing more intense unit development.

Overall, the residential market trended down slightly at the weekend. The weekend clearance rate for metropolitan Melbourne was 65.7 per cent from 989 auction results reported to the Domain Group. This compares to 69 per cent from the 1085 auction results reported on the previous weekend, which the Domain Group has now revised down to 64.4 per cent after counting late reported results from February 24 and 25.

Heritage overlays are vigorously supported by hundreds of home owners in the Boroondara and Stonnington council areas and in other heritage-rich locales as they protect streetscapes from radical change.

On Saturday, Kay & Burton auctioneer Sam Wilkinson pointed out these sought-after benefits to a crowd of 80 at the auction of a beautifully proportioned Victorian home in need of some TLC at 32 Lisson Grove, Hawthorn.

But the pitch failed to generate any genuine bids for the 1671-square-metre property, which was passed on a single vendor bid of $5.7 million.

Buyer’s advocate and architect Adam Woledge said a five-bedroom Edwardian-style house at 66 Illawarra Road sold for $4.33 million through Marshall White with competition from three bidders. Meanwhile, a renovated and extended Victorian with five bedrooms at 59 Manningtree Road, which was quoted at $3.8 million to $4.18 million, drew offers from three bidders at its Abercromby’s auction before selling for $4.3 million.

Mr Woledge said these were strong results, adding that both properties were quality houses updated for contemporary living, but the absence of a heritage overlay provided an additional reason to purchase.

“The properties with heritage overlays are restrictive, and buyers are a bit tentative in the way they approach them,” he said.

At lower price points, overlays don’t have the same effect on demand.

The property was marketed by Biggin & Scott as “in need of total renovation” and the auctioneer, Andrew Crotty, declared it on the market with the first genuine bid of $1 million.

Competition from the three bidders – all young couples – pushed the house $405,000 higher to a final selling price of $1.405 million.

“It was a rundown shack on 200 square metres of land, which is a fair whack of land for Richmond,” Mr Valentic said. “What explains this result is that there are not enough houses in that area and people are paying premium prices.”

Property Mavens head Miriam Sandkuhler said the inner-Melbourne market was patchy. She noted that a cottage at 46 Glover Street, South Melbourne, which was passed in on Saturday by Greg Hocking Holdsworth on a low bid of $1.26 million from the sole genuine bidder, would have fared better last year.

“A pretty Victorian bordering Albert Park would have drawn multiple bidders late last year but today the house passed in for just $10,000 more than the vendor opening bid of $1.25 million,” she said. “The two-bedroom property had strong appeal to upsizers and downsizers.”

The top house sale reported in Melbourne on the weekend was for a property at 107 Esplanade, Williamstown. It fetched $4.75 million through Greg Hocking Elly Partners, although some other properties punched higher at public auctions where the price paid was not officially revealed.

In Hawthorn’s prized Scotch Hill precinct, five bidders pushed a six-bedroom residence with a pool and tennis court to a $9.01 million sale price. The Marshall White-listed house at 42 Berkeley Street was on the market at $8.675 million and sold to a family currently based in Melbourne’s south-east.

In general, the prestige segment looks to be in better shape than the market for $1 million to $2 million houses.

For example, a period home at 24 Turner Street, Malvern East, was listed last year with a single price quote of $4 million. The property was subsequently withdrawn from sale after getting few nibbles, but on Saturday a new agent, RT Edgar, sold it at auction for an upbeat sum.

The outcome of this auction suggests that three wounded under-bidders will be hunting for a similar standard property in the weeks ahead.