Could three-bedroom apartments be an affordable alternative for families and slow urban sprawl?

Most new housing being built in Melbourne is two-bedroom apartments, but should we be embracing three-bedroom designs to provide better options for families?

On Tuesday, Lochlan Sinclair, an architect and design manager at Neometro, will join a panel of experts at MPavilion to discuss High Density Happiness: In Defence Of The Three-Bedroom Apartment.

Mr Sinclair said he believed that in order for Melbourne to maintain its reputation as one of the world's most liveable cities, the design of apartment buildings must be reviewed.

"As a city, we need to start considering better housing for families in apartments," he told ABC Radio Melbourne.

"We're going through an unprecedented housing boom at the moment and we need to really start looking at apartment living as a bona fide option to ensure that we keep Melbourne's footprint at a reasonable size and a sustainable size, that doesn't put a heavy onus on our infrastructure."

Mr Sinclair said while there was a lot of discussion around the oversupply of apartments in Melbourne, the problem actually lies in the design of many of the buildings.

"I think it's probably a fair comment to say that we're building too many of the wrong type of apartments."

He added that longevity should be at the forefront of any apartment design.

"We need to be building good apartments and appropriately sized apartments so they're able to be lived in as a family home for a long duration." 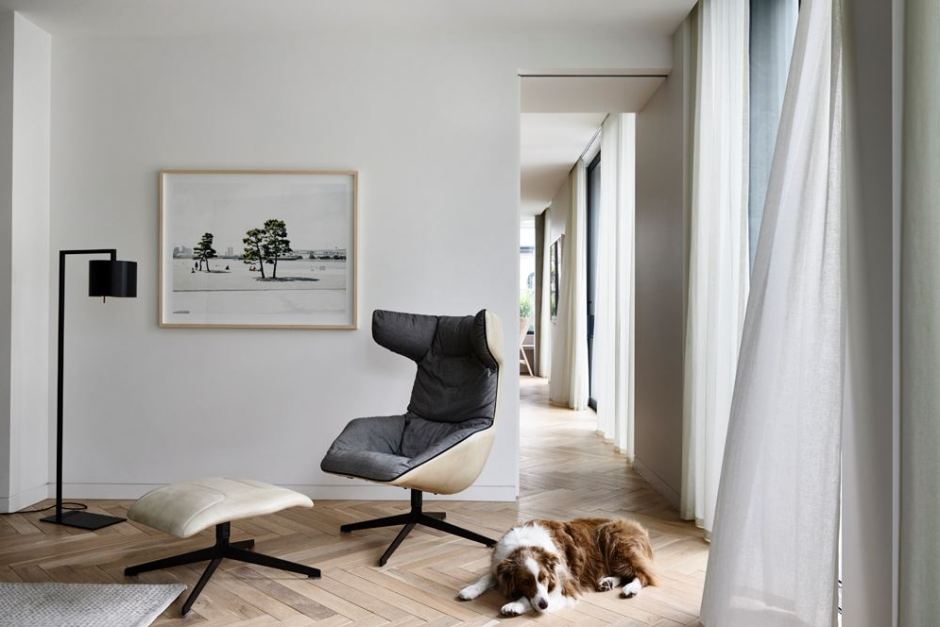 The interior of a three-bedroom apartment in Melbourne's CBD. Derek Swalwell

Is a three-bedroom apartment really affordable?

In recent years housing prices in Melbourne and many other Australian capital cities have reached unprecedented prices, however Mr Sinclair believes larger apartments could be a cheaper alternative to a standalone house.

"With apartment developments, there's obviously efficiencies that come into play that don't exist for individual houses," he said.

"If we're offering good, well-considered apartments in locations where most people are priced out of the market, we're offering an affordable alternative."

Essentially, he said they were both cities with good design principles.

"Typically apartments are built in dense areas which for families can be a good thing as there is established infrastructure."

Therefore he suggested that three-bedroom apartment buildings would help to establish well catered for community hubs while avoiding urban sprawl. 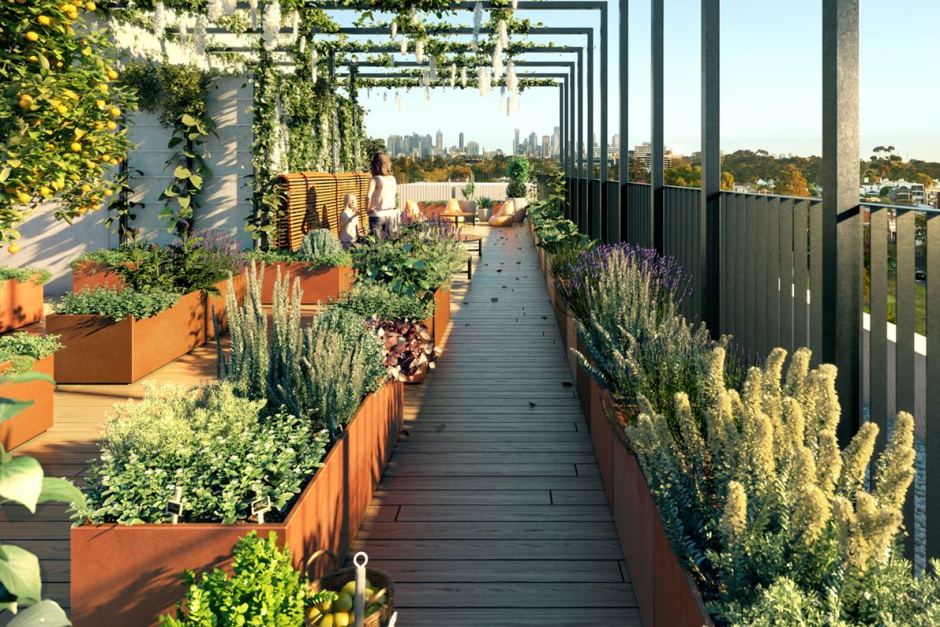 A rooftop garden for a proposed three-bedroom apartment building in Melbourne. - Derek Swalwell

Mr Sinclair said like the title of Tuesday's panel discussion suggested — In Defence Of The Three-Bedroom Apartment — there was a cultural and design pushback to the idea, however.

He explained that for a lot of developers, the concept of a three-bedroom apartment was too difficult to consider and not many developers were willing to take the risk.

And in order to convince families that an apartment could offer a suitable alternative to a typical suburban home, Mr Sinclair said more thought needed to go into the amenities on offer.

"Within each apartment block there should be rooftop gardens, workshop spaces, storage areas and communal bike areas," he said.

"Historically these are tasks that would take place in the backyard shed."

This article was originally published by By Fiona Pepper on 17 Jan 2017 via abc.net.au.