This article was originally published by Megan Miller on March 9, 2018 via Herald Sun.

MELBOURNE’S inner north, inner west and CBD continue to be strong dining destinations, but Dandenong in the southeast and Laverton in the southwest are emerging as the next hot spots.

Parkdale and Coburg are also among a list of seven suburbs identified in analysis by corporate giant PwC.

Analyst Jonathan Cairns-Terry said their popularity was determined by accessibility via public transport and a ripple effect as higher rents in suburbs closer to the city forced food operators further out.

“Not everyone is going to live within 30 minutes of the CBD and if you’re wanting to have a thriving dining and night life scene some of that is going to have to move out of the centre,” he said

“Precinct development is where we see urban planning going and dining, bars and entertainment is part of providing that whole package.”

Acclaimed chef Scott Pickett put Northcote on the foodie map in 2011 when he opened his first solo venture Estelle. At the time, the inner north was all about Fitzroy.

“There were a lot of great little places around here, and I wanted to be part of it, but just take it to the next level,” he said.

“It was a bit cheaper (than Fitzroy) both for restaurants and to live, but that gap has closed and they’re now much closer in pricing.”

Coffee-obsessed buyers are paying up to 20 per cent more for homes in areas that offer lifestyle and convenience, including being within walking distance of their daily brew.

Proximity to cafes, bars and restaurants is as important as access to schools, parkland and public transport to an increasing number of homebuyers who are seeking the lifestyle, village atmosphere and better connection to their community that cafes give, say leading buyers advocates.

“The market can tell us what a property is worth but emotion comes in and who knows how much people are willing to pay? It might be 10 to 20 per cent more,” she said.

“For a lot of young professionals, their infrastructure is cafes and restaurants. For them, it’s not schools at the moment. They’re looking at their lifestyle, which is wanting to walk to the cafe at the weekend, read the papers and have a great meal.

“Everyone is gravitating more to that village atmosphere. You go to the big complexes when you’ve got a lot of shopping to do, but you’d rather hang out in your little village, which is usually anchored with a great coffee shop.

“That’s what everyone’s going back to and what’s driving a lot of the suburbs.”

Agents regularly highlight nearby cafes in for-sale brochures and often serve the cafe’s lattes and flat whites to successful buyers to welcome them to the neighbourhood. 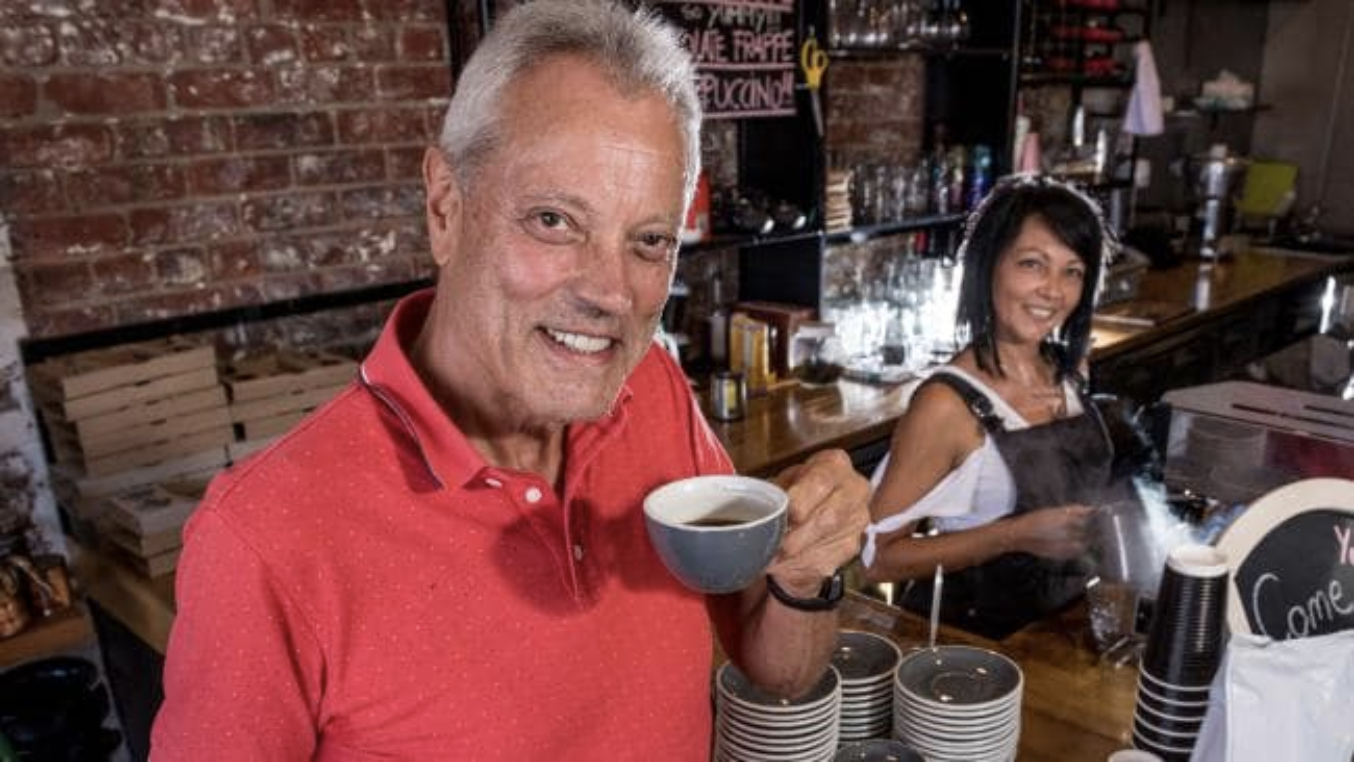 Jon Martin has moved to Sandringham to be close to family but also because of the suburb's great coffee shops. Picture: Jake Nowakowski

Developers of new housing estates in outer suburbs are prioritising cafes as much as roads and schools to helping to create a village, while developers of new apartment blocks will lock in high-profile cafe operators early for their ground floors as a selling tool to potential residents.

“Do people gravitate to areas just because of cafes? Yes,” Ms Jacobs said.

“Developers have seen that and will approach a cafe team to set up their second or third business to attract buyers.

“They have a recipe that works — it’s groovy, it’s artisan and then they replicate that in another suburb that’s taking off.”