This article was originally published by Matthew Cranston on the 30th Oct 2016 via domian.com.au | Image: This six bedroom house at 115 Homebush Rd, Strathfield sold for $5.65 million. Photo: Jason Hall

Sydney’s auction clearance rate has strengthened yet again despite having the second highest level of residential property listings this year.

The weekend auction clearance rate hit 81.4 per cent up slightly on last week’s 79 per cent where there were 25 per cent less listings.

The result comes days before the key Melbourne Cup day interest rate decision by the Reserve Bank of Australia which some commentators think is under pressure to balance a slowing economy with rising house prices in the biggest markets of Sydney and Melbourne. 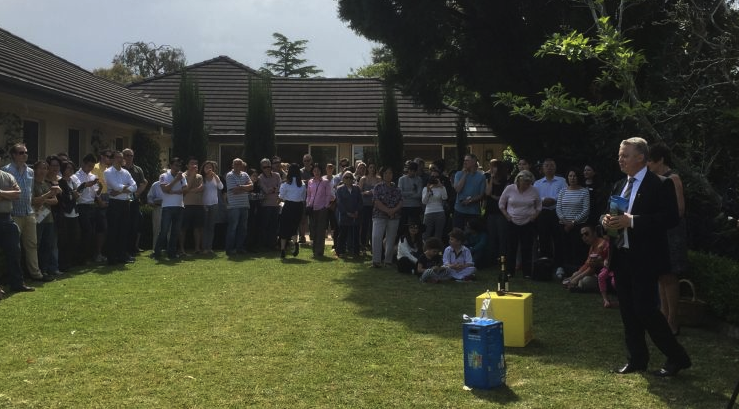 A strong crowd attended the sale of a four bedroom house at 19 Ridge Street in Sydney’s northern suburb of Gordon. Photo: Supplied

“You only have to look back a year to see just how strong the market is, ” Domain economist Andrew Wilson said.

“We have a debate about affordability because the Sydney market is basically closed to first-home buyers. The level of investors is higher now than it was last year. Its going to be a big decision for the RBA on Tuesday.”

The Sydney market has been steadily rising, with the median house price in Sydney pushing  2.7 per cent higher in the September quarter back above its previous record to $1,068,303.

The heat in the Sydney market was again on display over the weekend with the most expensive house sold being a six bedroom home at 115 Homebush Rd, Strathfield for $5.65 million. The property sold for more than $300,000 over its reserve through agents Joseph and Sam Georges of Georges Ellis & Co.

“I had to work hard to get that result,” Jospeh Georges said, ” but the auction atmosphere was amazing – we had about 150 people.”

“The prices in this area are up about 30 per cent in the last 12 months and I think that is a combination of low interest rates and people who have made money on property already and are now trading up.” 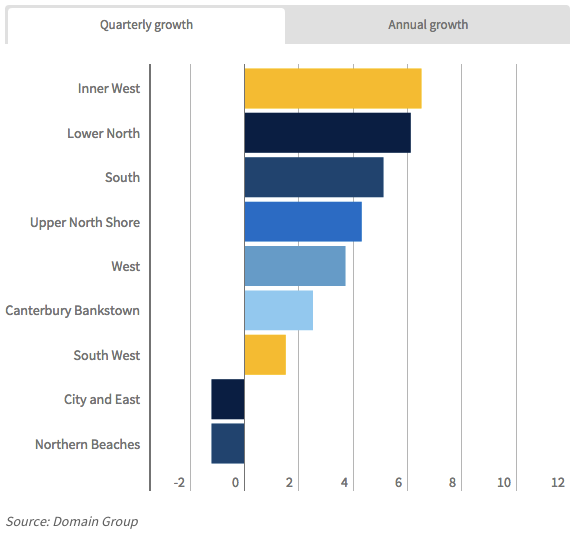 The most expensive house to sell in Melbourne on the weekend was a four bedroom home in Hawthorn for $2.815 million.