ILLEGAL foreign property investors have been forced to sell lavish homes worth a combined $107 million, including a string of mega-mansions bought by Chinese billionaires.

It is the culmination of a crackdown on illegal foreign buyers started by former treasurer Joe Hockey when he ­required one of China’s richest men, Xu Jiayin, to relinquish his $40 million Point Piper mansion.

Illegal foreign owners have been forced to sell 61 homes worth just over $107 million because they didn’t comply with foreign investment rules.

The crackdown was launched partly to counter the phenomenon of wealthy overseas investors inflating the property market.

“The forced sale of over $100 million worth of Australian property underscores the Turnbull government’s determination to enforce our rules, so foreign nationals illegally holding Australian property are identified and illegal holdings relinquished,” Treasurer Scott Morrison said.

“Under the Labor government, no foreign nationals were forced to divest illegally-held Australian property.” 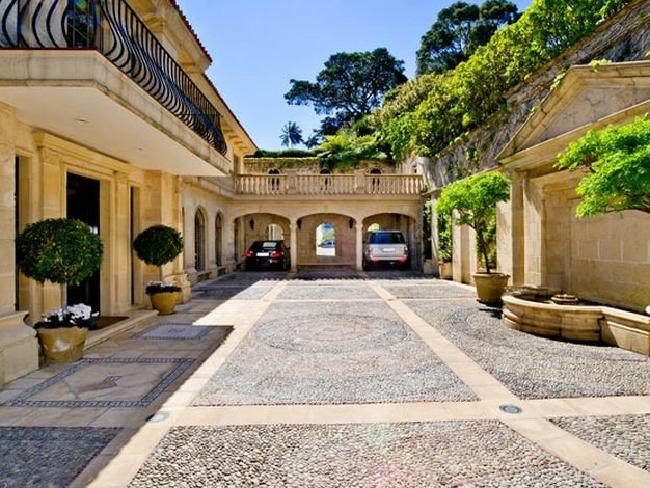 The crackdown was launched partly to counter the phenomenon of wealthy overseas investors inflating the property market.

Mr Hockey gave Mr Xu just 90 days to sell Villa del Mare in 2015, after it was found the stunning home was purchased illegally by Mr Xu’s firm, Golden Fast Foods, without approval from the Foreign Investment Review Board.

Chinese-born Australian citizen Lola Wang Li, director of LL International, snapped up the property just days after it was forced back on the market by the federal government.

A Queensland waterfront mansion worth at least $2.5 million, bought by Chinese businessman Chen Zou, has also been the subject of divestment orders. NSW properties that Chinese owners have been forced to sell include a $1.8 million home in Eastwood, a $750,000 home in Fairfield and a $861,000 home in Allawah.

Thirteen properties have been forcibly sold in NSW. There have been 31 in Victoria, 11 in Queensland, four in Western Australia and one each in Tasmania and South Australia.

Other nationalities affected by the crackdown include buyers from the Philippines, Iran, Malaysia, Indonesia, Germany the UK and Canada.

This article was originally published by Miles Godfrey on the February 5, 2017 via The Daily Telegraph.