This article was originally published on finder.com.au

Melbourne still has some hidden pockets of culture outside its familiar hipster enclaves.

Melbourne is Australia’s undisputed hipster capital. The home of the deconstructed latte can sometimes be a bit too cool for its own good and you may find yourself wanting to escape the familiar postcodes for a more up-and-coming scene. And since there’s nothing more hipster than being able to claim you liked a place before it was cool, we present to you Melbourne’s hidden hipster neighbourhoods.

How we figured it out

To find Melbourne’s up-and-coming hipster suburbs, we first looked at the proportion of residents living in group households, passing over obvious and well-worn choices like Fitzroy and Brunswick. We then filtered those suburbs by the proportion of their residents who hold creative degrees (via Microburbs) and each suburb’s walkability (via WalkScore). 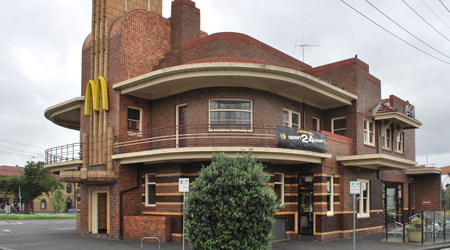 Clifton Hill is surrounded by some of Melbourne’s most recognisable hip suburbs. It’s nestled just to the north of Fitzroy and to the east of Brunswick and it’s a great choice for the ageing Gen X hipster who wants to get away from all those damn kids. Group households comprise 27% of the suburb’s housing and 18% of its residents have creative degrees. With a Walk Score of 85, there’s easy access to cafes, bars and eateries, as well as leafy parklands.

The suburb is quieter and more mature than some of its higher-profile neighbours, but there’s still plenty to do. Head to Some Velvet Morning for a coffee during the day or live music at night, or grab a micro-brewed beer at the Clifton Hill Brewpub. 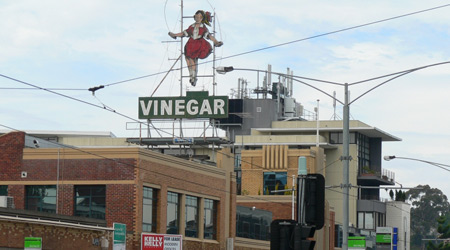 Bordered by Richmond to the south and Collingwood to the east, Abbotsford is a great suburb for people looking for a bit of natural beauty to break up the urban landscape. 27% of Abbotsford’s residents live in group households and 16% hold creative degrees.

The Yarra River winds its way through the suburb, with Studley Park offering respite from the city’s hustle and bustle. Abbotsford also has its fair share of great cafes and eateries and with a Walk Score of 84, they’re within easy reach. Head to Dr Morse for Asian-inspired food in funky, industrial surrounds.

This smallish suburb nestled between Richmond, Hawthorn and Toorak is bound by the Yarra River. The suburb is dominated by a large golf course and a University of Melbourne campus, but there’s more to Burnley than these two features.

One third of the residents in Burnley reside in group households and its high student population means about the same proportion are under 35. 17% of residents hold creative degrees. Small though Burnley is (the 2011 Census put its population at just 738), it’s well-situated enough to provide access to all of Richmond’s amenities and with a Walk Score of 70, they’re within easy reach. But Burnley also has some highlights of its own. The Serotonin Eatery, for example, provides health-conscious meals in a trendy atmosphere. 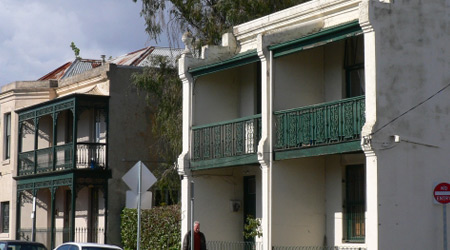 Bounded by Richmond to the north and the Yarra River to the south, Cremorne boasts the highest Walk Score of the suburbs on our list at 89. It also has one of the highest proportions of group households at 32%. Cremorne is a great haven for artsy young Melburnians, with 17% of its residents holding creative degrees.

All the shops, restaurants and cafes of Swan Street are within easy reach and Cremorne also has some of its own hidden gems. Check out funky small cafe Denis the Menace, or head to the Cherry Tree Hotel for classic pub food and an amazing beer list. 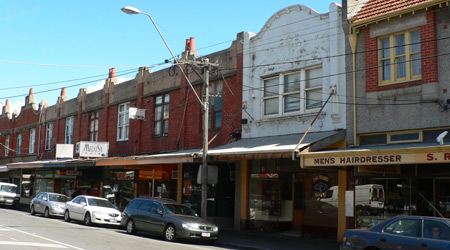 Further afield, Ripponlea provides a great alternative for people looking to expand their horizons beyond St Kilda. Just south of St Kilda and Balaclava, the compact suburb is also just a short walk from the Elwood Foreshore Reserve.

Group households account for 26% of the houses in Ripponlea and 17% of its residents hold creative degrees. It has a Walk Score of 87 and boasts the historic Rippon Lea House and Gardens. It’s also home to Attica, a perennial entrant on the World’s 50 Best Restaurants list.

Ripponlea is significantly more affordable than nearby St Kilda. While you’d be hard-pressed to find a house for sale, the median unit price in Ripponlea is $372,500, as compared to $495,000 in St Kilda.