The remarkably consistently Melbourne auction market produced yet another strong result at the weekend, despite recent hikes in mortgage rates by the major banks.

Melbourne recorded a clearance rate of 79.5 per cent on Saturday, which was higher than the previous weekend’s 78.3 per cent, with results continuing to track above those reported at the same time last year.

The city recorded a median auction price of $883,000 on Saturday, higher than the $850,000 reported the previous weekend. A total of $684.6 million was reported sold at auction in Melbourne at the weekend.

Melbourne has produced an unequivocally positive start to the autumn selling season for sellers, with weekend clearance rates averaging 79.4 per cent over March, compared to the 74.3 per cent weekend average reported over March last year.

A higher clearance rate was recorded at the weekend despite a surge in pre-school holiday listings with 1351 auctions scheduled compared to 1212 the previous weekend. Next weekend numbers will be well down by comparison with just over 900 auctions listed.

Although the Melbourne housing market is in top shape for sellers, the local rental market remains tough for tenants, with February asking rents for houses surging 5.3 per cent over the past year. Unit rents were also higher, increasing by 1.3 per cent since February last year. 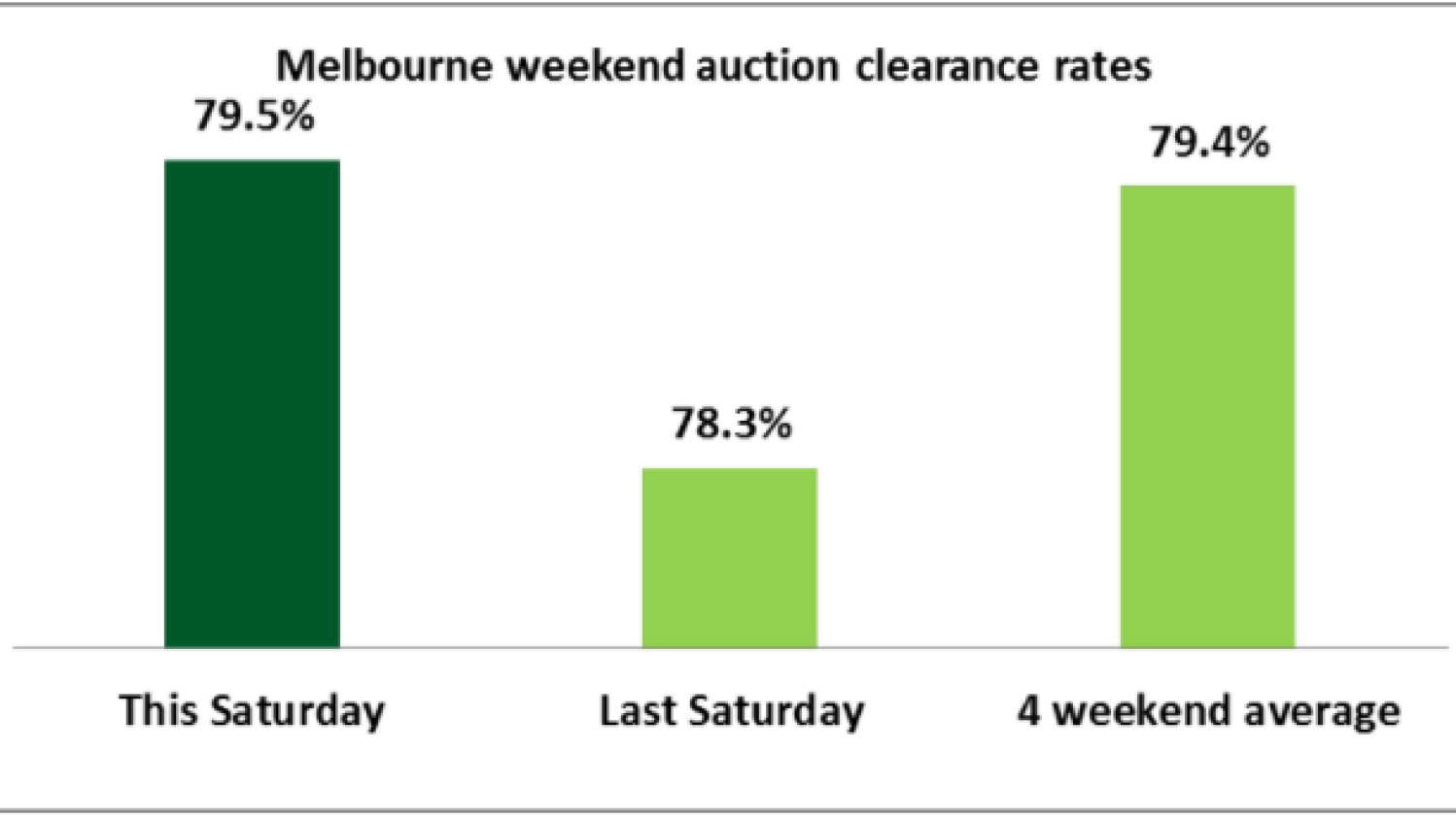 Melbourne recorded an auction clearance rate of 79.5 per cent on Saturday. Photo: Domain

Melbourne February vacancy rates were predictably lower over the month following the end of the quieter holiday period for new tenancies. Vacancy rates remain tight for both houses at 1.3 per cent and units at 1.7 per cent.

Rents are now growing faster than incomes despite recent significant increases in investor activity and particularly in Sydney and Melbourne where surging migration is accelerating demand.

Melbourne’s northern suburbs are booming and recorded another strong weekend clearance rate at 90 per cent. Behind but still strong was the south-east at 83.1 per cent followed by the north-east at 82.9 per cent, the inner east at 80.8 per cent and the outer east at 79.6 per cent. The inner south recorded a clearance rate of 78.9 per cent followed by the west at 78.8 per cent and the highest sales at 152, and the inner city at 78.4 per cent.

This article was originally published by Dr Andrew Wilson on the Mar 27, 2017 via domain.com.au