This article was originally published by Scott Carbines on JANUARY 6, 2018 via news.com.au

TRADITIONAL Melbourne battler suburbs are tipped to be some of the strongest performing for growth in 2018. 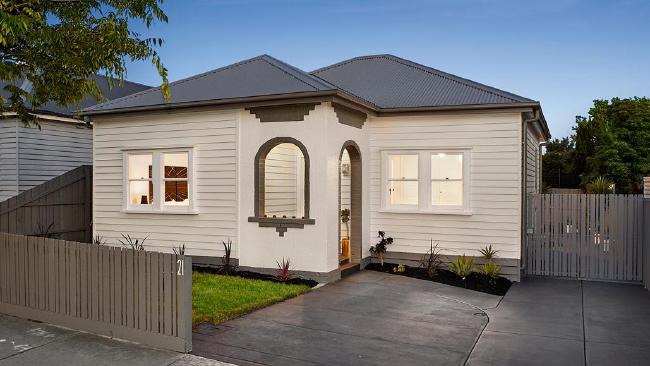 21 Glamis Rd, Footscray, is on the market for $1 million. Source: Supplied

“Given increasing buyer demand for areas that offer value, suburbs yet to reach the citywide median house price are best placed to experience strong price growth in 2018,” he said.

CoreLogic attributed a median value of $832,735 to Melbourne houses in December.

“With the median house price in Melbourne’s middle ring tipped to break $1 million next year, Taylors Lakes provides a more affordable alternative without really needing to compromise on proximity to the CBD,” he said.

The suburb, 23km north west of the city, had a median house price of $690,000 after a 14 per cent boost in the 12 months to September, according to CoreLogic. 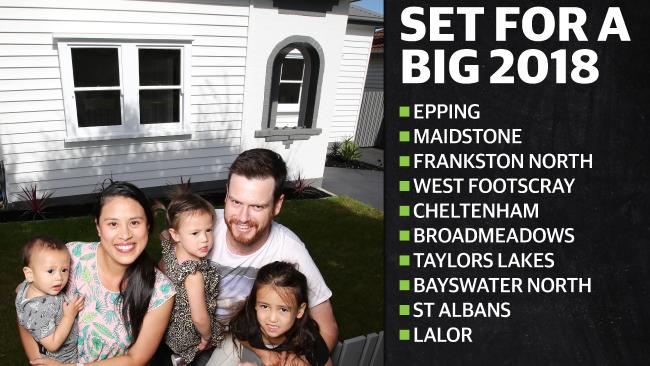 Suburbs forecast to have a big year, based on 2017 growth and tips from experts. Source:Herald Sun

Frankston North and Bayswater North, surrounded by suburbs with higher median house prices, were also flagged as ones to watch by Mr Simpson.

LJ Hooker, Frankston, agent Nancy Nugent said Frankston’s North affordability, transport links to the city, proximity to the beach and schools were among its drawcards.

The suburb was one of 2017’s strongest performers for growth, with the median house price rising 34.4 per cent to $437,500 in the 12 months to September, CoreLogic data shows.

“It’s very close to the city, it’s got a lot of period homes. It’s far more affordable than if you went to the north, east or southeast,” she said.

WBP Group executive chairman Greville Pabst flagged nearby Maidstone and West Footscray as other hot spots as buyers searched for affordable homes close to the city.

He said Cheltenham would also be boosted by the new train station at Southland. 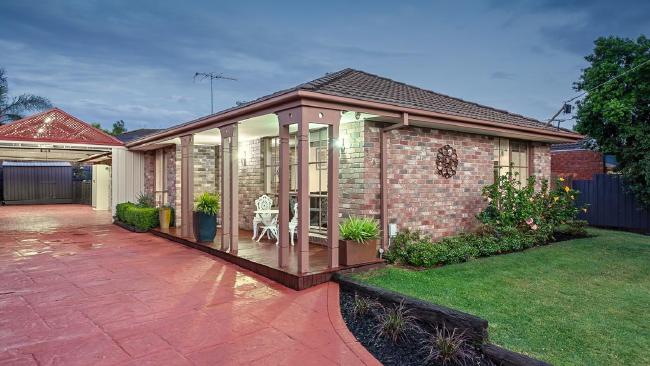 Lisa and Jarrod Richardson are selling the three-bedroom house they renovated at 21 Glamis Rd, West Footscray, with price hopes of $1 million.

“It’s very community-based, despite how close we are to the city, everyone is willing to help each other and that’s what we love about it.”

Hocking Stuart, Yarraville, agent Adam Welling said demand in the suburb, just 7km from the CBD, was driven by families.

“It seems ridiculous to say but $1 million is an affordable family home now,” he said.

Ray White, Epping, agent Vanny Bains said the suburb had attracted high demand from investors and homebuyers over the past two years.

“Numbers have increased dramatically from interstate investors and there’s very high demand from first-home buyers in the area,” he said.