Melbourne enjoys decade of growth with more homes, jobs and spending than ever before

CENTRAL Melbourne has experienced a boom decade with data revealing that 93,000 jobs have been created, along with 29,000 homes and 800 cafes and restaurants since 2006.

A snapshot of the inner-city, released by ­Melbourne City Council this week, reveals strong growth in economic activity, jobs and housing. The city’s economy — or gross local product — is now worth $92.1 billion ­annually, an increase of 42 per cent over 10 years.

Apartments in the Melbourne municipality now ­account for four out of every five homes, with 14,200 new dwellings popping up in the CBD and Southbank in the past decade.

The data comes from the City of Melbourne’s Census of Land Use and Employment, which tracks jobs, land use and economic activity.

Marcus McNamara has owned Jungle Juice Bar on Centre Place for 18 years and said the city was a “vibrant hub” that had experienced real growth in the past five years.

“It’s the street art, galleries and massive amounts of food options — the diversity of what’s on offer makes it a ­really exciting place,” he said.

“People should feel proud with where Melbourne is at with hospitality, especially cafes. There’s probably not a city in the world with as many cafes.” 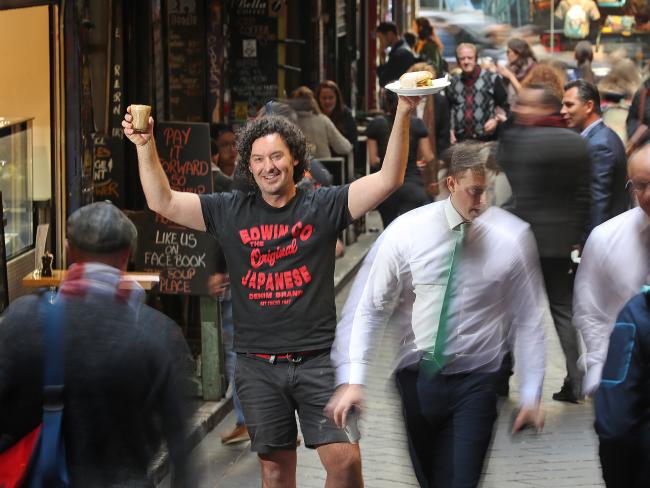 “This CLUE report demonstrates the importance of Melbourne’s status as a knowledge city, with more than a quarter of the new jobs in the past 10 years created in professional, scientific and technical services,’’ Mr Doyle said.

He said knowledge economy workers were helping to drive the boom.

“They want to live close to where they work, don’t necessarily want a car and they are happy to walk, cycle or use public transport. They are often referred to as ‘20 minute workers’ for this reason,” he said.

This article was originally published by IAN ROYALL AND MIKAELA DAY on May 4, 2017 via , Herald Sun.