It comes as Melbourne’s middle and outer suburbs continue to grow denser, as the city grapples with population growth and decreasing housing affordability.

A 2160-square metre site in Malvern East — comprising a family home, a duplex and a pair of semi-detached properties — is believed to have been accumulated by a family over several years, and is now offered as a development opportunity.

There is a proposal for 18 luxury apartments on the corner block, along Burke Road and Nyora Street and opposite Central Park.

Industry sources say the development site, in a general residential zone, could fetch between $13.5 million and $14 million.

Jellis Craig Armadale’s Iain Carmichael is the selling agent, in conjunction with Gross Waddell. He declined to comment on the price or any aspect of the campaign. 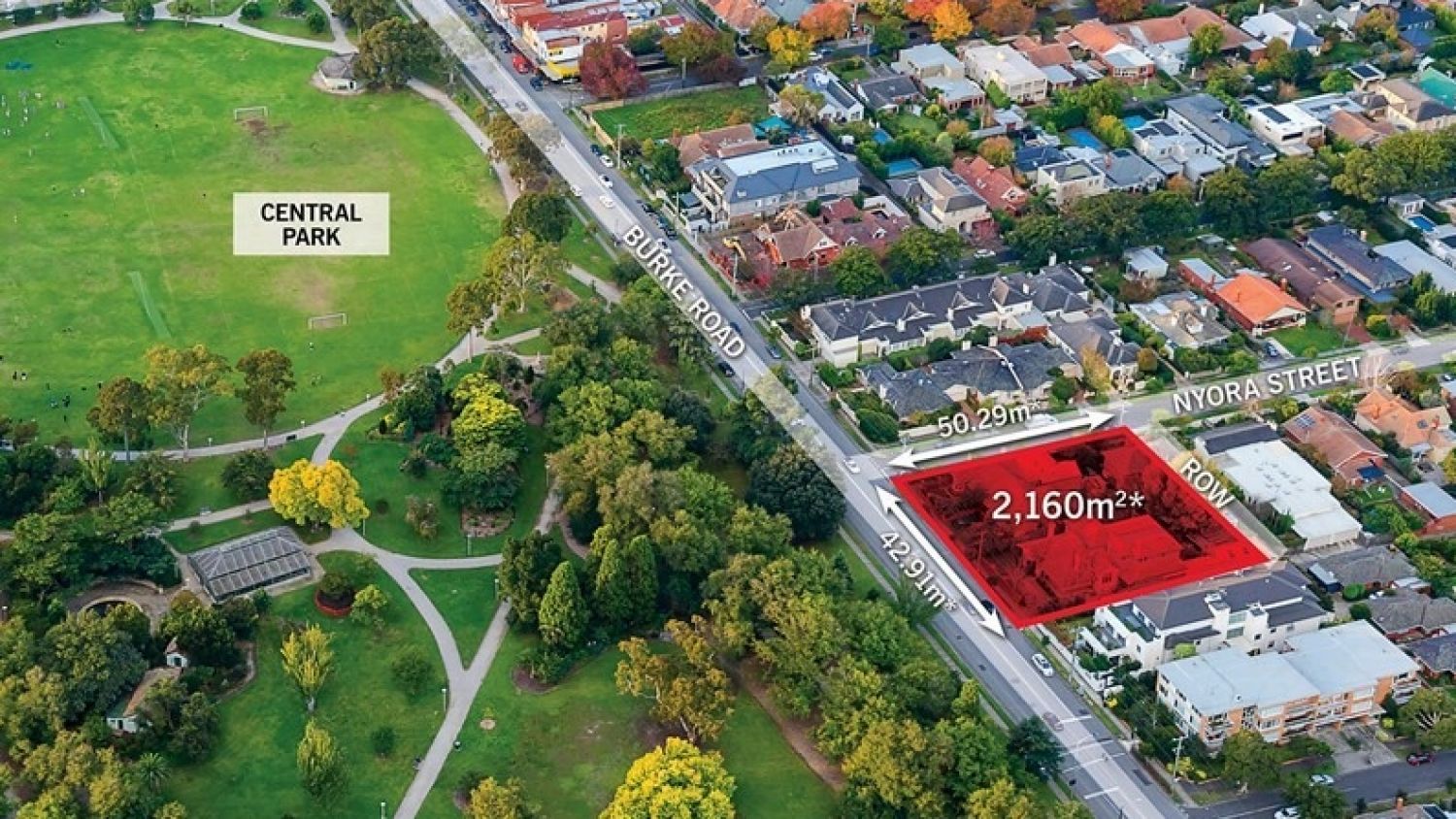 The combined site is believed to be amassed by one family over several years. Photo: Jellis Craig

The proposal, if given the green light, will join an increasing number of higher-density developments being earmarked for Malvern East, including 18-storey tower, Vanguard, on Dandenong Road.

Speaking broadly, Mr Carmichael said people bought neighbouring land because they expected a lift in value once they could provide a site of sufficient scale to attract apartment developers. 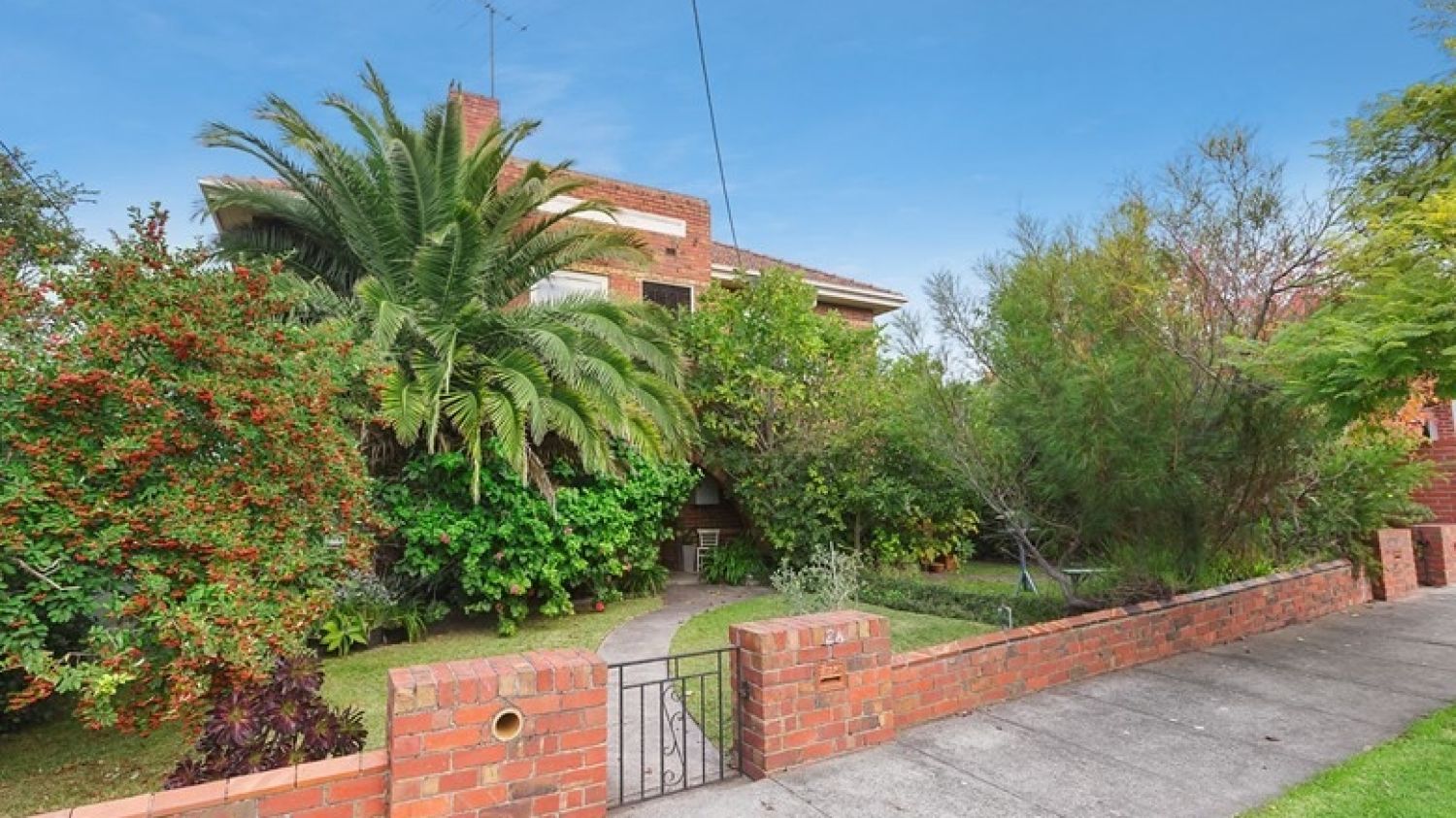 The Burke Road and Nyora Street properties are in a general residential zone. Photo: Jellis Craig

It was common for neighbours to sell together, while other people bought next to their family homes when the opportunity arose, he said.

“People … want to take advantage of the rezoning, which occurred a couple of years ago,” Mr Carmichael said, adding that main arterial roads in the Stonnington and Boroondara council areas were designated for higher-density development because they were on good transport routes.

It is a similar story in Pakenham, where a homeowner accumulated four parcels of land at 37-43 Rogers Street over about a decade. 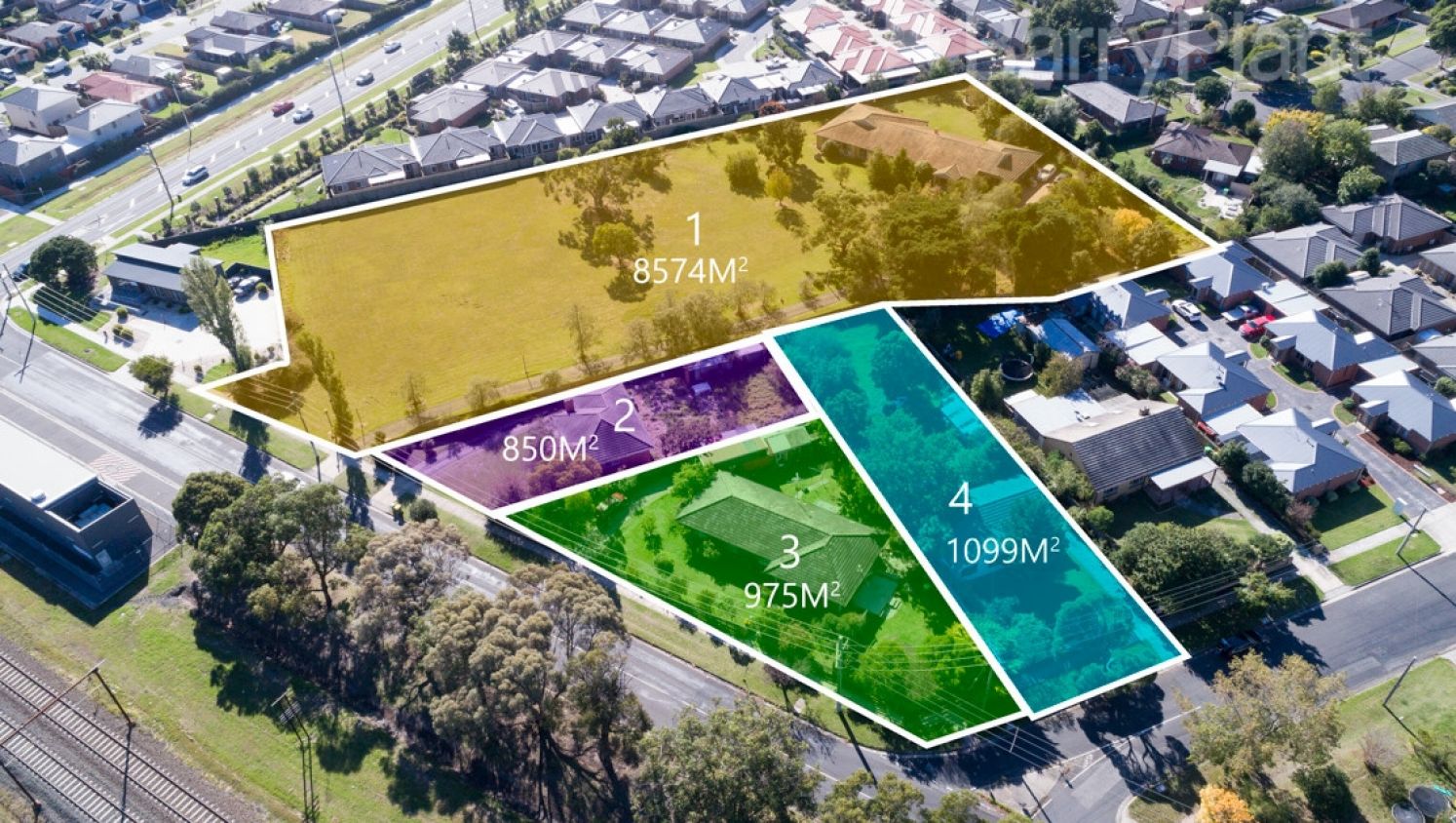 37-43 Rogers Street, Pakenham, is also owned by the one vendor. Photo: Barry Plant

The 11,500 square-metre allotment is asking $6 million to $6.5 million, and is marketed as a “potential unit site”. All the properties are being rented, according to the listing, so the buyer will have rental income while they apply for permits.

Listing agent, Barry Plant Pakenham’s Stuart Sheppard, said between 40 and 50 apartments could be built on the Roger Street site.

While the vendors were more “mum and dad type” investors, he said, some developers bought one parcel of land and waited to see if another one came up or proactively acquired surrounding properties.

He said adjoining parcels of land were selling together because they achieved good prices. Two neighbours sold their houses on more than half an acre at 43-45 Princes Highway, Pakenham, sold for $1.12 million in March.

This article was originally published by Christina Zhou on the 30th May 2017 via domain.com.au