Soaring inner-city house prices mean even Melbourne’s millionaires need to accept a major compromise, with some stretching themselves hundreds of thousands of dollars above their limits to secure homes just metres away from train lines.

With a median price of $1.52 million for a house in the inner city — a massive 87.7 per cent jump over the past five years, according to the Domain Group — home buyers are increasingly adjusting their expectations.

Three weeks ago, four bidders competed at auction for a renovated five-bedroom house, metres away from the tracks in Balaclava. The weatherboard at 37 Blenheim Street sold for $2.5 million to a family, who paid almost $300,000 above reserve.

Agent Gary Peer said some properties traditionally considered to be B-grade — homes on main roads and on train lines — were not anymore.

People living in inner-city areas such as Prahran, Caulfield and St Kilda accepted they were not going into little quiet retreats and they were part of the cosmopolitan buzz, he said.

“There is an appetite from people to live on train lines, it’s not as quickly dismissed as it once was,” Mr Peer said. “The fact is that any inner-city living is now going to be affected by development because there’s no longer the luxury of people having large allotments with private gardens and nothing overlooking. 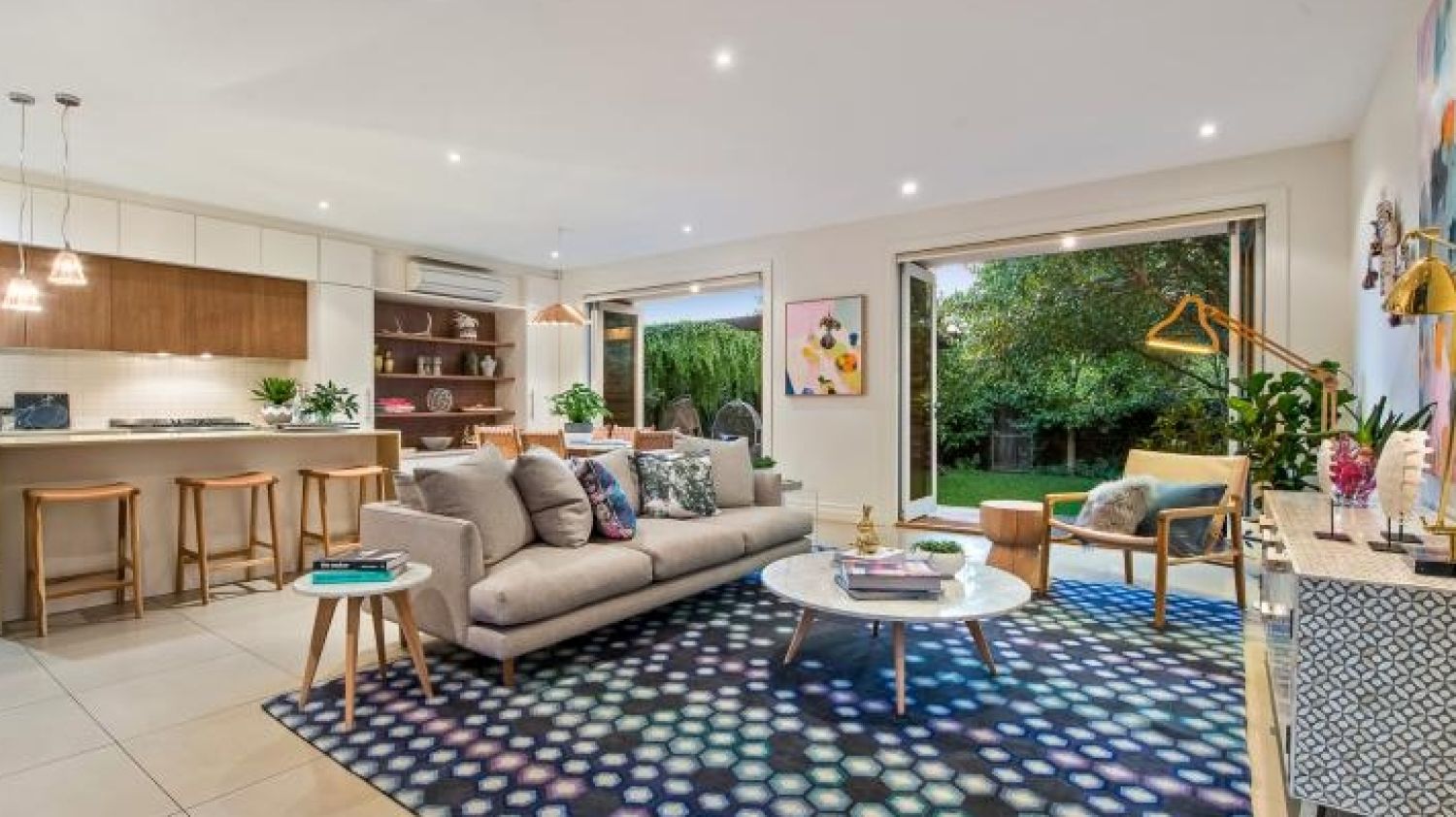 “It’s almost like yesterday’s rarity unless you go into the outer suburbs of Melbourne.”

Mr Peer said properties next to train tracks would still be relatively cheaper, but the discount was now smaller.

In Caulfield North, a four-bedroom house opposite the train line at 127 Normanby Road sold for about $2.63 million in after-auction negotiations in February. 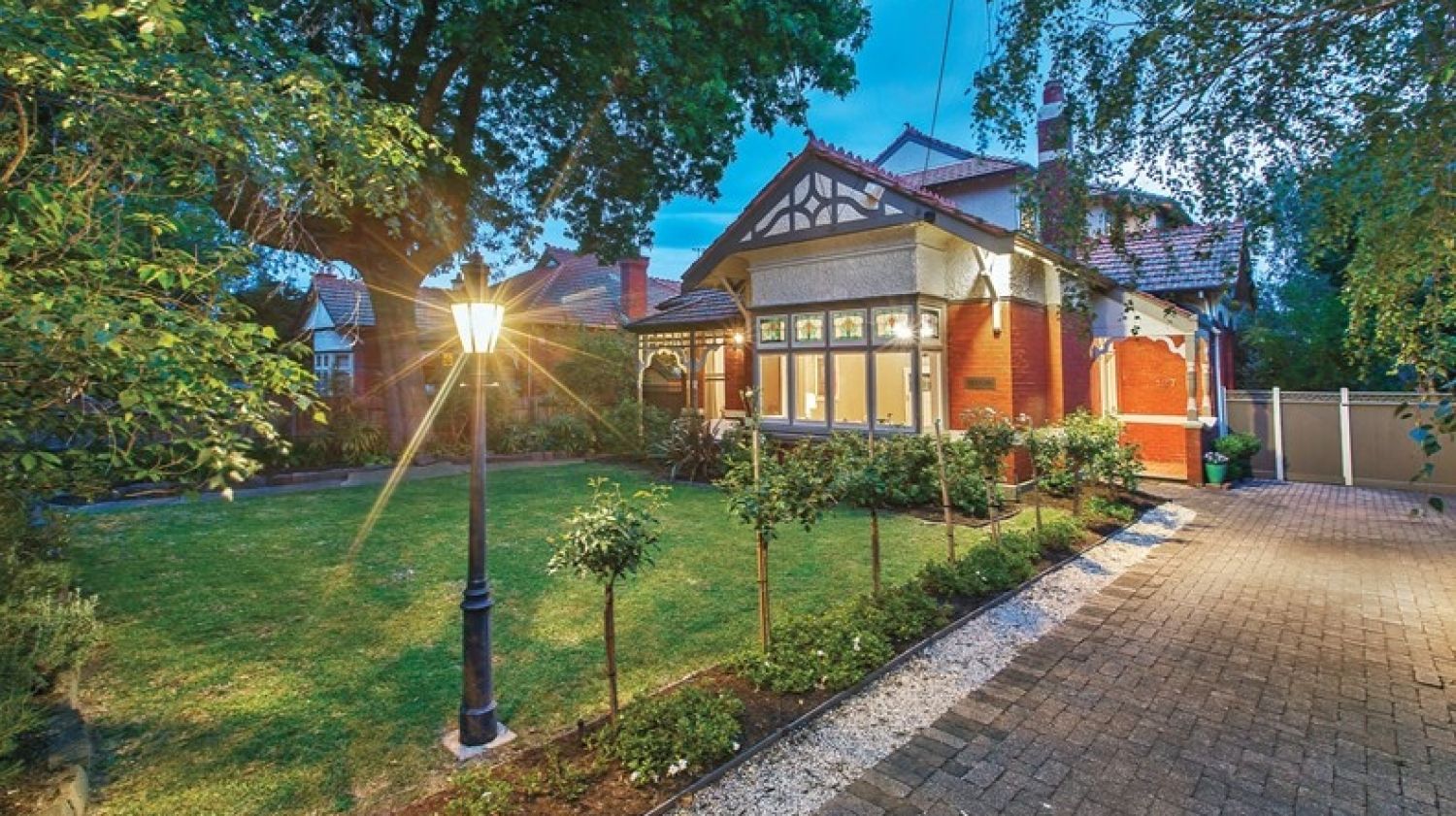 The buyer paid about $2.63 million for this home in Normanby Road, Caulfield North.Photo: Marshall White

Marshall White’s Andrew Hayne said a property’s value was influenced by many other variables such as proximity to schools, transport, shops and parks.

With noise being one of the main concerns with living close to the tracks, some architects are becoming more creative in their design.

The “Rail House” in Northcote’s Westgarth precinct is a two-year-old house, designed by Clare Cousins Architects, abutting a railway line and pedestrian crossing. 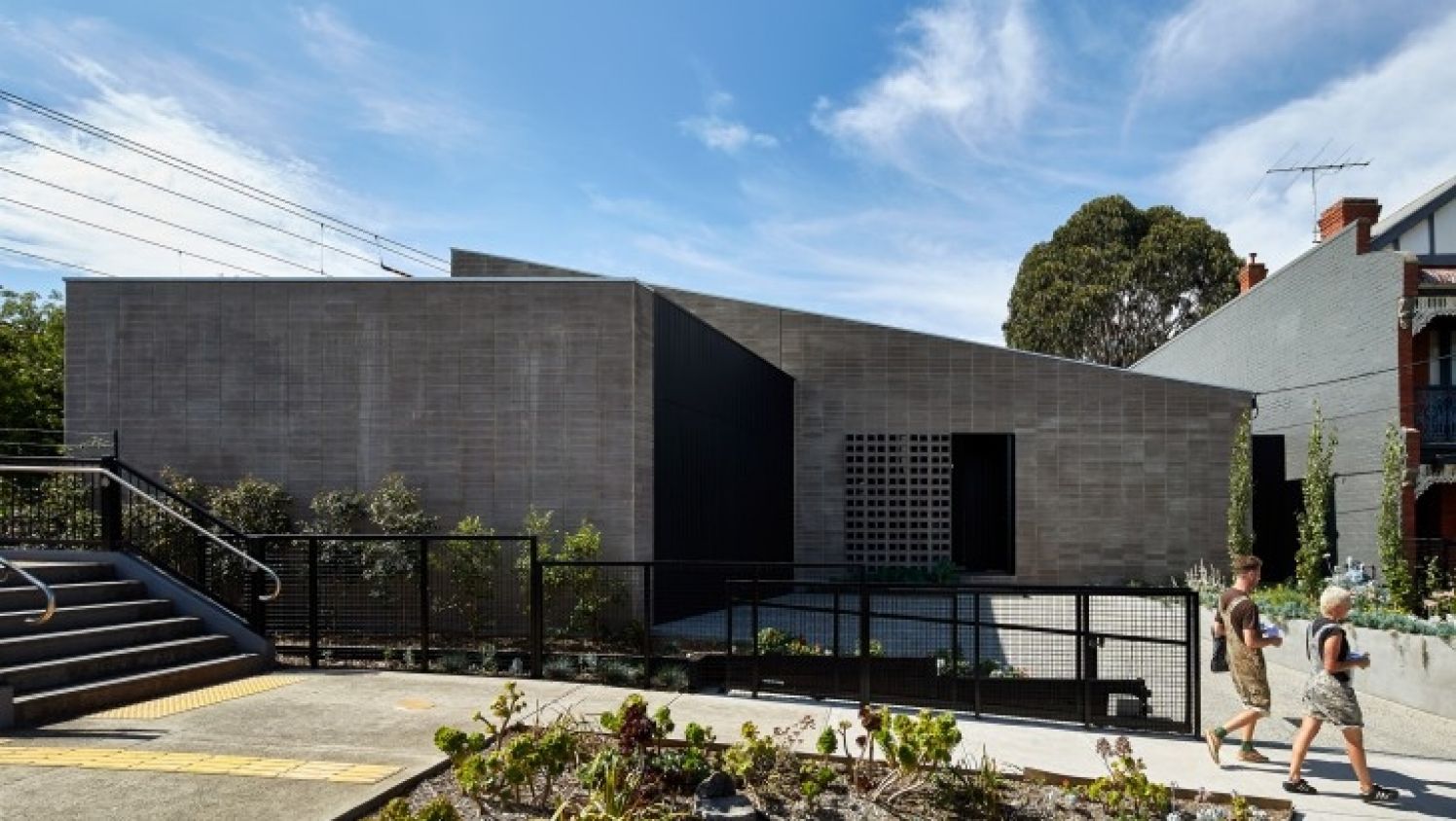 Cousins said the team decided to create a very large sound-absorbent wall and engaged an acoustic consultant to ensure it was the right approach and to manage the client’s expectations.

They went with a double-skinned core-filled concrete block wall, and the design of the front facade with the roof tapering away from the train allows sound to pass over the home.

Not being able to include windows along the side was also a challenge, Ms Cousins said, so they incorporated a light well in centre of the house, bringing in natural light and ventilation. Ms Cousins said the house was remarkably quiet, and the vendor found that their former weatherboard home in Collingwood, with many windows and close to other houses, was far more disruptive. 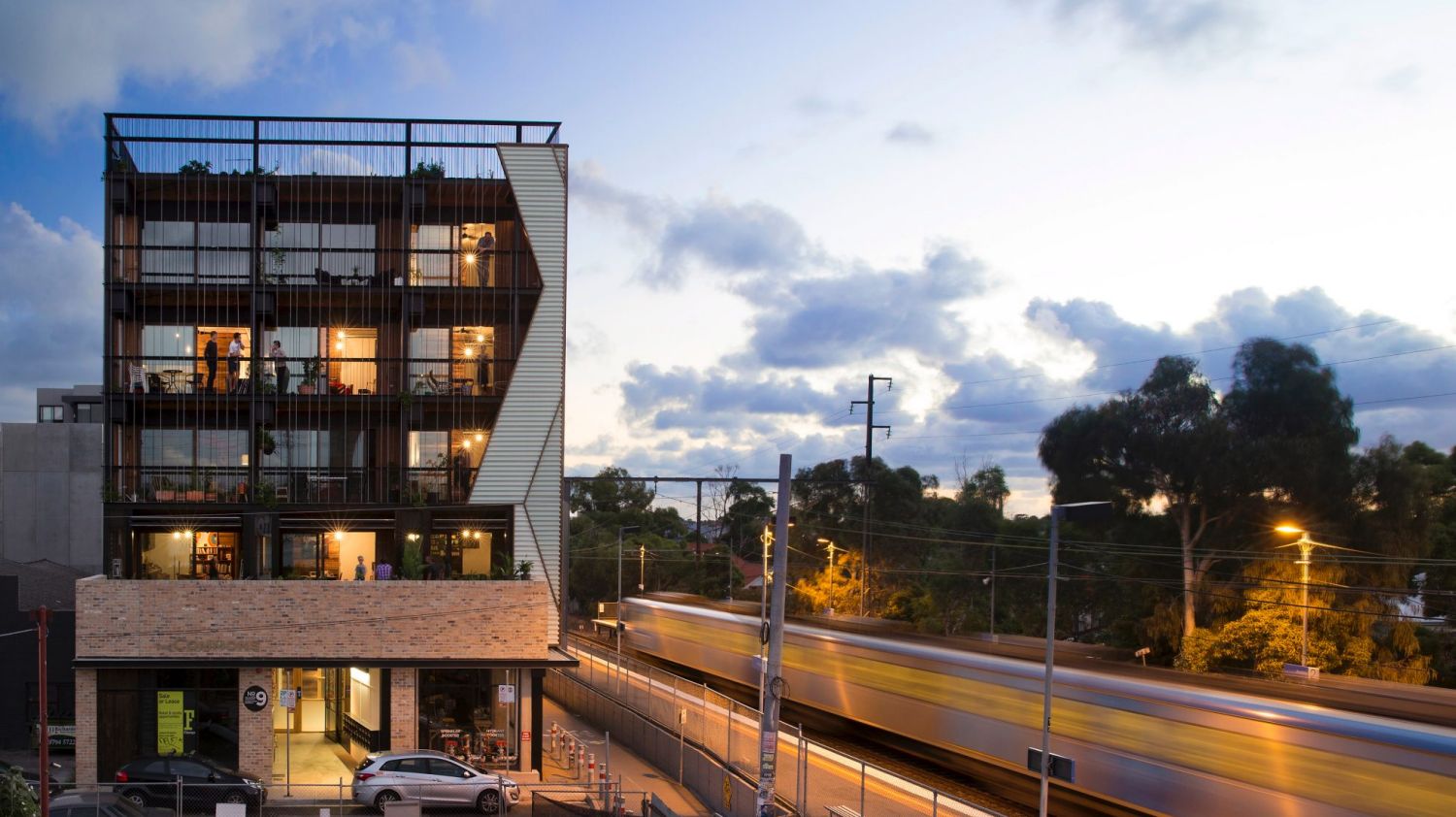 The Commons, a Brunswick residential complex, was recognised at the Victorian Architecture Awards in 2014 as the year’s “exemplar of apartment living”.

An urban village development at Jewell Station by Neometro, appointed by VicTrack to rejuvenate the precinct, and a planned 20-storey skyscraper in Windsor are other examples of apartments to be built on a railway line.

Neometro director Jeff Provan said properties next to railway lines could be bought quite cheaply 20 years ago because there was a perception of it being noisy, and authorities and home owners did not see the true potential of its upside. But land values were now rising and people appreciated the benefit of living close to a station, he said.

“We’ve got some amazing land around railway lines; it’s open, it’s not going to be built out and it’s close to the public transport,” Mr Provan added.

This article was originally published by Christina Zhou on the 23 May 2017 via domain.com.au