Melbourne house prices: Is your suburb making you unhealthy?

People living in Melbourne’s most affordable suburbs are more likely to be obese, at risk of chronic disease and have little or no exercise, a recent study shows.

Craigieburn, Roxburgh Park and Campbellfield topped the charts for the most unhealthy postcodes in metropolitan Melbourne, but are areas where a typical house could be bought for less than $460,000, an analysis by comparison website Finder.com.au reveals.

While it is no surprise that Toorak, Hawthorn and Armadale scored the top category of “very healthy”, some suburbs with about half their median house price — including Mulgrave, Donvale and Bulleen — ranked the same. These suburbs also scored better than some inner-city pockets such as Essendon, Footscray, Brunswick West and Thornbury, the analysis of Domain Group and Torrens University 2015 health data shows.

Suburbs closest to the city, including Carlton, East Melbourne and the CBD itself, generally had better health scores.

Goodlife Health Clubs Waverley Park, Mulgrave manager Bianca Redfern said there were many fitness centres in Mulgrave such as gyms and personal training studios. The Monash council also held free yoga classes at the health club on Fridays, she said, adding that the council pushed for an active community and invested in those types of programs.

Finder.com.au money expert Bessie Hassan said suburbs with parks, gyms, or fitness clubs nearby might have higher property prices because they were in a prime location with desirable facilities. 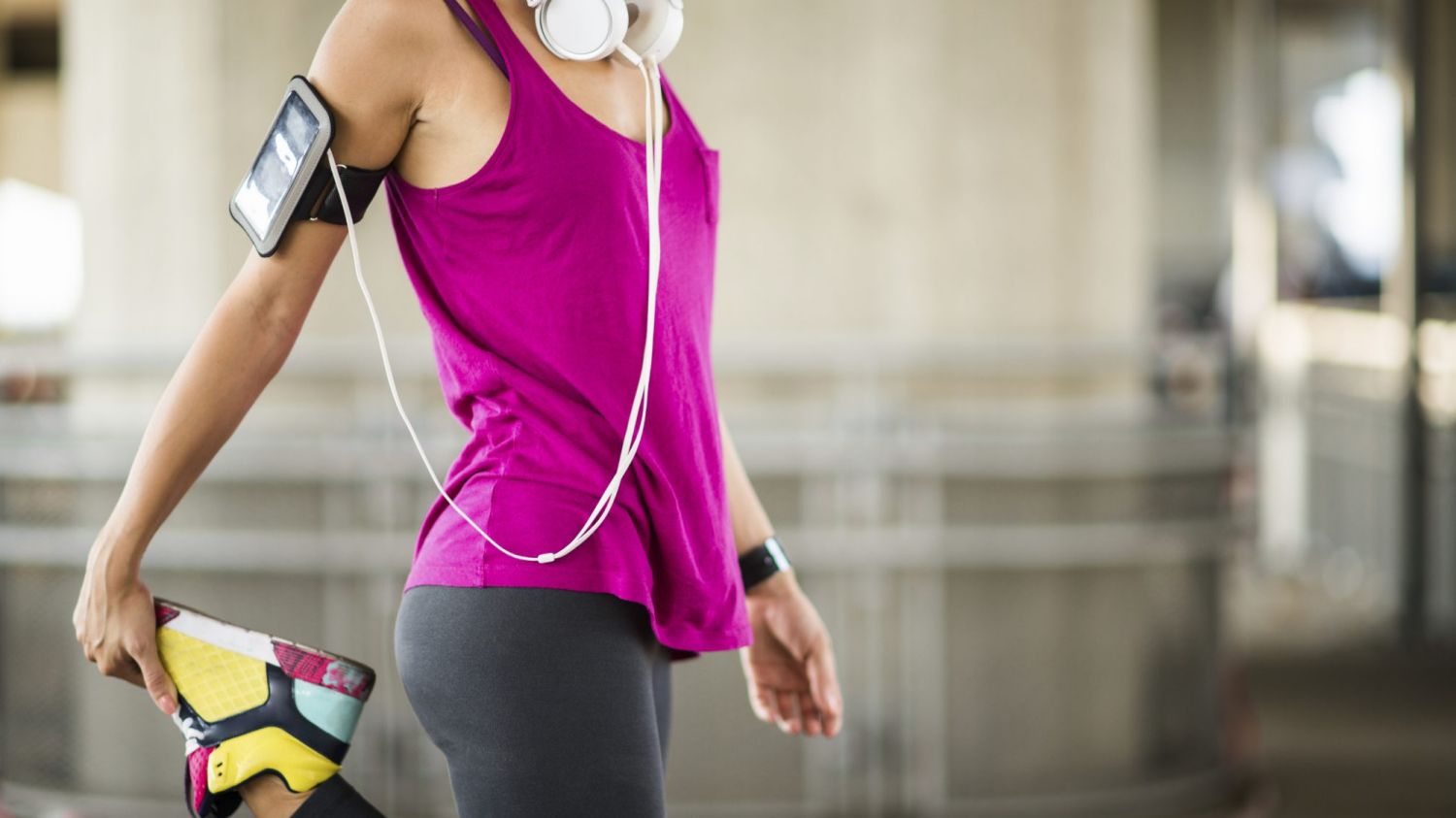 There is a link between health and house prices in the suburb you live in. Photo: istock

Dianella Community Health chief Neil Cowen said people with lower socio-economic circumstances gravitated to cheaper areas, and they were cheaper because there were fewer services.

Dr Cowen said his health centre had been working with the state government and Hume council to develop a health and community services plan for the Craigieburn area and further north. A lack of public transport was a barrier to accessing proper health services because many households only had one car — which one person used to get to work — leaving others stuck at home, he said. 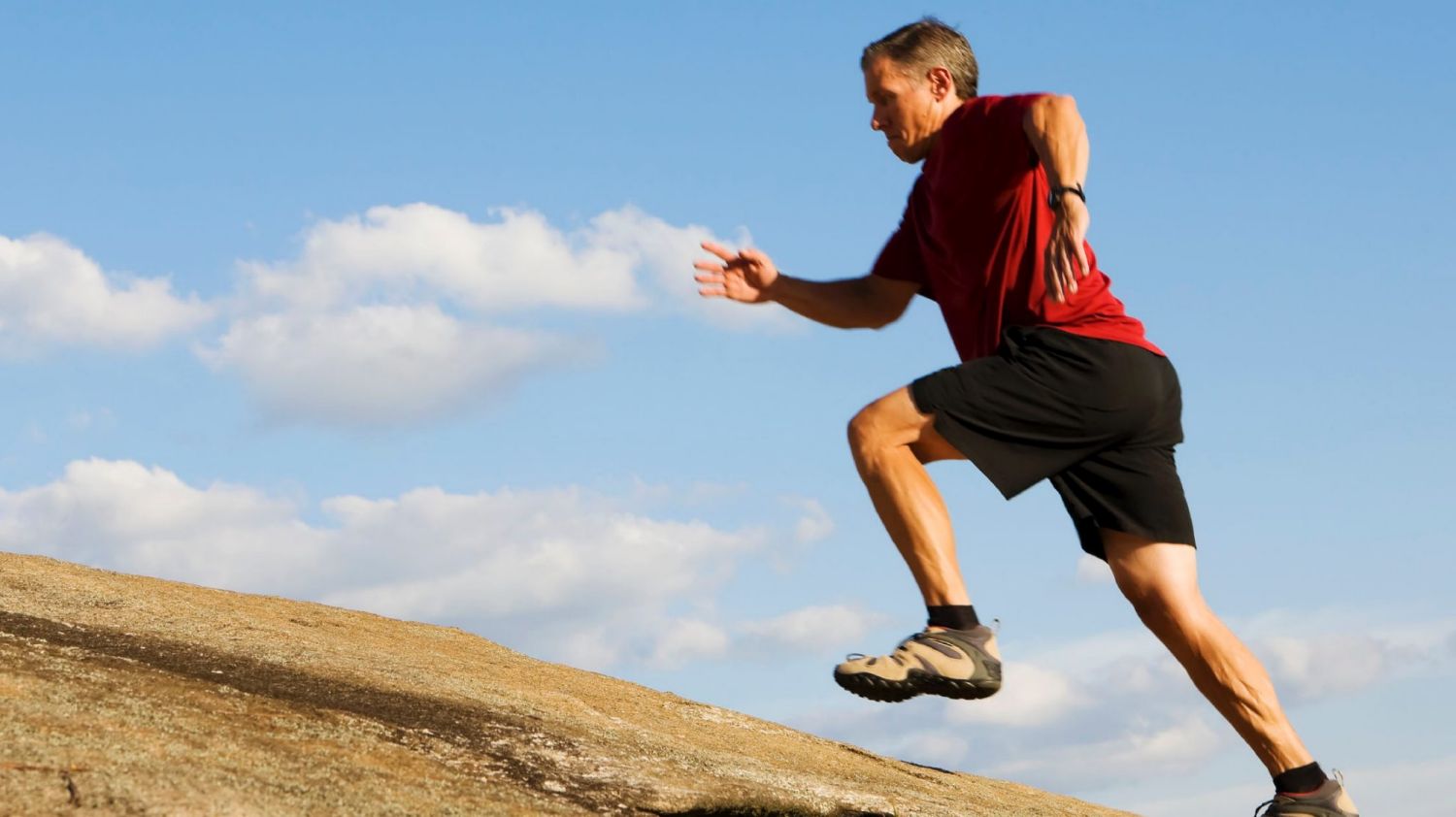 With massive population growth expected in the council area, including many young families, more general practitioners were needed because there was currently a significant shortage, Dr Cowen added. 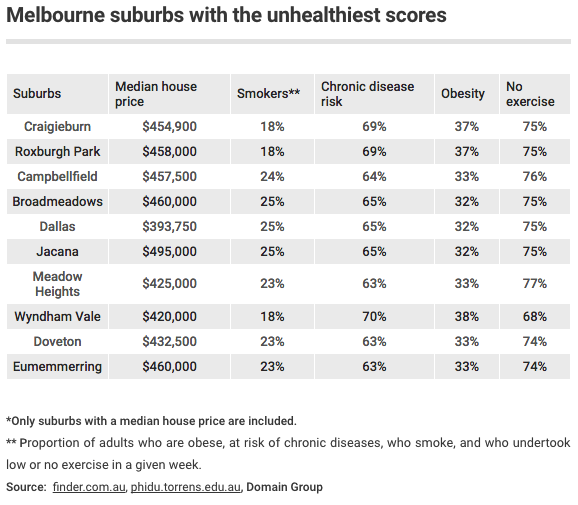 Heart Foundation Healthy Living manager Roni Beauchamp said building suburbs that gave everyone equal access and ability to be fit and healthy could be achieved by smart land use planning and making sure there was better infrastructure that allowed people to walk, cycle and catch public transport.

She cited a 2010 Bus Association of Victoria study that showed people using public transport spent an average of about 40 minutes walking and or cycling as part of their travel on the day. People who drove to and from work were less likely to get exercise.

Ms Beauchamp said inner suburbs, typically with a healthier population and higher house prices, also had much better access to public transport because the suburbs were built at a density that ensured there were enough people to warrant that infrastructure.

“Developers and the government really need to make sure that infrastructure is available to everyone, regardless of what suburb they live in,” she said. “Walking is one of the cheapest and easiest ways to increase your physical activity and improve your health, we are very keen to see any infrastructure that supports that.”

And it wasn’t just about putting in paths, Ms Beauchamp added, the paths need to take people to places, have areas where people can rest and get a drink of water, with good shade and where people feel safe.

This article was originally published by Christina Zhou on the 31st May 2017 via domain.com.au