Melbourne market approaching peak, but some pockets to grow

But a few pockets should continue to growth.

That’s the view of property valuers Herron Todd White, which has declared the city’s housing market is approaching its peak in its latest property clock rankings.

The three-monthly review released this week ranked major Australian cities based on their perceived potential for growth.

He said growing prices had been seen in inner, middle and even fringe suburbs — with the latter being driven by the city’s booming population and more first-home buyer confidence since changes to stamp duty concessions in July this year.

“(But) when we get a large influx in volume in spring, that could test the market,” he said.

Historically speaking, once the market did reach its peak prices would stop growing and there might be a small correction, Mr King said.

“But this cycle has been unusual in that there have been five years of record growth,” Mr King said.

He said a record low cost of borrowing and a rising population had driven price growth.

But the growth cycle wouldn’t simply run out of steam, rather a change in one of the pillars underpinning the market would be needed before the tide turned.

Mr King tipped it would be a future rate rise that ended the current cycle.

“The whole market is underpinned by confidence, so if there are any shocks to the economy, or if rates ratcheted up, as is predicted for next year, you would think that would end the growth cycle,” he said.

“But this cycle is uncharted waters.”

He said that even with the city’s houses heading to a peak, there were still pockets that were undervalued. 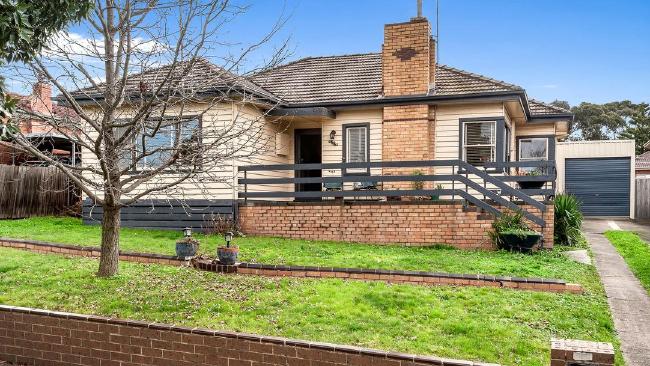 48 Miranda Rd, Reservoir, is in one of the suburb’s identified as undervalued.

He suggested suburbs in the inner west such as Spotswood, Brooklyn and Altona North all had scope for more growth in house prices.

To the north, Heidelberg and Reservoir were on his radar.

And in the southeast, Dandenong, Noble Park and Keysborough were all still potentially undervalued. 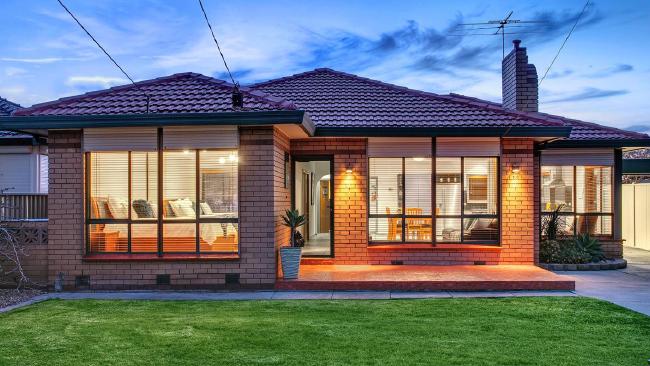 105 Third Ave, Altona North, could be a chance to buy into a suburb with further growth potential.

But the city’s apartment market, led by an abundance of CBD apartments, had already passed its peak, Mr King said.

“Certainly in the last 12 months the two markets have diverged, and particularly with that city apartment market that gap is widening,” he said.

Apartment resale prices in the CBD were already viewed as flat, though further out of town there were still opportunities for growth.

The inner suburbs were in a slightly better position, with Brunswick, Footscray and Prahran all home to older apartments that were still receiving moderate demand.

“And even in the modern stock you are seeing some nominal growth,” Mr King said.

There was an exception to this with prestige apartments in affluent suburbs such as Malvern and Hawthorn proving popular with downsizers.

“There’s not a lot of stock on that market, so their prices are pushing up — but there are a lot being purchased off the plan that will be completed in the next six months to two years,” Mr King said. 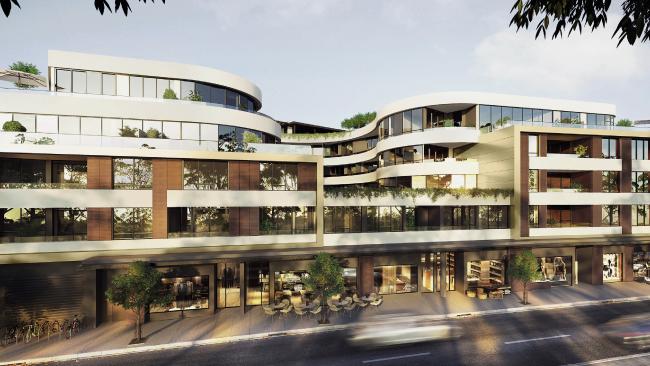 Townhouses and villa units a bit further out were still expected to perform well and would still be considered to be approaching their peak.

“You could put them in the same category as houses as the prices are still pushing up,” he said.