The 15 per cent jump means home ownership is further out of reach for many would-be first home buyers, despite predictions house prices will soon plateau.

Melbourne house prices have risen consecutively for more than 4½ years, driven by low interest rates and strong investor activity. In the past quarter alone the city’s median soared almost $30,000, according to the latest Domain State of the Market Report.

Experts say the median is tracking steadily towards the million dollar mark in the next two years unless interest rates rise.

“I think the only thing that could slow the Melbourne market will be a sustained increase in interest rates and that’s really not on the cards,” said Domain Group’s chief economist Andrew Wilson. 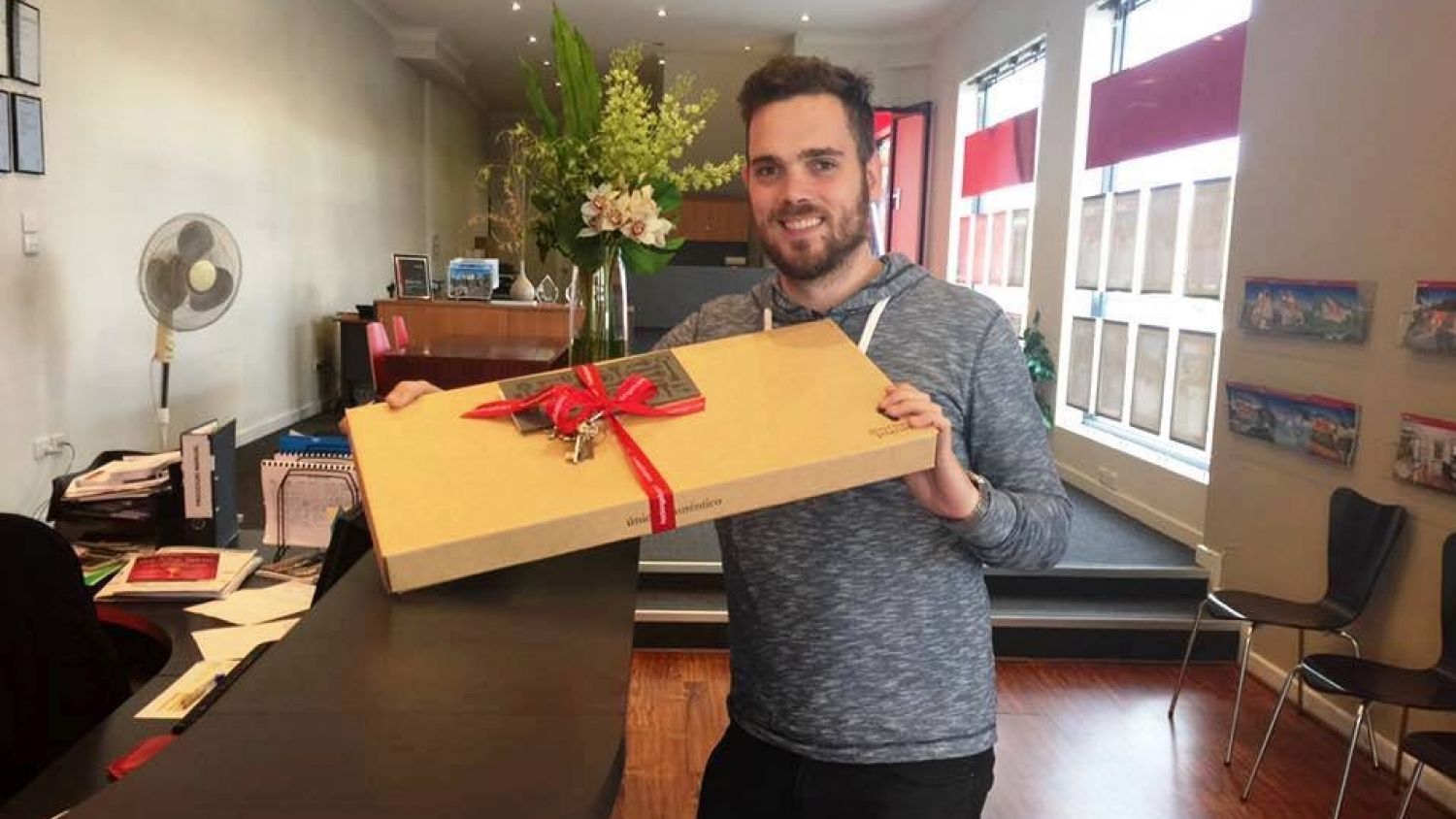 “I was definitely a bit scared about finding something I could even afford at the beginning,” Mr Elliott said, adding that the house had heritage overlay so he was not competing with developers.

Mr Elliott said he was disappointed he missed out on recent first home buyer incentives, which included stamp duty cuts. “But at the same time, I don’t think I could have gotten in [the market] had I waited around,” he said. 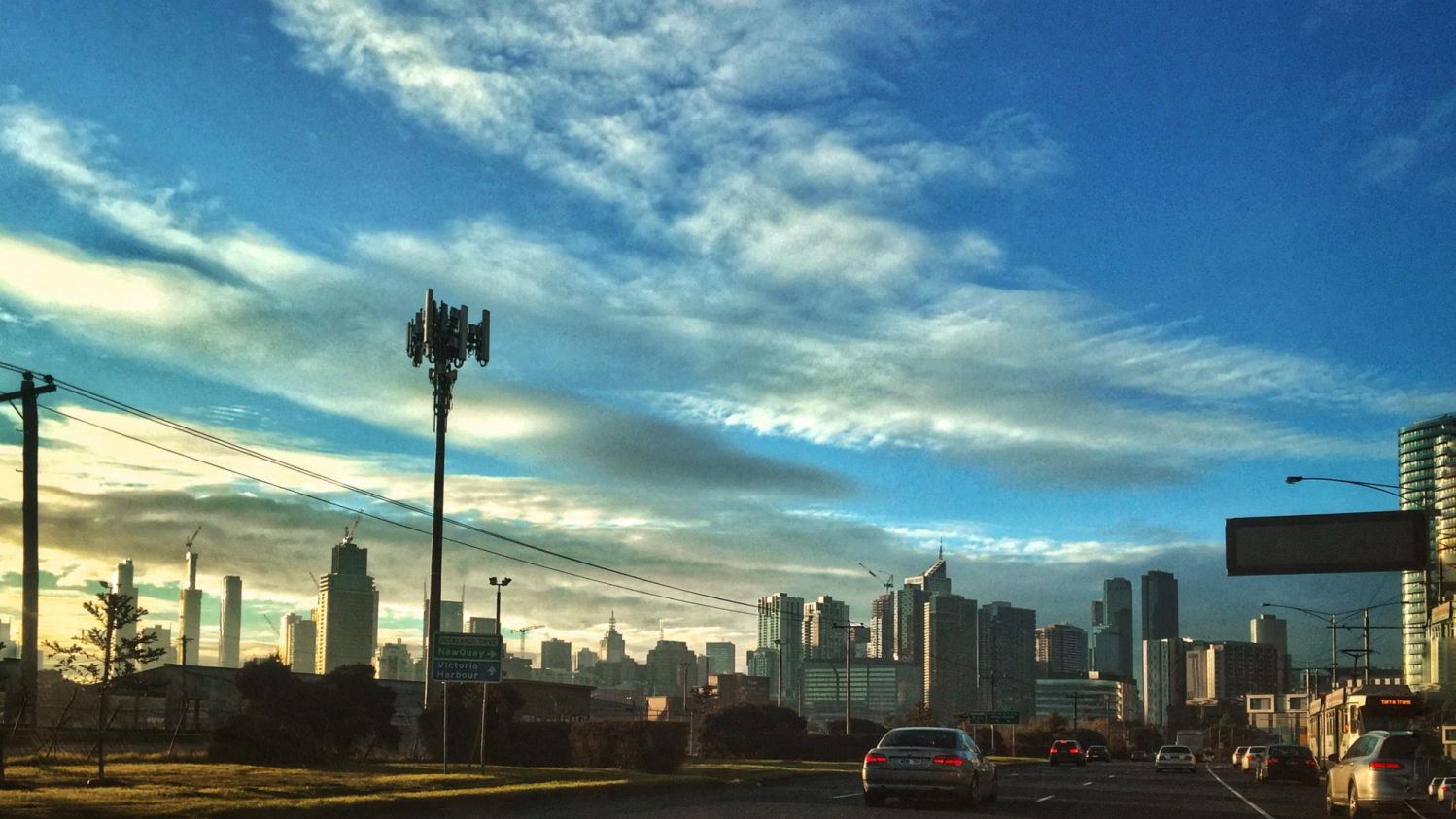 Across Melbourne, the northern suburbs have recorded the strongest growth during the past year, with the median house price jumping 20 per cent.

Despite warnings of a cooling housing market, Dr Wilson said there was still an undersupply.

As the population booms by an average of 2000 people each week, migration is a key driver of price growth.

“Even though we’ve had very strong new development over the last couple of years, it hasn’t soaked up demand,” Dr Wilson said.

NAB chief economist Alan Oster said price growth in Melbourne was forecast to ease over the next year.

“I think the market has still got some momentum in it,” he said. “We don’t expect it to grow at 15 per cent forever.”

While analysts say the nation is at the tailend of the house price boom, first home buyers have been encouraged by recent changes to stamp duty. 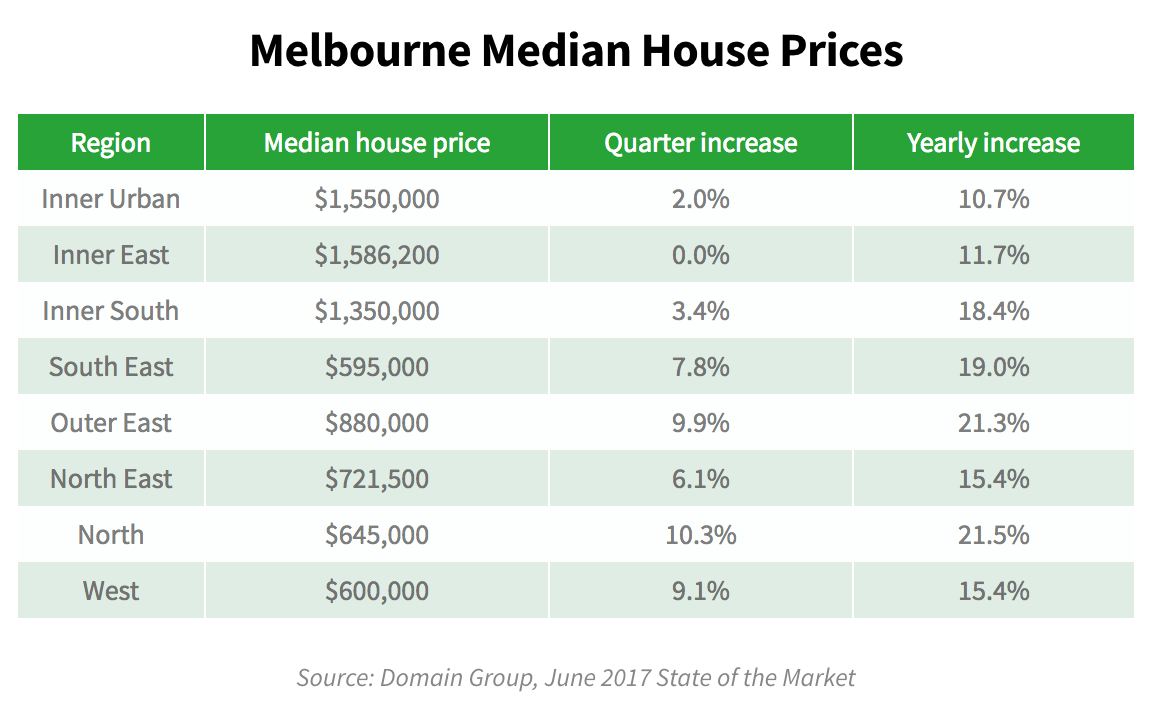 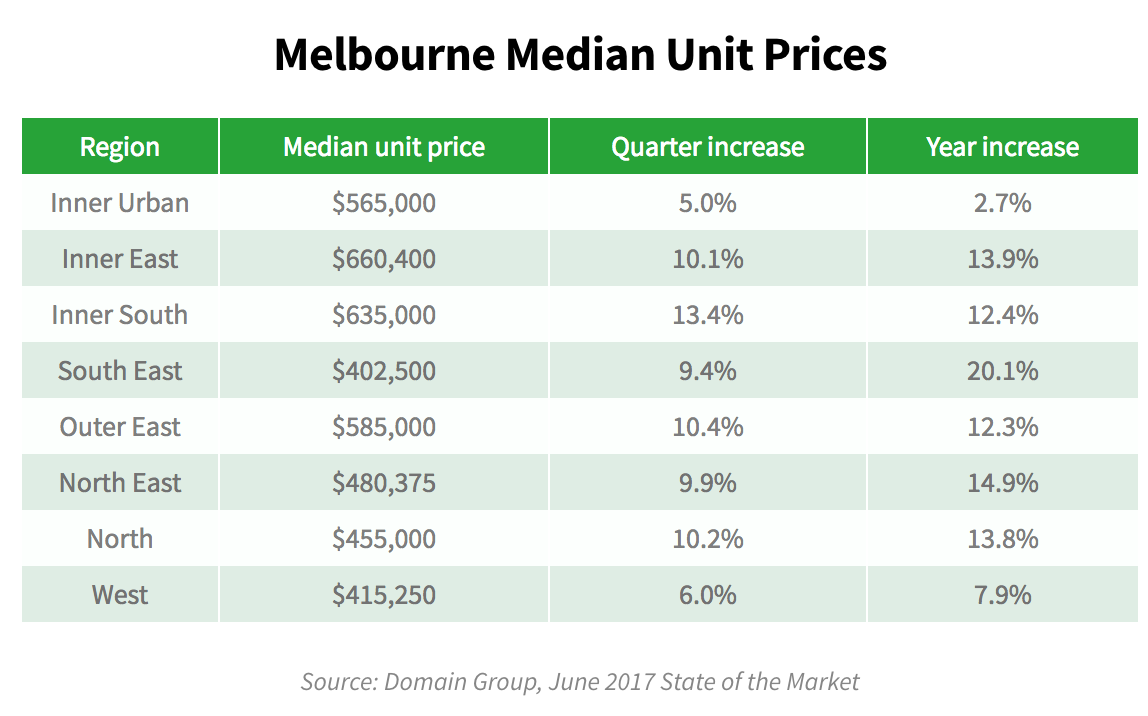 “I went to an open inspection in South Yarra on the weekend, just for a little two-bedroom apartment,” he said. “The line-up was snaked out the door and down the staircase to get into this apartment, and everyone in the line was under 35.”

“From an affordability view in the apartment market, I don’t think it’s going to get better in the short term,” Mr McCabe said.

He said he also expected house prices would plateau over spring, when there was typically more houses hitting the market. 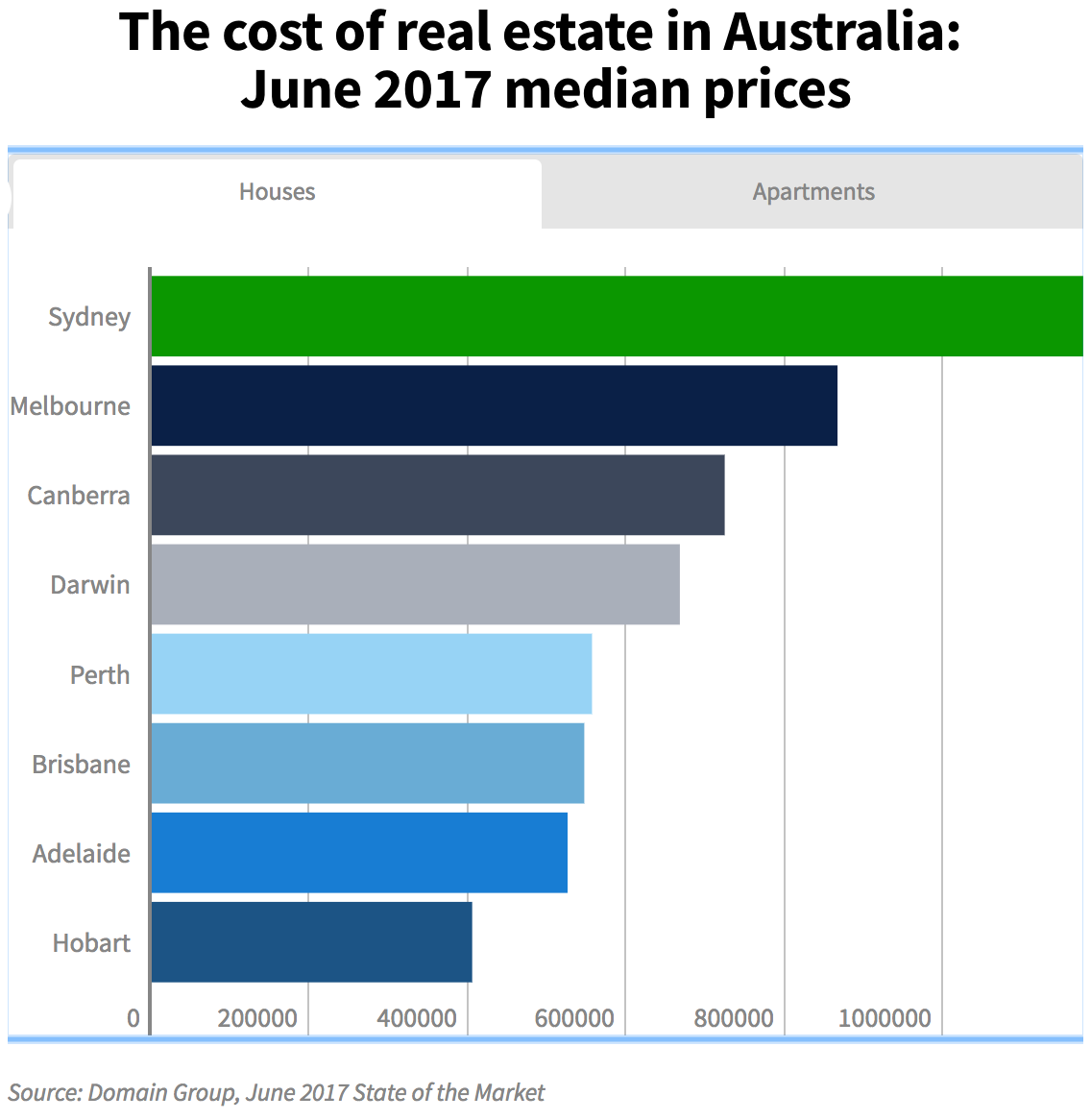 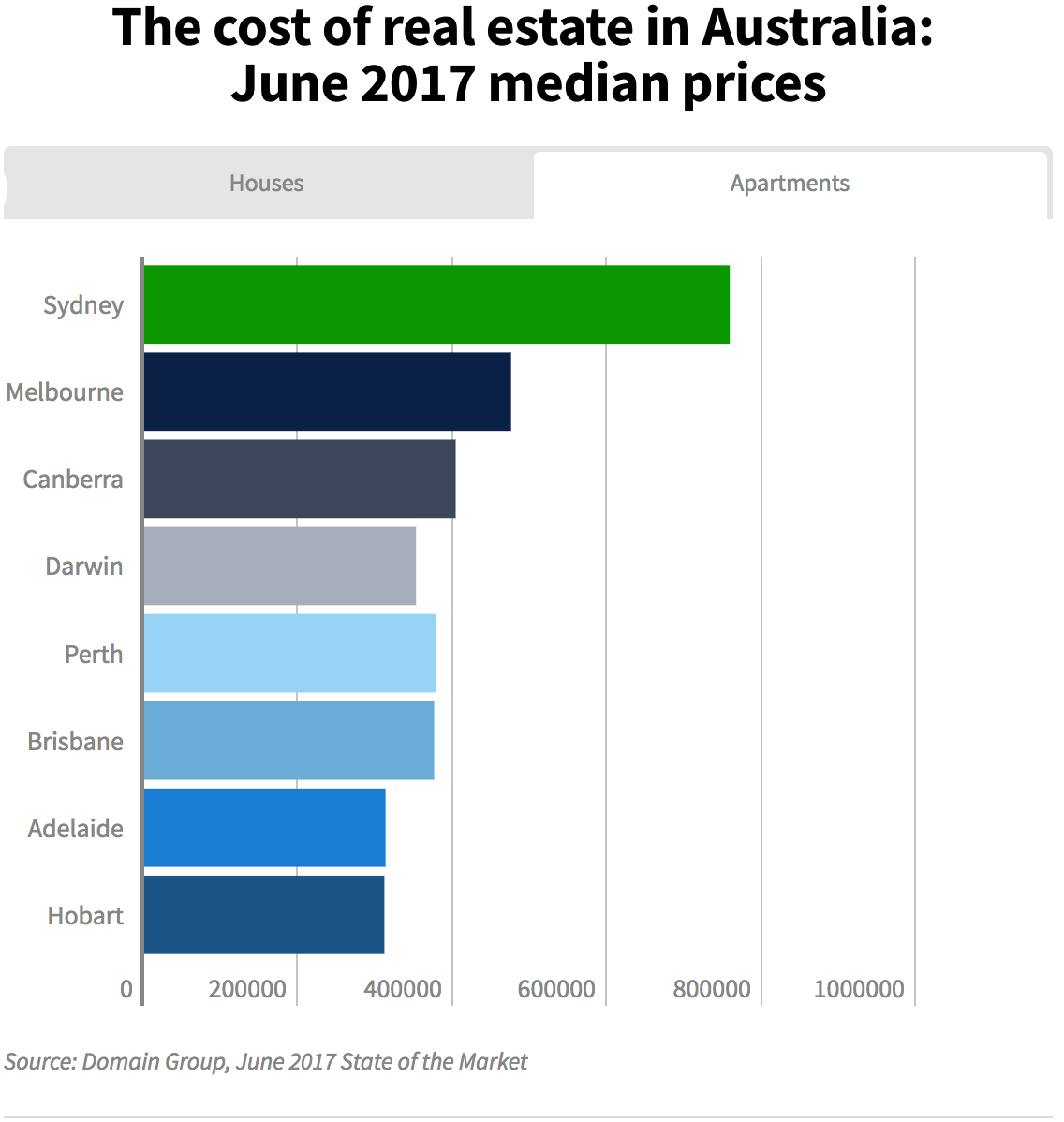 This article was originally published by ALLISON WORRALL JUL 20, 2017 via domain.com.au