This article was originally published by Michael Bleby on Feb 4 2018 via afr.com.au

Melbourne's western suburbs were the country's busiest as first-home buyers and owner occupiers focused on more affordable markets in an awakening housing market.

Suburbs to the west of Port Phillip Bay accounted for 80 of the 881 scheduled auctions nationally in the week to Saturday, and the region recorded a preliminary clearance rate of 69.2 per cent, above the national rate of 67.7 per cent, figures from data provider CoreLogic showed.

In Hopper's Crossing, 30km west of the Melbourne CBD, four bidders pushed a four-bedroom house "tens of thousands" above its reserve price to $680,000 on Saturday.

"The main attendance was more owner-occupiers than investors. The people that bought it are moving from the east. That seems to be quite often these days."

The price range of homes such as 201 Morris Road on a 660-square-metre block were still benefiting from stamp duty exemptions introduced in Victoria last year in an effort to make it easier for first home buyers to get into the housing market.

Across the eastern seaboard, the residential market is picking up steam - the number of scheduled auctions was up from just 276 last week - but the outlook is for a more subdued year.

A faster-than-expected deterioration in Sydney prompted NAB, the fourth-biggest lender, to slash its outlook for house prices this year.

It now expects houses to fall 2.4 per cent and apartments to slip 1.8 per cent in the country's largest city. It predicts continued growth in Melbourne houses and apartments this year, with units in the Victorian capital to fall next year. 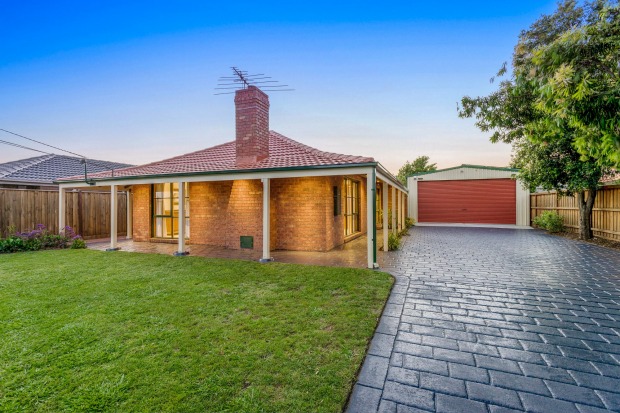 Best in the west: This four-bedroom house at 201 Morris Road, Hopper's Crossing, sold for 'tens of thousands'
above its reserve price to $680,000 on Saturday. Supplied

While Melbourne overall recorded a preliminary 72.8 per cent auction clearance rate, Sydney was more subdued and with auctions in smaller numbers. Preliminary results of a 157 reported auctions - out of a scheduled 207 - showed a 63.1 per cent clearance rate. The Central Coast was the most strongest region, with a clearance rate of 76.9 per cent across 19 auctions.

In Sydney, where figures from Domain Group, majority owned by Fairfax Media - publisher of the Financial Review - showed a preliminary clearance rate of 57 per cent, a four-bedroom house at 1 Irving Crescent, Ryde, sold at auction for $1,335,000 on Saturday. It last sold in 2013 for $810,000. 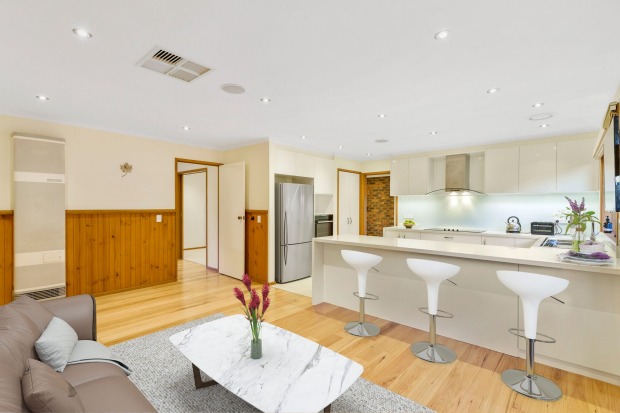 The Hopper's Crossing house was purchased by a buyer who was moving from
Melbourne's eastern suburbs, the selling agent said. Supplied

A two-bedroom house with shopfront retail space on a corner in inner-western Sydney's Annandale sold at auction for $1.65 million.

Conditions are mixed, however. Ray White Group director Dan White said the $2.45 billion in unconditional sales the group recorded in January was four per cent higher than the same month in 2017, indicating the market remained strong.

"The market is hardly falling off a cliff," Mr White said. "Quite the contrary. The strong feedback from our network is that the year has started with well-balanced momentum."

Stock levels remained short in some markets and buyer demand was strong, he said.

"Our results were strong right across the markets, and we have witnessed a strong early lift in prestige listings, especially in Sydney," Mr White said.

The CoreLogic figures showed Brisbane and Adelaide with almost identical auction numbers - 98 and 97 respectively - but the preliminary clearance rates differed greatly. Brisbane recorded a 55.4 per cent rate, where most homes are sold by private treaty, and Adelaide 76.7 per cent.

Canberra posted a preliminary 64.4 per cent clearance rate based on the result of 45 of the 52 scheduled auctions.

Melbourne's western suburb markets are likely to keep booming. Benlor Real Estate's Mr Glen said he listed a three-bedroom house at 11 Endeavour Way in Wyndham Vale, west of Hopper's Crossing, online on Wednesday last week and had already received three offers, two of which were above the asking price of $459,000.