Melburnians embracing renting for life over owning their own home

FOR many young people, the Great Australian Dream of owning a home will remain just that: a dream.

But rather than thrash about in the nightmare of being unable to buy a home, many 20 and 30-somethings have embraced the fact they’ll be renters for life.

They don’t want to be saddled with mortgages while living in a tiny box in the outer ’burbs just to satisfy some societal expectation. No thanks.

“There was an element of expectation, particularly from my mum, that I would buy something to live in,” says strategy consultant Emily Minson, 34.

“The trade-off is renting an apartment where I want to live.”

And what an apartment it is — a light-filled, rooftop sanctuary off a hip cobblestone laneway in Melbourne’s CBD.

“I already commute interstate for work, so it’s great I don’t have to sit in traffic just to get to the office,” Minson says.

“I’m in a position where if people ask me out for drinks after work in the city I’m more inclined to go because I live there.

“I also don’t want to be tied down to a particular city — I don’t know where my career will take me.

“People are a lot more mobile these days and renting gives me flexibility. I wouldn’t trade living in the city for the world.”

“I have this argument with Dad all the time. He lives in Skye and says I should move out there as I’d get triple the house for the same price as an inner-city property,” O’Keefe says.

“I would rather rent somewhere bayside and have quality of life, and for me that means being able to walk to a tram, be close to cafes and my friends.” 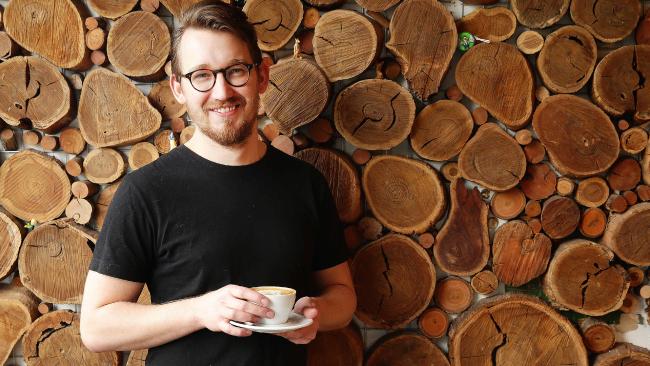 Chris Legg is a barista and he rents in Flemington. He chose to pour all of his savings into his business, a cafe in Fitzroy.

Legg tried to get a foot in the property market but says the auction process is depressing.

“Even looking at places that are in or below your budget in theory don’t end up that way,” he says. “There is so much competition at auction. Properties generally go for $50,000 or $100,000 above the quoted price because there are so many people bidding.

“Even if you’re prepared to compromise on location, size or quality of home just to get in the market, you still can’t do it.”

Legg has been happily renting in the Kensington/Flemington area for seven years.

“Even the cheapest, dodgiest, oldest house in these suburbs is well and truly beyond our price range. But we can afford to rent a two-storey terrace in a beautiful tree-lined street,” Legg says.

Throw in the fact it’s the landlord who is responsible for ongoing expenses, such as rates, repairs and maintenance bills, and renting becomes an attractive option.

This is not a story of Generation Y whining about Baby Boomer and Asian investors sucking up all the good properties and driving housing prices north. It’s about members of Generation Rent accepting they can’t afford to buy where they want to live so they’ll be tenants there instead. They’re less concerned with gaining rungs on the property ladder and are embracing what millions of people from New York to Paris have done for decades: being comfortable with renting for life.

Renting has lost its stigma

In Australia, as the stigma of renting has declined, long-term tenants are no longer viewed as poor, lost and struggling souls, such as those depicted in Giacomo Puccini’s opera La Bohème or Jonathan Larson’s musical Rent.

“Twenty years ago renting might have been viewed like being on the dole,” says financial expert Scott Haywood, from financeguru.com.au “The stigma with renting has almost been removed because everyone knows how much house prices have soared and how hard it is to get a deposit for that home.” 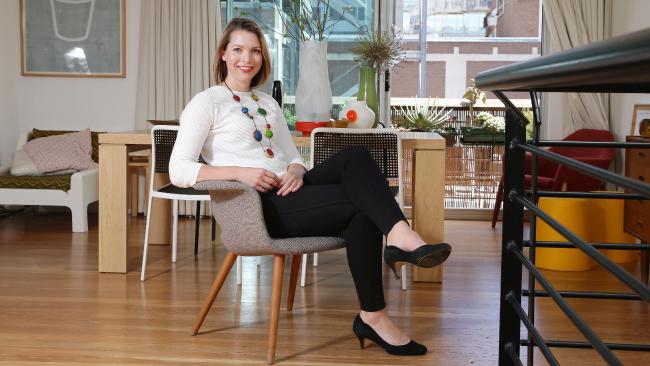 New Yorkers and Parisiennes are content with being renters. Picture: Andrew Tauber

Given wages have remained flat, it’s a financial struggle to get in to the housing market.

“So it will be even harder for young Australians to get that deposit.

“In fact, for a lot of young people — without support from their parents — it’s unachievable.”

Another challenge is the fact entry-levels suburbs have appreciated the most in percentage terms.

“In your outer suburbs such as Deer Park, Dandenong and Noble Park average house prices have doubled from $300,000 to $600,000 and that is the problem. Emerging suburbs have raced ahead, knocking out the confidence of first-home buyers,” Haywood says.

So rather than stumping up for a deposit, more and more people are renting in inner-city ’hoods such as Elwood, St Kilda, Port Melbourne, Albert Park, Richmond, Brunswick and Fitzroy, because that is where they want to live; close to the beach, public transport, cafe culture, their friends and work.

But don’t forget to keep saving

However, while renting is deemed acceptable, it’s no excuse to ditch any savings plan, Haywood says.

He has some advice for what he calls the FOMO (Fear Of Missing Out) Generation.

“You know the ones: they still think they can go to Bali, purchase that new car, go out to breakfast every weekend and coffee every day and buy that new handbag,” he says. “They need to be thinking about what they are doing with their money.”

Haywood says everyone should be thinking about wealth creation — in particular Gen Y, who may not qualify for the age pension until the ripe old age of 80, given rising average life expectations.

And don’t rely on inheritance or taking over Mum and Dad’s home. Longevity and the increased cost of aged care mean parents might need every cent they have to see them through their twilight years.

So where to start?

Haywood suggests tenants consider shared accommodation where rent might be $700 a week split between three occupants, rather than a one-bedroom apartment, which might cost $400 a week for a sole person.

And income insurance in shared houses is a must in case, for example, a flatmate becomes sick and can no longer pay their rent.

If that seems steep, Haywood recommends those on $60,000 save a minimum of $7500 per annum. That money can be invested in the share market for five to seven years before being used as a house deposit.

You can rent and be a homeowner

One of the most appealing and savvy options for perennial tenants is “rentvesting”, where renters buy an investment property — not necessarily where they want to live, but one in a high-growth area. This allows tenants to enjoy all the lifestyle and flexibility benefits of renting in a preferred location while still investing in bricks and mortar.

For example, Melbourne’s metropolitan median of $740,000 may be unobtainable for many, but the outer suburbs’ median is a more affordable $400,000. The city’s most affordable suburb is Melton South, where an average house can be had for just $270,000.

Apartments and units also enable first-home buyers to enter the market at a more accessible price. The metropolitan Melbourne median for apartments is $545,500. House prices in regional Victoria are also more affordable, with a median of $348,500.

“Melbourne’s outer suburbs continue to deliver value for first-home buyers, offering the ideal combination of space and affordability. One and two-bedroom apartments offer first-home buyers the ideal opportunity to get a foothold on the property ladder,” Real Estate Institute of Victoria CEO Geoff White says.

“While the city’s median house price has experienced solid growth this year, first-home buyers can still find value and should consider either a smaller property or looking at suburbs further from the CBD.”

Savvy investors could look at reinvesting in regional Victoria or even interstate.

Minson has adopted this strategy — “I’ve been quite responsible. I’ve bought a small investment property in Adelaide.”

This gives her the security of investing in property while retaining flexibility to live how and where she pleases in Melbourne.

Another avenue where renters can invest is small business.

“I accepted I could not afford to buy a house, and got sick of working like an animal for other people’s businesses, so I decided to invest what money I had in my own business,” Legg says.

He started Newtown Specialty Coffee, Fitzroy, in June 2014. He lives near work and has to smile every time he makes a macchiato, knowing the returns are going back to him.

“We’re not going to retire to Barbados soon, but we’re getting there,” he says.