Perth continues to have the weakest real estate market in the nation, with house prices falling another six per cent in the 12 months to the end of April, new figures show.

The Core Logic Hedonic Home Value Index reveals that Sydney and Melbourne continued the strongest growth in house prices, with capital gains in Sydney hitting 16 per cent for the year and Melbourne jumping 15.3 per cent.

However, there are early signs the hot market in Sydney is starting to cool.

Perth house prices have only increased by 2.3 per cent in the past 10 years.

However, Hobart is also experiencing strong capital growth with the price of a dwelling rising by 13.6 per cent in the past 12 months. 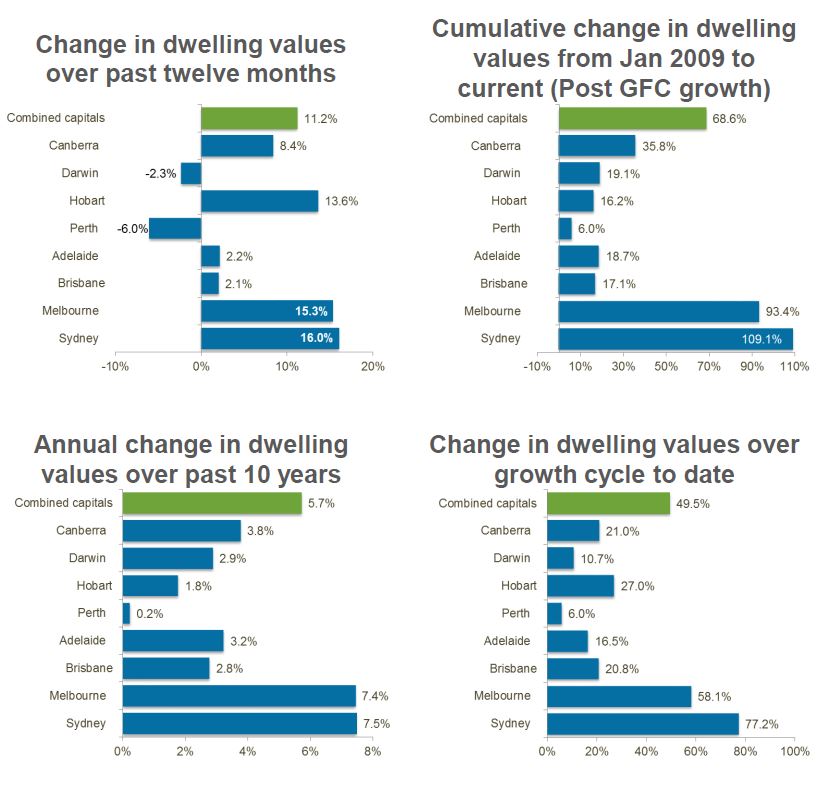 Core Logic spokesman Cameron Kusher said there were several reasons why Perth had a weak housing market, including the end of the mining investment boom which drew tens of thousands of people into the state between 2004 and 2007.

"In fact, now we are actually seeing an outflow of people from Western Australia to other parts of the country.

"So you've got fewer people wanting to buy property and you've got more properties available for sale and we've seen a lot of new housing constructing over the past few years, so you have excess supply and very low demand."

Mr Cameron said the downturn means Perth house prices have only increased by 2.3 per cent in the past 10 years.

He said he expects the housing market to remain subdued in Western Australia until the state's economy improves and more jobs are created around the state.

This article was originally published by Graeme Powell on 1st May 2017 via abc.net.au