This article was first published by Kirsten Robb on the 25 Oct 2016 via domian.com.au

Old houses in a tiny pocket of Melbourne’s west are facing the wrecking ball, as property developers splash out record prices for knockdown homes in the area.

Albion, a suburb known for its Federation-style weatherboards and California bungalows, was one of the last established postcodes in Melbourne where budget buyers could still afford a period home.

But that is set to change, with developers in the past 12 months buying up large blocks of land without heritage overlay and homebuyers pushing up prices on properties with protection.

Albion house prices soared 33.3 per cent to a median of $580,000 in the June quarter, according to Domain Group data.

In April, a developer paid $1.06 million – a record price by a significant sum – for a 1550 square metre site on Dubbo Street. On Saturday a buyer with plans to develop paid $681,250 for a corner block site, the seventh most expensive sale in the suburb.

Albion’s residential record was set in March, when a buyer paid $840,000 for a completely renovated four-bedroom home.

“What we’re seeing in the inner west of Melbourne is almost a repeat of what happened in Sydney’s inner western suburbs,” Dr Wilson said. “It’s an under utilised part of the city, close to the centre, where buyers are taking a second look.” 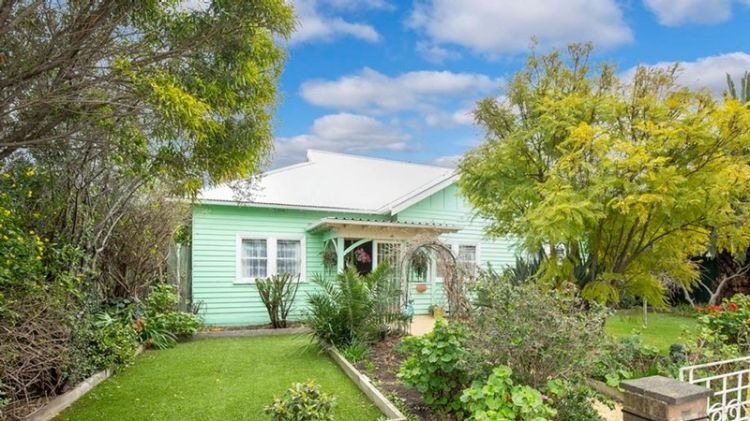 Protected by a heritage overlay, the house at 25 Sydney Street, Albion, was sold to a young man for $816,000. Photo: Bells Real Estate

Property pundits say it was just a matter of time before the developers came knocking, especially as land is about 10 per cent cheaper than in neighbouring Sunshine.

“Albion is a pocket that attracts lower prices, so developers can buy cheaper and afford to develop it,” said Biggin and Scott Sunshine director Frank Forti, whose office sold the Dubbo Street property.

Another benefit is that land may be easier to unlock than on the other side of the city, Dr Wilson said.

“What are the roadblocks for a developer securing a ready-to-go site in Camberwell versus a read-to-go site in Albion? It’s very locked up in the east, so it may be bit of easier journey on the western side of the city – there may be not as much, ‘not in my backyard’.”

While several of the streets in the McKay Housing Estate and War Service Homes Estate are protected by heritage control, many other streets are witnessing old homes being replaced by villa units and townhouses.

Agents say the demand from young families is strong for such properties, with unit prices in the suburb rising 23.6 per cent in 12 months.

“Because of the convenience and closeness to the train station, they’re easy to sell and the resale values in the area are quite strong,” Tan Truong of Bells Real Estate Sunshine said.

Earlier this month Mr Truong sold a home within the heritage protection zone for $816,000 to a young man who wanted to restore the property. He said developers had looked at the site, but were put off by the heritage overlay.