This article was originally published by business reporter Stephen Letts on Nov 9th 2017 via abc.net.au

Property investors appear to be feeling the pinch from tougher lending rules and higher interest rates with a surprise slump in loans in September.

The fall follows a tightening of regulatory screws earlier in the year limiting the banks ability to lend to investors and driving up the cost of new interest-only loans.

Owner-occupier loans also declined (2.1 per cent), while the overall value of mortgages was down 3.6 per cent to $35.5 billion.

The retreat of investors has made life easy for first home buyers who have been taking a larger — albeit still small — slice of mortgage market in recent months.

First home buyers now account for 17.4 per cent of all new home loans, the highest level in four years.

They have also benefited from generous stamp duty discounts in New South Wales and Victoria. 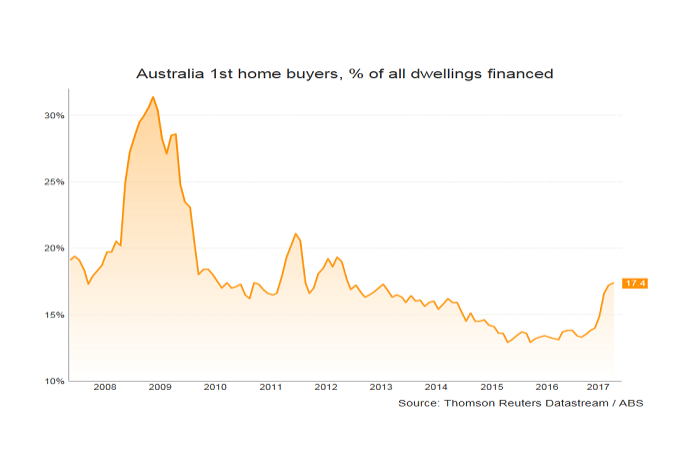 Gloomy with some positives

"Investor lending was unambiguously weak in September, and provides further evidence that August's modest uptick against the trend was more noise than anything else," Mr St John said.

The fall in investor lending was the sharpest in two years, taking the annual growth in the sector to 6 per cent, having grown closer to 30 per cent at the start of the year.

ANZ's Daniel Gradwell said within the negative headline number there were a few encouraging results on the policy front.

"APRA's macroprudential policy, aimed at investors and interest-only loans in particular, appears to be having the desired effect of taking some investor demand out of the market," Mr Gradwell said.

"While household debt is still growing faster than income, developments such as this allow the regulator and RBA to be patient."

The other positive trend is the figures is finance for the construction and purchase of new housing is still trending higher, especially in New South Wales and Victoria.

"This continues to imply that the current pickup in building approvals has further to run over coming months," Mr Gradwell noted. 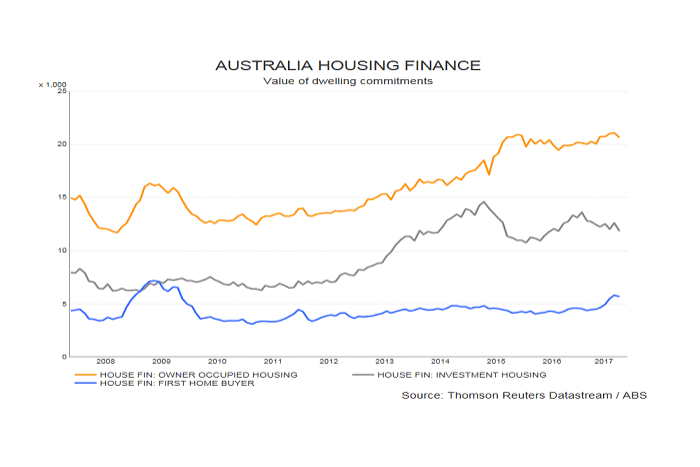