BOOMING real estate prices have homeowners sitting on property gold mines that gain more money each day than many of them make in a week of fulltime work.

Hawthorn owners are sitting pretty with the biggest average daily gains in median house price at a whopping $1100.

Another nine suburbs notched average increases of $600-plus a day last year as the median sale price of houses in their postcodes surged.

And suburbs that had previously been overshadowed by strong performing neighbours have been thrown into the price boom spotlight.

CoreLogic data shows emerging inner city hot spot Abbotsford and family favourite McKinnon chalked up average gains of $827 to $1.102 million and $784 to $1.64 million respectively each day in the 12 months to the end of October last year.

Median house prices in Flinders, Fairfield and Ormond soared more than $700 a day and more than $600 a day in Sandringham, Hampton, Fitzroy and St Kilda East. 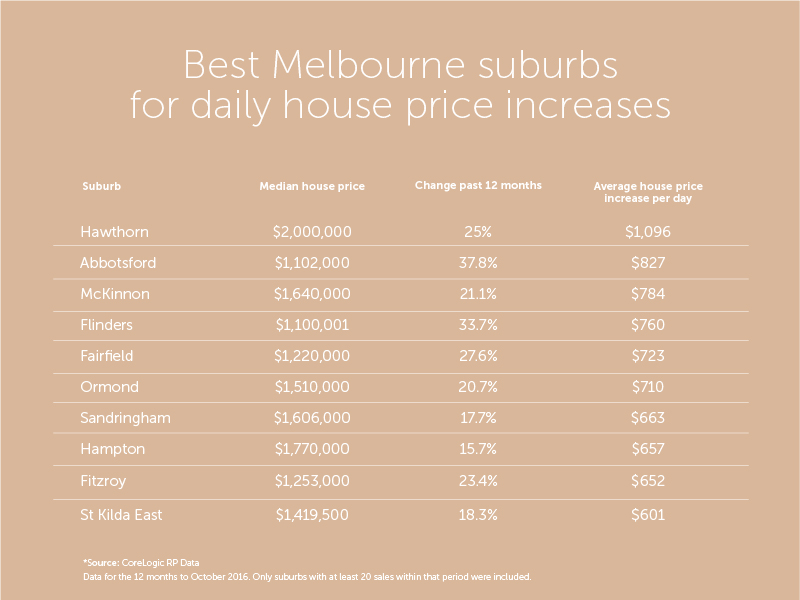 Hawthorn homeowners were the biggest winners, though, toasting an average gain of $1096 a day to a median sale price of $2 million.

“That’s a massive change in the last few years; 10 years ago 5 per cent were selling off shore. So that’s created extra competition.

“Population growth is the highest in the nation with 100,000 people moving here each year.

“We are an international city and this is obviously driving population growth as well and we’re unfortunately getting less and less homes to choose from.

“Every time a developer bulldozes a house and a development goes up, there’s one less family home to choose from.” 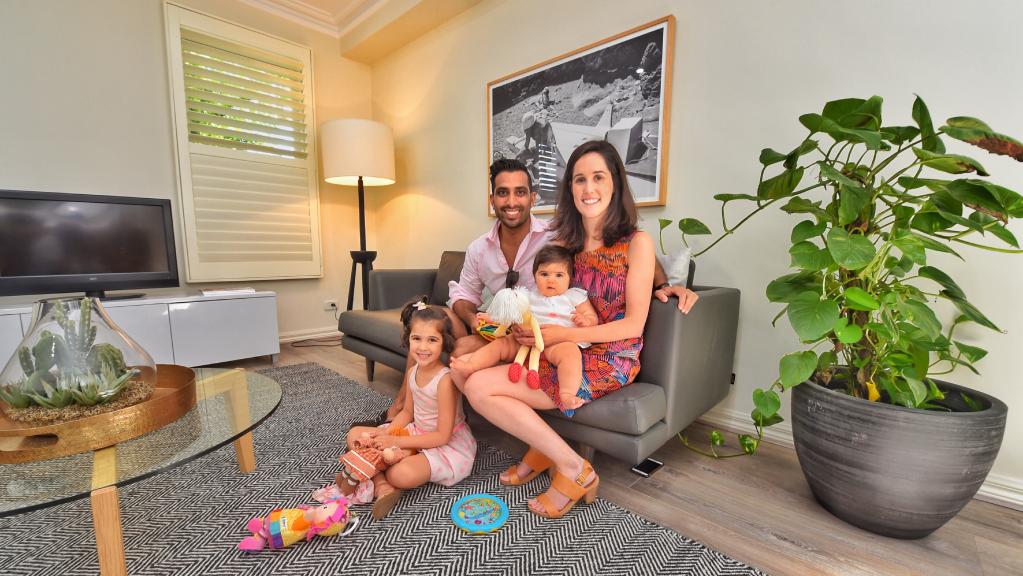 Ryan and Jane De Cruz, with their daughters Charlotte and Margot, are feeling positive about the upcoming auction of their house at 166 Gipps St, Abbotsford. Picture: Tony Gough

“McKinnon Secondary College is definitely one thing and it’s turned into quite a young professional, funky little area with a lot of cool cafes, infrastructure, good parks, and obviously the public schools are really good,” Mr Pintado said.

Ryan and Jane De Cruz are feeling positive about the auction of their home at 166 Gipps St, Abbotsford, on the back of the suburb’s strong growth.

“We think it’s a fantastic suburb. It ticks a lot of boxes, it’s got a young family atmosphere, it’s cosmopolitan and very central as well,” Mr De Cruz said.

Biggin & Scott, Richmond, agent Edward Hobbs said the suburb had played “second fiddle to a degree to Richmond”, but now many were buying there instead.

“It’s got a community spirit, it’s a bit of a village atmosphere as well and it’s just a bit quieter down near the Yarra and those sort of precincts than the hustle and bustle of Richmond,” he said.

But it wasn’t rosy for owners in all suburbs.

This article was originally published by Scott Carbines on the 16th Feb 2017 via realestate.com.au