Sydney and Melbourne housing affordability woes: Is it time to move to Adelaide?

"Housing out of reach", "The death of the Australian dream" — if you're a young adult living in Sydney or Melbourne such headlines might be enough to make you give up trying to own your own home.

House prices in Adelaide, however, remain affordable and with international travel guide Lonely Planet laying praise on the city in recent years, along with economists, perhaps it is time for a closer look at the festival city.

Cameron Kusher, CoreLogic's head of research in Australia, said Adelaide's median house price was $455,000 at the end of February.

"We're talking Sydney prices almost double what they are in Adelaide, but you certainly don't get double the wage for the same level of job in Sydney," Mr Kusher said.

In fact, to service an 80 per cent loan in Sydney, it would cost a homeowner 44.5 per cent of their annual median income, compared to 37.9 per cent in Melbourne and 33 per cent in Adelaide.

Just saving a 20 per cent deposit in Sydney will cost somebody 168 per cent of their median annual earnings. In Melbourne it will cost 143 per cent but in Adelaide it is a relatively smaller 125 per cent.

"It's much harder to get into the market in Sydney, and it's a similar story in Melbourne," Mr Kusher said.

"And once you're in the market, you've got to dedicate a lot more of your income to paying off the mortgage." 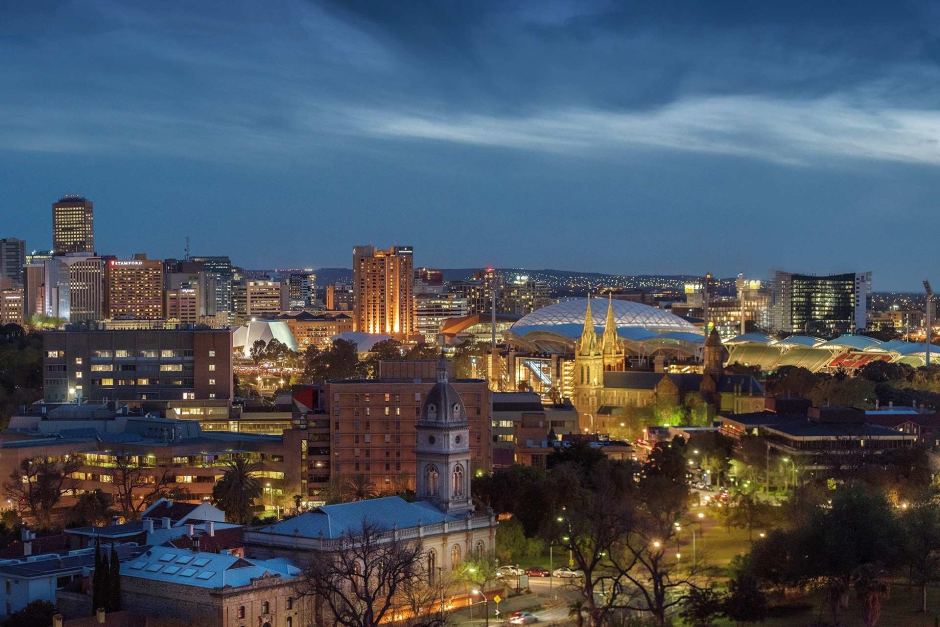 PHOTO: SA was endorsed by the Lonely Planet guide as one of the top five regions in the world to visit in 2017.
(Facebook: South Australia)

Is it time to move to Adelaide?

The housing figures make an isolated argument for an interstate move, but mention Adelaide to any parochial Sydneysider or Melbournian and it is more often than not met with scoffing, invariably by those who have never travelled there.

"The big brother or big sister will always knock the little one into place," Melbourne-based Lawrence Mooney said, an Adelaide fan who visits regularly.

"People need to feel superior in some way or another. That's why Adelaide's picked out.

"People couldn't be bothered going to the trouble of discovering the place. They took a quick look and just go, 'it's small and shit and boring', and that's incorrect."

They might call Adelaide a sleepy town with a disproportionate appetite for weird, headline-grabbing murders; an ageing place full of baby boomers who block innovation and refuse to retire; or a town full of hardcore football fans who harbour a chip on their shoulder for losing the grand prix to Melbourne.

Such descriptions are correct, of course, but unbeknown to Sydneysiders equipped with blinkers, or Melbournians reciprocating an unassailable football rivalry, Adelaide has transformed significantly over the past seven years:

The transformation has not gone unnoticed overseas.

Lonely Planet recently listed South Australia fifth on it Best of Travel 2017 list, citing its wine regions and beaches as drawcards, just three years after it endorsed Adelaide as one of the top 10 cities in the world to visit in 2014.

And in 2016, the Economist Intelligent Unit listed Adelaide as the fifth most liveable city out of 140 cities surveyed worldwide.

Melbourne was listed as number one; Sydney dropped four places to move out of the top 10 altogether. 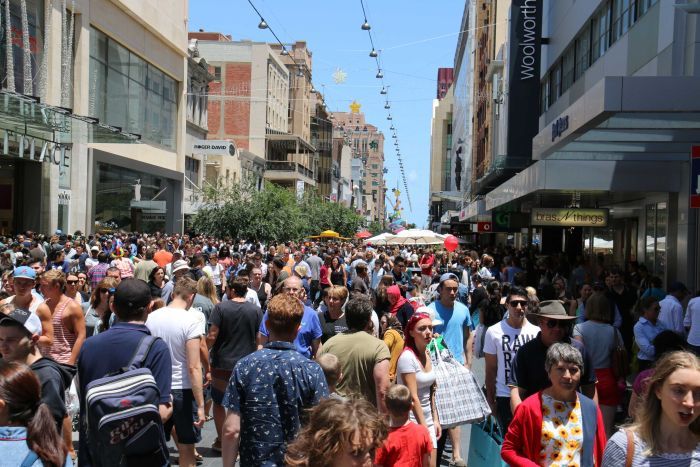 Rita Horanyi, 34, moved to Adelaide from Melbourne in 2010 to do postgraduate study and now lives there.

"It's true that Adelaide didn't have a great reputation when I first moved, and back then it was understandable why that was the case," she said.

"In the last five years the city has improved significantly. Adelaide's bad reputation lingers, but friends of mine from interstate who visit for festivals and so on do notice the changes and are pleasantly surprised."

Warner Music media manager Bret Woods, 35, moved back to Adelaide about four years ago after spending his adult life in Sydney.

"Working in the music industry, I'm seeing there's more than enough stuff going on," he said.

"To me, it almost feels like when Sydney had that small bar scene five or six years ago. Adelaide's in the same situation."

Having recently bought a house in Adelaide, Mr Woods simply laughed at the idea of buying a house in Sydney.

"Buying a place in Sydney is impossible, let alone anywhere we wanted to live or used to rent."

He added that perceptions of Adelaide interstate were starting to change, with several friends from the UK and Sydney having recently visited for the Fringe Festival and the Clipsal 500 car racing carnival.

"And obviously our wine regions are pretty highly regarded, and at least do their bit to hold up SA to the rest of SA [outside the festival months]." 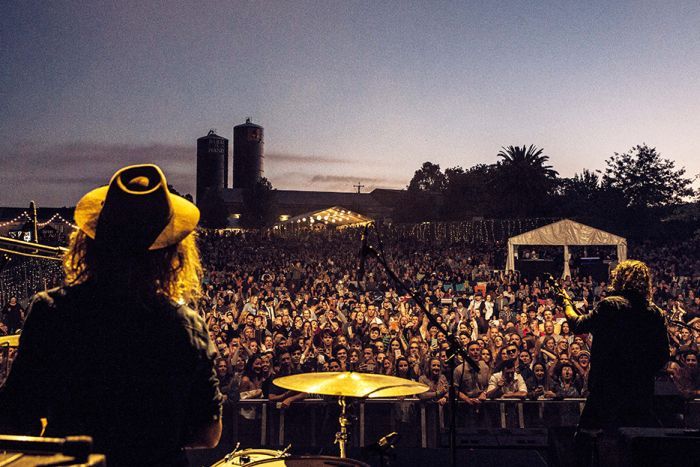 "The kind of lifestyle you can have in Adelaide is not attainable in Sydney, unless you are earning megabucks," he said.

"I was up there last weekend and was struck again by the beauty of the city, but then very few Sydneysiders get to really enjoy that.

"Most of my time was spent working and commuting."

Dubai-born surgeon Annika Mascarenhas, 27, moved to Adelaide from Perth in 2013, having visited the year before.

"I've been here while things have started to boom," she said.

"I think the misconception exists that Adelaide's a sleepy city. It exists in Perth as well.

"The Oval opened, the Fringe got a bit bigger, more wineries are advertising good weekends ... there's plenty to do."

Before Adelaide can expect a major influx of young adults chasing the homeowner's dream, however, it does lack in one area that Sydney and Melbourne has in spades — job opportunities.

"Since the end of 2008, most of the growth in the housing market has been in Sydney and Melbourne, but those two cities between them have created about 66 per cent of all jobs created since 2008," Mr Kusher said.

Most of those jobs have been in the services sector, financial services and the health care sector.

"But unfortunately for the rest of the country, the jobs growth story hasn't been as strong," Mr Kusher said. 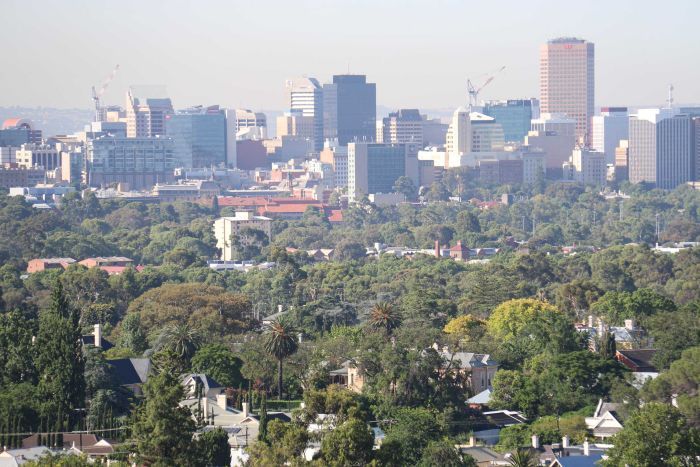 PHOTO: Cranes are a regular feature on Adelaide's skyline as the city undertakes a transformation.
(ABC News: Malcolm Sutton)

This article was originally published by Malcolm Sutton on the 10th March 2017 via abc.net.au