Talk of a property slowdown is just ‘propaganda’: expert

A senior property data expert has warned Australians not to fall for “propaganda” claiming the Sydney and Melbourne housing markets have already cooled.

Even Treasurer Scott Morrison cited CoreLogic’s numbers on Friday to argue the housing market needed a “scalpel, not Labor’s chainsaw”.

“The concern here is that we’ve actually had the Treasurer refer to the index, basically to imply that he doesn’t really need to do that much more on affordability,” Mr Christopher told The New Daily.

“It couldn’t be further from the truth. Our opinion is that the market continues to boom and APRA [Australian Prudential Regulation Authority] will likely have to step into the market later this year.

“This is being used as propaganda, as an excuse for people to hold back from taking real action in the market.”

Unlike CoreLogic, SQM Research calculated that asking prices for houses rose over the last month by 1.1 per cent in Melbourne and 2.2 per cent in Sydney, coupled with steadily falling property listings and strong auction clearance rates around 80 per cent.

Falling listings were probably a sign that vendors were “holding back” because they expected prices to rise even higher, Mr Christopher said. 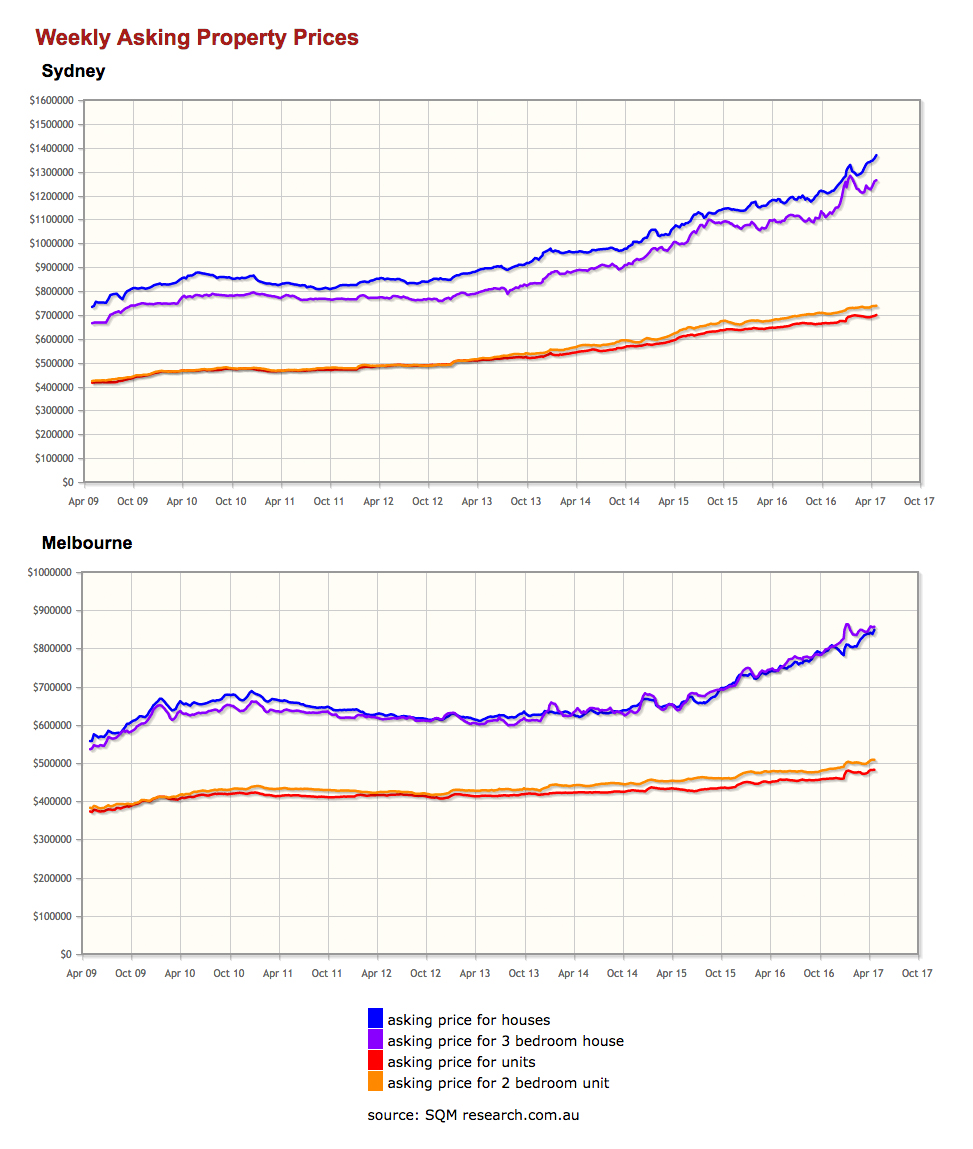 This is in stark contrast to CoreLogic, which estimated that Sydney’s dwelling values fell 0.04 per cent last month, while Melbourne grew by just 0.5 per cent. According to its index, combined price growth in the capital cities was the slowest month-on-month since December 2015.

CoreLogic is the most widely cited property pricer, at least among journalists, because it reports dwelling values daily and weekly. Its data formed the basis of most headlines reporting a ‘slowdown’ or ‘peak’.

However, CoreLogic’s own research director, Tim Lawless, urged “caution” last week about over-interpreting the company’s April numbers. He told The New Daily “potentially there is some seasonality creeping into these numbers”, as the index is generally moderated in April and May.

The Reserve Bank dumped CoreLogic as a data source last year over concerns about its methodology. 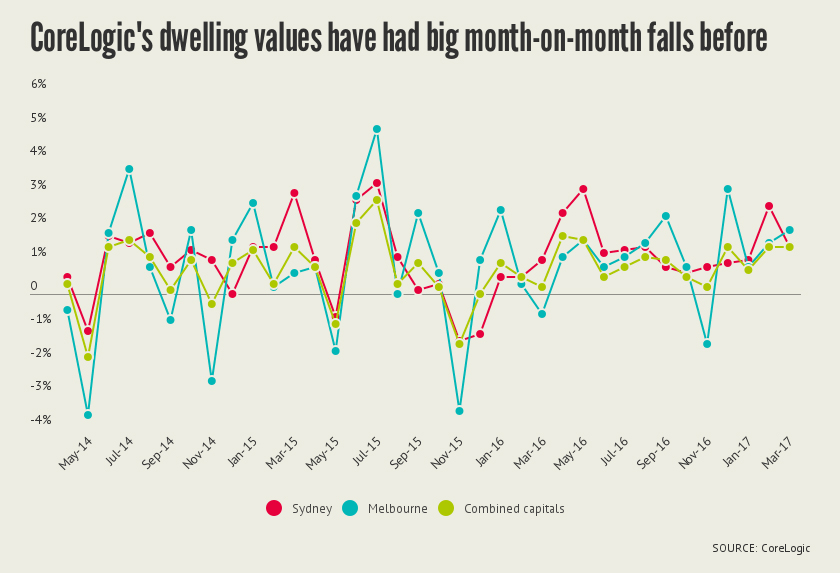 Mr Christopher said while the data continued to paint a picture of a booming market, he did not rule out a “slowdown” later in 2017, especially if regulator APRA cracks down further on bank lending.

By “real action” on affordability, he meant a temporary cut to immigration; incentives for migrants to move to regional areas; and the replacement of state-imposed stamp duties with a federal land tax.

Dr Stephen Koukoulas, an economist, warned that calling the end of the boom now would be “extremely premature and arguably a bit hazardous”.

He admitted he had been caught out “badly” in years past by making too much of month-to-month CoreLogic fluctuations, and urged others not to repeat the mistake.

“If we get another month of zero, well, the story builds. But so far I don’t think we’ve seen enough concrete evidence to say definitively this is the end of the boom,” Dr Koukoulas told The New Daily.

He also warned that vested interests could use CoreLogic’s numbers for their own ends.

However, the economist agreed the markets would eventually cool, perhaps as early as the second half of 2017.

“Look, it is going to cool, it is going to slow down, because it can’t keep going at that pace. There’s the APRA changes, many rate hikes by the banks, an oversupply in Brisbane apartments and Perth’s still looking dreadful,” Dr Koukoulas said.

“But to say there will be minus signs and a genuine ‘bust’, ‘correction’ or ‘slump’, that’s not going to happen. Or at least, I’d want to be see more evidence.”

An ideal scenario would be for price growth to stagnate at zero per cent in Sydney and Melbourne for the next five years while wages grow by 2 or 3 per cent (up from the current 1.2 per cent), he said.

“There is a problem in house prices in Sydney and Melbourne – there’s no question, I don’t think. Saving a deposit is diffic

This article was originally published by Jackson Stiles on the 2nd May 2017 via thenewdaily.com.au