The Melbourne suburbs threatening to break through a $1 million median

This article was originally published by Kirsten Robb on the 2nd November 2016 via domain.com.au | Image: A young family from Northcote paid $100,000 over reserve for 92 St Leonards Road, Ascot Vale.

As $1 million begins to mean less and less in Melbourne real estate, a fresh batch of postcodes are poised to make seven-figures the new suburb standard.

Blackburn North and South will soon join Blackburn proper in the million-dollar club, alongside neighbour Burwood East, if house price growth continues on its current trajectory.

Ascot Vale and Flemington, previously overlooked because of the presence of public housing in the area, are also set to become two of only a handful of western suburbs that command a $1 million price tag.

Six months ago, suburbs such as St Kilda, Moonee Ponds and Box Hill North threatened to smash through the benchmark. They have since made good on that threat, now all boasting medians in excess of $1.1 million.

Highett, North Melbourne and Abbotsford were all new entrants to the club during September quarter, while it was a different fortune for Wheelers Hill, which fell out of the club when prices dropped 4.8 per cent in the quarter. 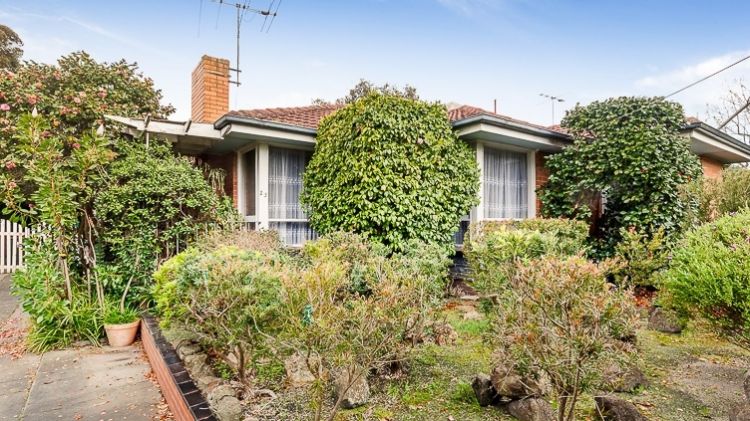 Blackburn South is now the closest million-dollar wannabe, sitting at a $995,000 median. Blackburn North follows close behind on a median of $965,000.

Jack Stack of Barry Plant Blackburn said Blackburn proper had been sitting comfortably above $1 million threshold for some time, but in the past 12 months, price growth had rippled out to Blackburn North and South.

“I now tell buyers they need between $1 million and $1.2 million for an entry level property [in those suburbs],” Mr Stack said.

He sold a completely unrenovated three-bedroom home earlier this month to a young couple who offered $1,050,000 to secure the property before it went to auction.

Ascot Vale and Flemington sit at medians of $970,000 and $955,000 respectively. In October, there were 11 sales in excess of $1 million in Ascot Vale and seven in Flemington, Domain Group data shows.

Brad Teal agent Brad Airs said it would be difficult for a buyer to buy anything in a good liveable condition under $1 million in both suburbs.

“Ascot Vale has been a sleeper compared to its neighbours Essendon and Moonee Ponds,” Mr Airs said. “But with the growth of the Union Road coffee strip, it’s become a real hub, it’s attracting a lot of young buyers looking for that lifestyle.”

Many young buyers who had been priced out of the suburbs they grey up in, such as Richmond, Kew, Port Melbourne and St Kilda, considered Ascot Vale and Flemington a more affordable option for period homes close to the city, he said.

The agency recently sold a three bedroom home to a young family from Northcote, who paid $100,000 over reserve at $1,205,000, to secure the renovated property.