YOU are either going to rejoice at the news of this data or go home and cry in the shower — depending on which side of the home ownership equation you’re on.

According to new figures from CoreLogic, the number of suburbs nationally with a median house price of at least seven figures is rising. Significantly.

Over the five years to December 2016, the number of suburbs across the country with a median value of at least $1 million rose by a 176 per cent. There were 760 suburbs in the million-dollar club at the end of last year, compared to 275 suburbs at the end of 2011.

What is even more frightening, or pleasing, is that by the end of 2016, 136 suburbs had a median house price of at least $2 million, an increase of 249 per cent over the five years.

“While rising housing values increase the asset wealth of owners, it is also reflective of the fact that for those who don’t yet own a home it is becoming increasingly difficult to save a large enough deposit in order to purchase a home,” CoreLogic’s Cameron Kusher wrote.

“The rise in suburbs with a median value of at least $1 million over recent years is reflective of the growing chasm between those that own homes and those who don’t.”

Unsurprisingly, NSW and Victoria were behind much of the growth in these million-dollar suburbs, making up 87 per cent of the 760 suburbs nationally.

And the combined capital cities accounted for almost all of the seven-figure suburbs (94 per cent).

“This is representative of the higher cost of housing in capital city markets. It also highlights the relatively weaker value growth performance of regional housing markets throughout recent years,” Mr Kusher wrote.

In 2016, New South Wales had 368 new entrants to the exclusive million-dollar median club, compared to the 2011 list. Of those new suburbs to make the list last year, apartments were behind 73 of them and houses were behind 295.

An unexpected suburb that has now made the list, thanks to its growing apartment prices, is Burradoo in the NSW Southern Highlands, about 120km outside of Sydney.

When it comes to suburbs with median house prices of at least $1 million, the list was varied and extensive. New entrants to the list in 2016, thanks to their seven-figure house prices, included the typical inner-ring Sydney suburbs of Annandale, Ashfield, Erskineville, Dulwich Hill, Lilyfield, Newtown, Redfern, Surry Hills, Woolloomooloo and Zetland.

However, even areas as far out of Sydney as Killcare, Hardy’s Bay, Jilliby, Mangrove Mountain and Wagstaffe and Patong, all on the NSW Central Coast all had median house prices reach at least $1 million in 2016. 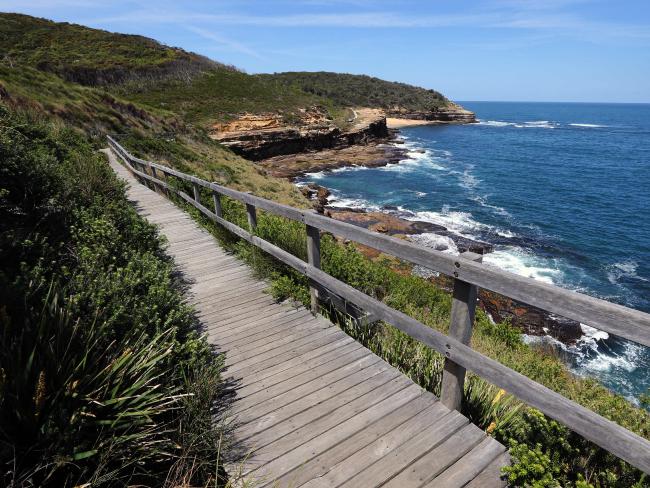 The New South Wales Central Coast is in hot demand with prices to challenge Sydney.

Other outsiders to the list in 2016 were Hyams Beach, Jaspers Brush, Yarramundi, Werombi, Werri Beach, Tintenbar and Sutton.

In our other major property markets — Victoria and Queensland — it was purely strong house price growth driving the new entrants in the 2016 list. In Victoria, there were 64 new suburbs added to list, including mostly Melbourne inner-ring suburbs of Fitzroy, South Yarra, St Kilda, South Melbourne, Richmond, Balaclava, Carlton and Northcote.

New middle-ring suburbs include Wonga Park, Wheelers Hill, Vermont and Donvale. Gisborne South, about 50km outside of Melbourne’s CBD, also now has a median house price of at least $1 million.

What is interesting to note is that apartments were been the biggest mover nationally. The number of $1 million apartment suburbs across the country increased by a whopping 479 per cent over the five years, compared to a 160 per cent increase for houses.

But demand for luxury apartments has been a growing trend of late. According to different research released by CoreLogic in October 2016, units made up more than one in 10 (13.5 per cent) of the $2 million sales nationally over last financial year.

And in our most expensive housing markets — Sydney and Melbourne — there were more units sold for at least $2 million than houses sold above that price point across each of the other capital cities.

This trend is largely linked to our ageing population, as downsizes look to exit a high value freestanding home for a high-quality apartment. And it is a trend which shows no sign of slowing in 2017.

Real estate agent Richard Shalhoub, principal of Sotheby’s International Realty for Sydney CBD and Pyrmont, said luxury apartments will be a major driver of demand in Sydney this year.

“There’s a shortage of supply in the prestige apartment market in comparison to the volumes of buyers who are actively seeking them,” he said.

“In many cases buyers are looking for a very easy lock up and leave lifestyle. Privacy and security are two influential factors that buyers commonly desire, as well as a convenient location with easy access to lifestyle attractions. New prestige apartments all offer this.”

However, as news.com.au has previously reported, the demand for and construction of these high-end apartments poses problems for affordability.

Apartments are supposed to be the affordable entry-point into the market but a lot of the supply of new apartments are targeting wealthy Baby Boomers.

“What does that say about housing affordability when units being constructed are premium units?” Matt Tiller, Head of Research for LJ Hooker,previously told news.com.au, speaking about the CoreLogic research released in October.

This article was originally published by Julia Corderoy on February 8, 2017 via news.com.au