There are now no suburbs left in Sydney with a median house price under $500,000

This article was originally published by JENNIFER DUKE via domain.com.au | OCT 18, 2017

Sydney has surpassed another affordability milestone. There are now no suburbs with a median house price under $500,000.

Five years ago, Sydney was home to 159 suburbs with median house prices of less than half a million dollars.

But these have been dropping off at ever-increasing rates, Domain Group data shows. 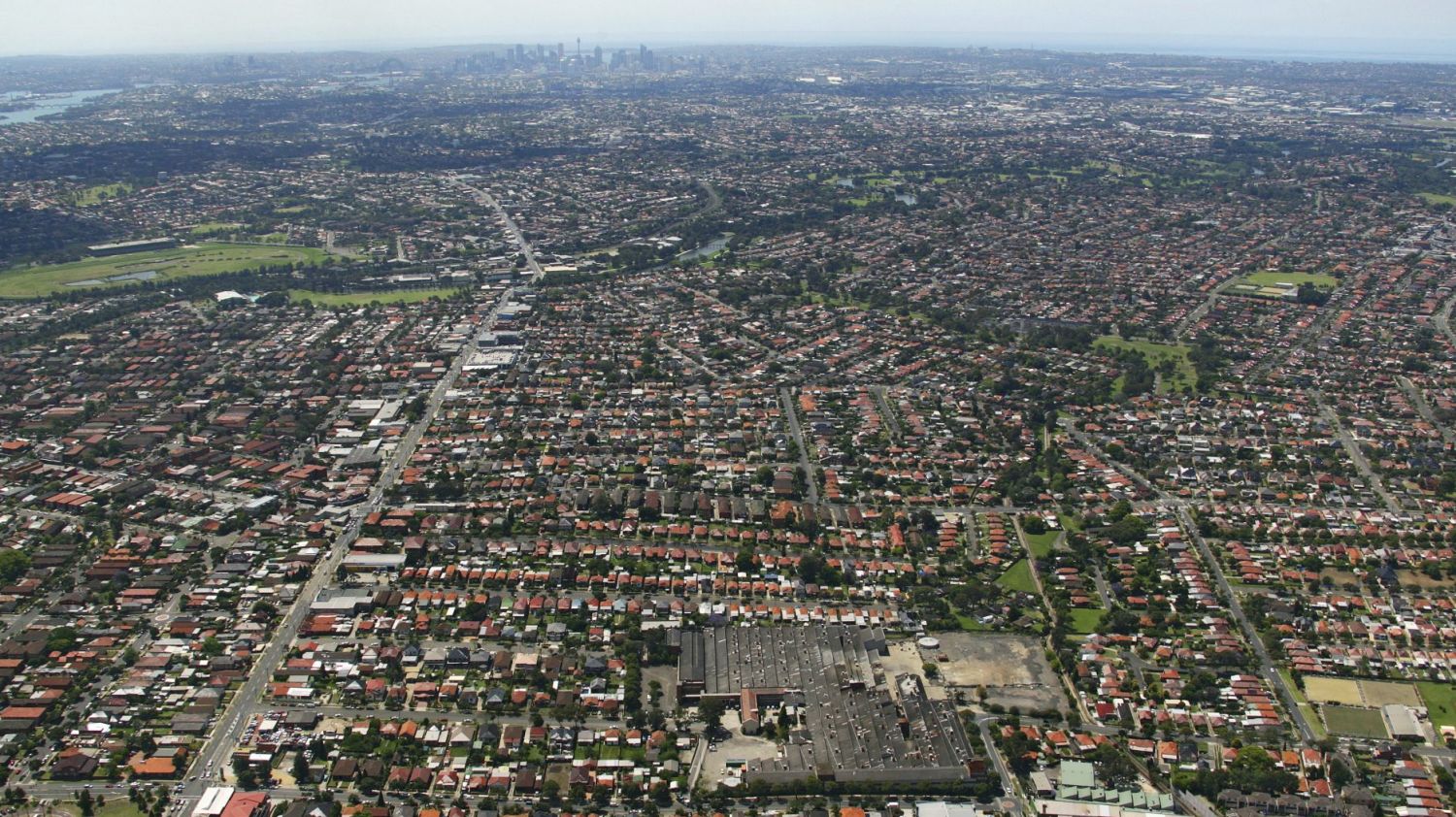 Sydney’s western suburbs are among the most affordable – but none of them have a median price under $500,000 anymore.

But now, not a single suburb remains. 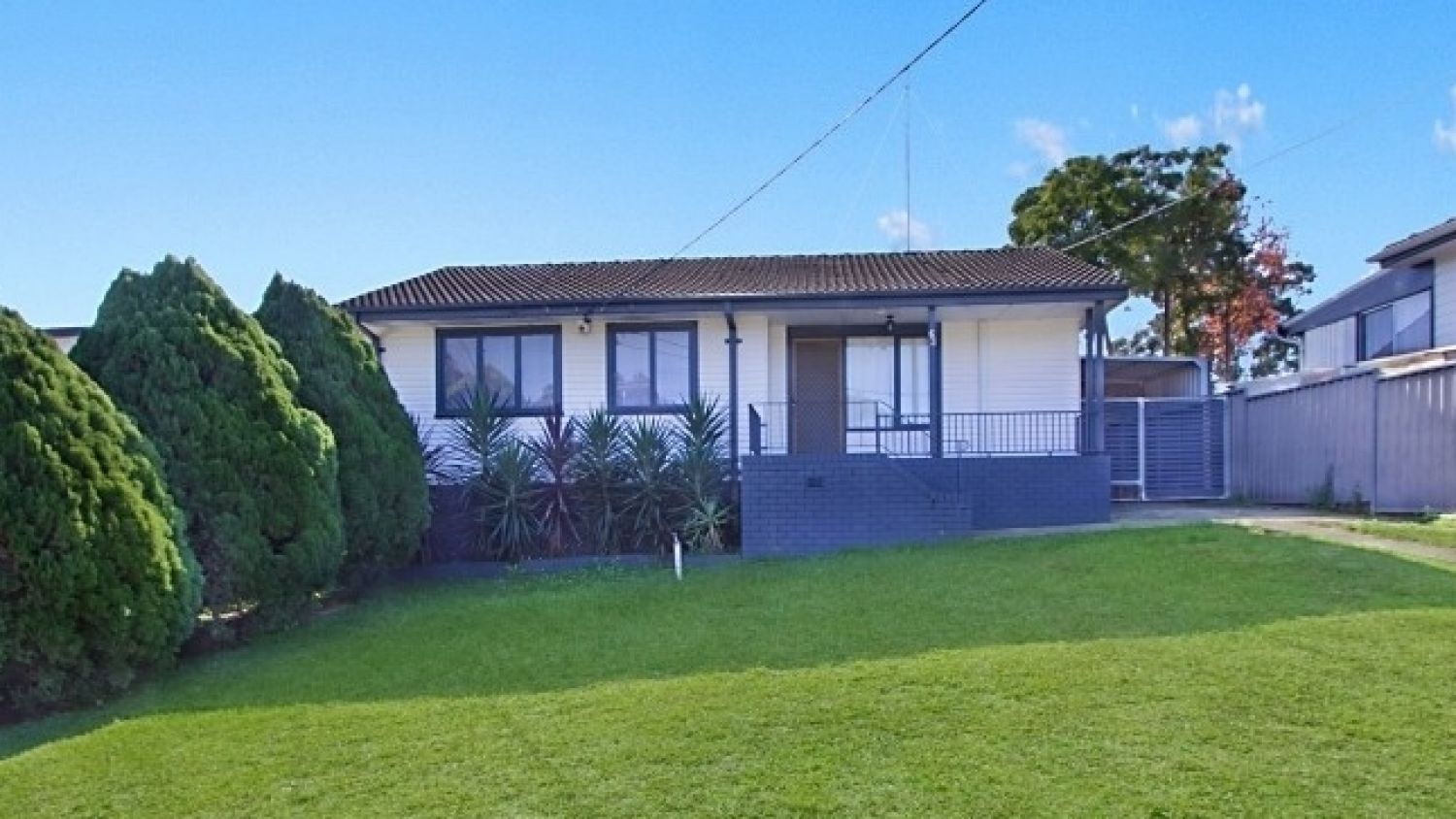 The closest to this price point is Tregear where the median house price is $510,000 – followed by Willmot, with a $515,000 median price. Both suburbs are more than 40 kilometres west of the Sydney CBD, September quarter data shows.

In Tregear, a typical three-bedroom house on 580 square metres aimed at first-home buyers and investors, sold for $515,000 in July.

As this is the “median” price – the middle sale of everything sold in a measured time period – this means there would be some homes available under this value.

Prices at the lower end of property market were continuing to climb, despite Sydney’s overall median price declining in the September quarter.

“There will always be pressure from the bottom prices upwards, even as the market slows, as many people are still scrambling to buy in.”

Suburbs with a median house price under $600,000 are also in short supply – with 17 suburbs in this category out of hundreds in the Greater Sydney basin.

This includes the cheapest suburb Tregear, but also neighbouring Willmot, Blackett and Mount Druitt – all western suburbs within the Blacktown area.

“Sydney has now waved goodbye to the half-a-million dollar mark, and it’s possible a surge in first-home buyers is behind this,” Dr Wilson said. 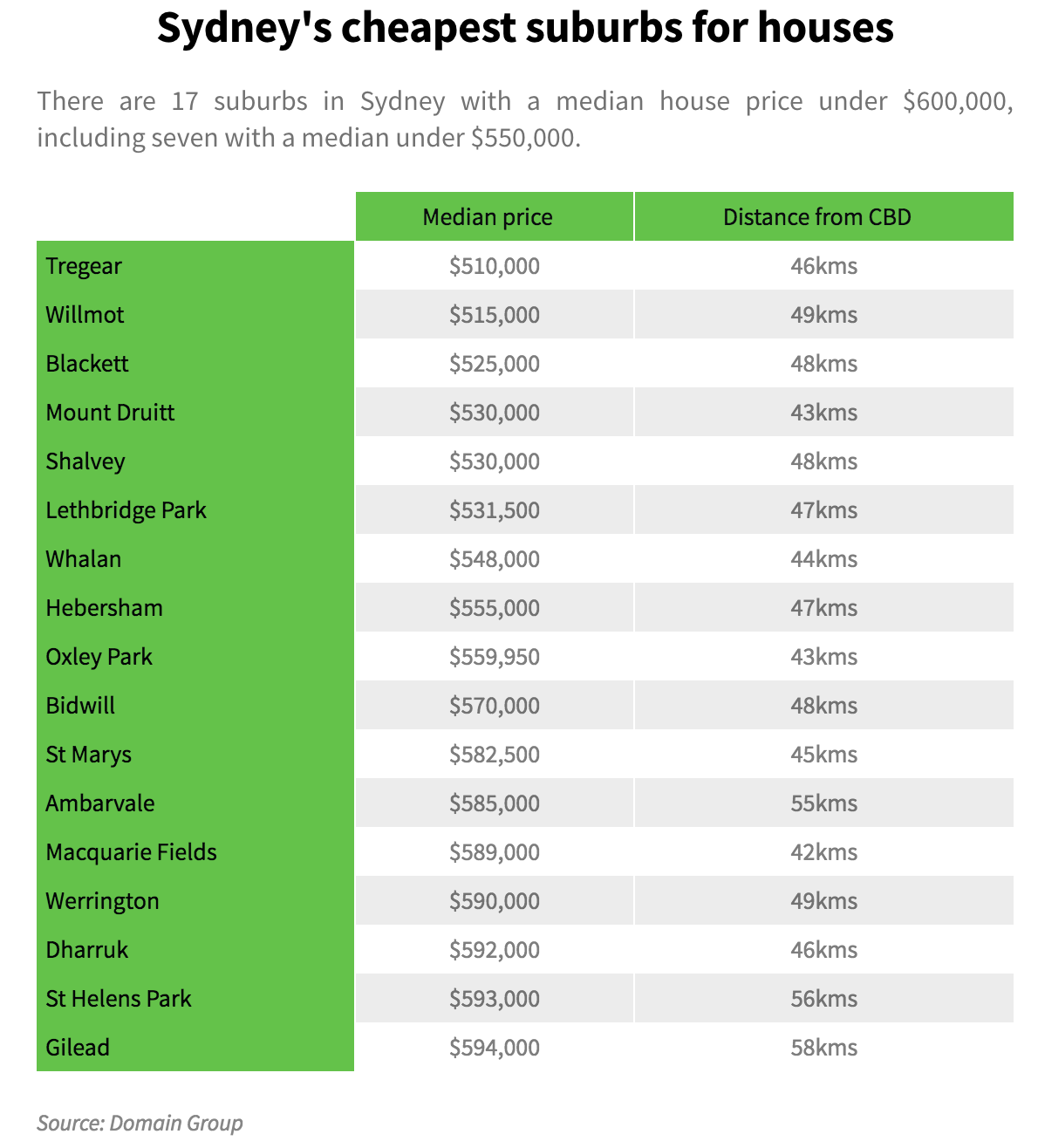 First-home buyer data released in August by the Australian Bureau of Statistics saw an uptick in NSW entry-level buyers, likely on the back of stamp duty concessions introduced in July.

This has likely pushed the single remaining suburb under $500,000 up above the mark, as well as increasing the median price in surrounding Blacktown area locations, First Home Buyers of Australia co-founder Taj Singh said.

Investment activity has also continued in these lower-priced areas, despite signs of an easing in activity with lower auction clearance rates.

For young buyers unwilling to consider suburbs more than 40 kilometres from the CBD, the alternative is apartments in the middle-ring for $600,000 to $700,000, Mr Singh said.

“There is a concern that entry-level housing may even exceed the stamp duty exemption level as demand for these areas grows,” he said.

This demand was making it “harder and harder” for those trying to get a foot on the ladder, Compass Economics chief economist Hans Kunnen said.

As a result, first-home buyers were likely to heavily rely on parents and relatives for assistance, and to consider regional or interstate locations.

Others were buying investment properties instead, he said.

But whether droves would move interstate to seek out affordable markets was less clear.

“Sydney is still where many jobs are but Melbourne and Brisbane are making a strong case in terms of job creation,” he said.