CoreLogic’s preliminary weekly auction clearance data showed a national clearance rate of 70.3% — just up from 70.2% and 70.0% in the preceding two weeks respectively.

The figures were consistent with recent results which suggest that the broader housing market is cooling.

However, among the two biggest markets, Melbourne continues to outpace Sydney in both auction volumes and clearance rates.

Melbourne also topped the nation with 0.6% price growth across the past month, while the monthly change in Sydney home values dipped into negative territory.

While preliminary clearance rates across the capital cities are holding just above 70%, the final figure typically dips lower once all results are collected.

Compared to the corresponding date last year, there were a higher number of auctions last week.

“There were 2,490 auctions held across the combined capital cities this week, up from 2,258 last week, making it the busiest week for auctions since the beginning of June,” CoreLogic said.

The increase was driven by a rise in Melbourne property listings, with 1,268 properties going to auction compare to 1,097 in the week prior.

Despite the rise in available stock, Melbourne still outperformed most capital cities with a clearance rate of 73.6%.

Among the major capitals, Adelaide had the highest clearance rate last week (75%) based on a total of 98 auctions, above from 74 auctions the previous week.

Canberra was the only other city to top a preliminary 70% clearance rate, as Sydney dipped back below 70% for the second time in three weeks. 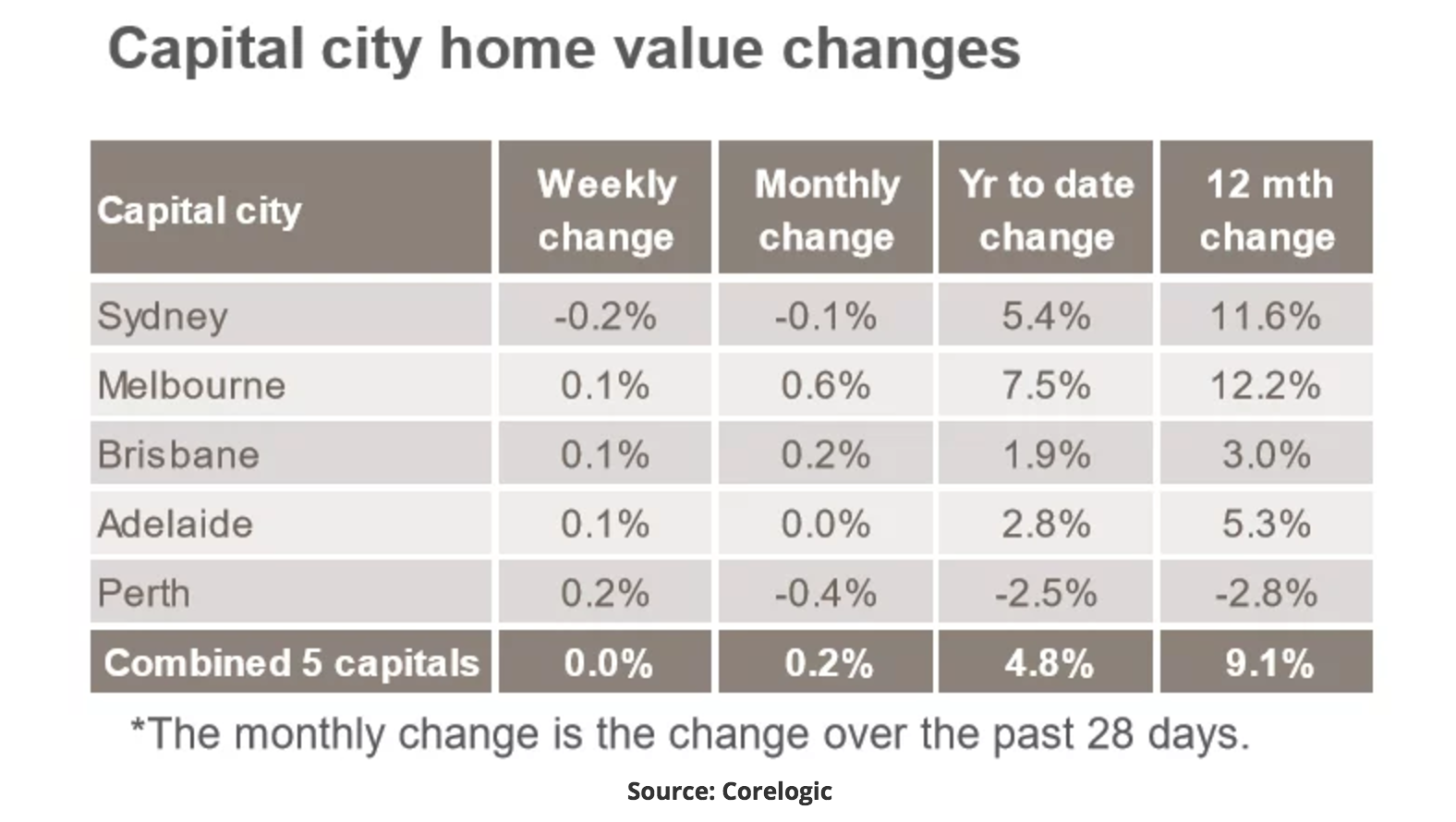 The weekly house price index is reflective of a recent slow-down in price growth across the major markets, with combined monthly growth of 0.2%.

That’s down from 1.8% at the end of March, just prior to the introduction of new macro-prudential lending restrictions from APRA.

This article was originally published by SAM JACOBS on SEP 18, 2017 via businessinsider.com.au