West Footscray next in line for housing boom along Melbourne's railways

This article was originally published by Adam Carey 27th Nov 2016 via theage.com.au | Image: VicTrack is investigating the potential to develop an area of under-used land next to the northern entrance to West Footscray Station, opposite Whitten Oval. Supplied Photo: Ravensdale, James

A dusty patch of dormant rail land, wedged between West Footscray station, the Geelong Road overpass and Whitten Oval, is being offered to developers who might want to turn it into affordable inner-city housing.

It doesn't look like much now: two derelict rail buildings heavily tagged with graffiti, a few trees and a warehouse that is used by a Rotary charity that helps family violence victims, homeless people and refugees. 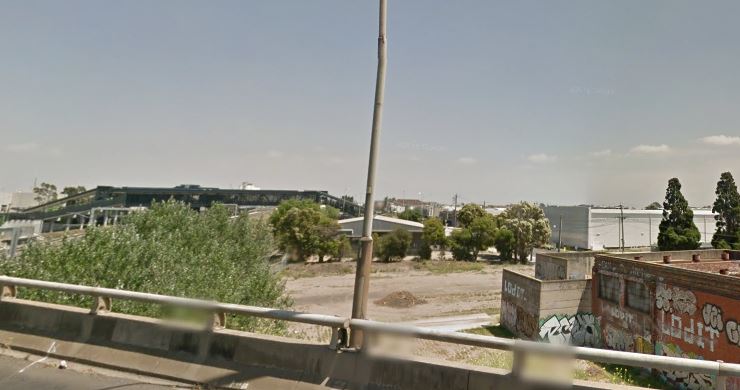 The site as it is today. Image: Google Maps.

But at 5000 square metres, the site could eventually have hundreds of new apartments just metres from a railway station that is planned to become one of the busiest in Melbourne's west when the $10.9 Melbourne Metro tunnel opens in 10 years.

The site is owned by government corporation VicTrack, and has been earmarked for development as part of a long-running project to build new housing on disused railway land near stations.

VicTrack, which owns the land and air rights within the rail network and is one of the biggest landowners in the state, has called on private developers to put forward their best ideas for what the site could be.

"We want to turn this under-used pocket of land into a new neighbourhood, with homes, shops and services connected directly to the train line at West Footscray station," a VicTrack spokeswoman said.

An expressions-of-interest document for the project says West Footscray "has been undergoing a significant period of gentrification" and the site would provide affordable housing "for prospective purchasers searching for a new home without having to look to Melbourne's outer suburbs".

The site's current tenant, the Western Emergency Relief Network, has used a warehouse free of charge for the past two years, but will need to find a new location in the western suburbs if it is to continue with its work.

"We anticipate by the end of 2017 we're probably going to have to move," charity founder Ross Butterworth said.

"We're quite comfortable with that but we certainly need to identify potential sites in the western corridor."

West Footscray station is a quiet suburban station now but is due to become much busier and more strategically important when Melbourne Metro opens in 2026.

A third platform is planned to be built there so some peak-hour trains from Pakenham can terminate and run back into the city via the nine-kilometre tunnel, instead of travelling to the end of the line at Sunbury.

A Melbourne Metro Rail Authority spokesman said VicTrack's plans would not interfere with the proposed third platform, because it would be built within the existing rail reserve.

"These construction works are expected to start in late 2018," the spokesman said.

According to the Department of Transport, once Melbourne Metro opens, a train will stop at West Footscray once every four minutes in the peak, and there will be between 160 and 170 trains a day in each direction.

"The Metro tunnel will enable turn-up and go services on the new end-to-end line from Sunbury to Cranbourne/Pakenham," a department spokesman said.

Passenger numbers at West Footscray are expected to be roughly three times today's levels, with about 5500 boardings and alightings a day.

VicTrack's efforts to put high-density housing on railway land have had a chequered history.

A proposal to build an apartment complex with 122 units at Jewell station in Brunswick got planning approval last year and plans are proceeding for a similar venture at Hampton station on the Sandringham line, but proposals at Camberwell and Alphington both met with fierce community resistance and were dumped. 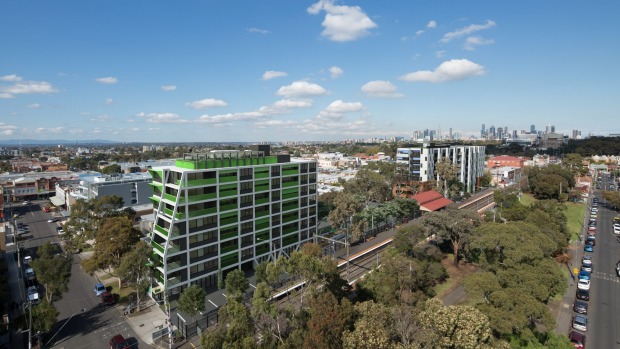